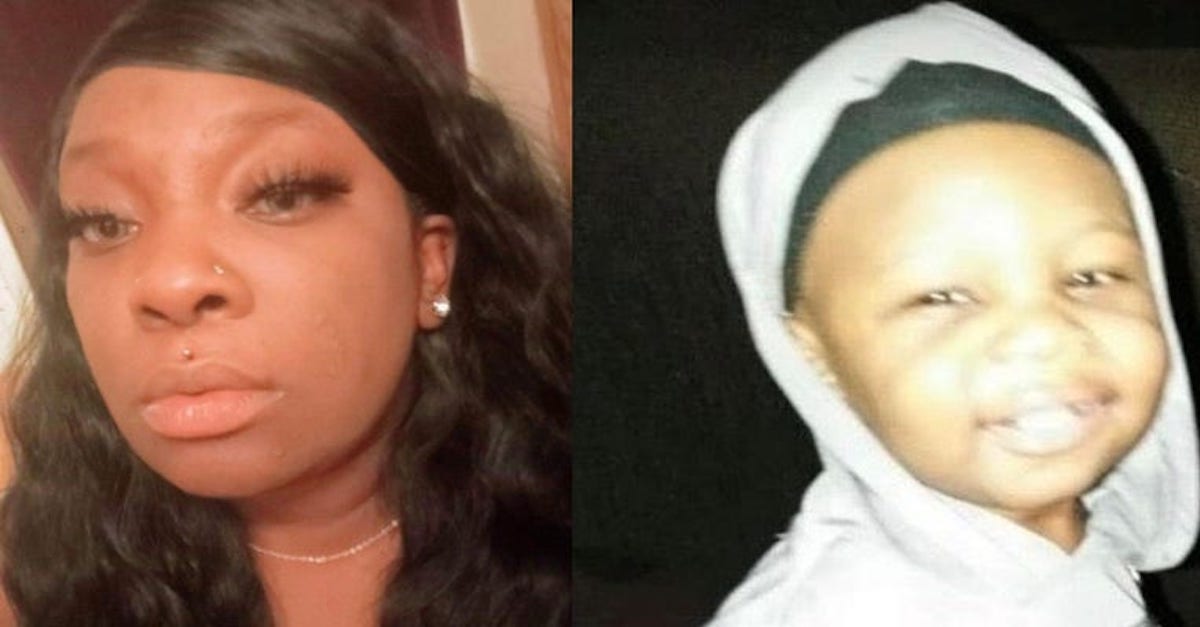 Keara Cotton and her 4-year-old son, Jayceion Mathis, courtesy of the Georgia Bureau of Investigation.

A mother in Georgia is behind bars this week after authorities accused her of killing her 4-year-old son, who was reported missing earlier this month. Keara Cotton, 27, was taken into custody on Monday and now faces felony charges for the alleged murder of Jayceion Mathis, state law enforcement authorities announced.

The Georgia Bureau of Investigation (GBI) on Monday announced that the agency was conducting an investigation into the whereabouts of Mathis.

According to a press release, several members of Mathis’ family on Thursday, Jan. 20, 2022 filed a complaint with the Vienna Police Department claiming that they had not seen the child for several months. Police detectives investigated the claim but were unable to locate Mathis or Cotton, both of whom lived together in a home in Vienna, for two days. Authorities said Cotton had not been seen since family members filed the initial complaint reporting Mathis missing.

Police on Saturday, Jan. 22, 2022 contacted the GBI and requested assistance in the investigation. The joint-agency investigation led to Cotton being located and arrested two days later.

Cotton was initially charged with two counts of cruelty to children, the GBI announced on Twitter.

Keara Cotton is in custody charged with 2 counts of Cruelty to Children. https://t.co/7CUoDGyfIb pic.twitter.com/W0OmpavHDX

But after taking Cotton into custody, the GBI announced that agents had also obtained information that led to the discovery of human remains in Cordele, Crisp County near East Sixteenth Avenue, which is about two hours south of Atlanta. The remains were not identified, but the GBI noted that the discovery was the result of “a missing child investigation.”

The GBI has arrested Keara Cotton for Murder & Concealing the Death of Another. A missing child investigation has led to the discovery of human remains in Crisp Co.

Agents will send the remains to the GBI Medical Examiner’s Office for identification. https://t.co/4dowtJ03Uc pic.twitter.com/D5kNmbFFNy

Per the press release, the agency sent the remains to the GBI Medical Examiner’s Office which will attempt to identify the remains and determine the cause and manner of death.

Following the discovery of the remains, Cotton was charged with one count of murder and one count of concealing the death of another in addition to the two counts of second-degree cruelty to children.

Authorities emphasized that the investigation into Cotton is “active and ongoing,” and urged anyone with information that might be relevant to the case to contact the GBI or submit an anonymous tip by calling 1-800-597-TIPS (8477).

Earlier this month, a mother in Gwinnett, Georgia, which is approximately three hours north of Vienna, was also arrested and charged with murder and second-degree cruelty to a child for allegedly killing her young son.

The mother reportedly claimed that her 1-year-old son was hit by a truck while playing outside on Christmas Eve and then died in his sleep overnight. Following the toddler’s death, the medical examiner reportedly said that the boy’s injuries “appear to be inconsistent with the story” the mother told.

[Image via Georgia Bureau of Investigation]