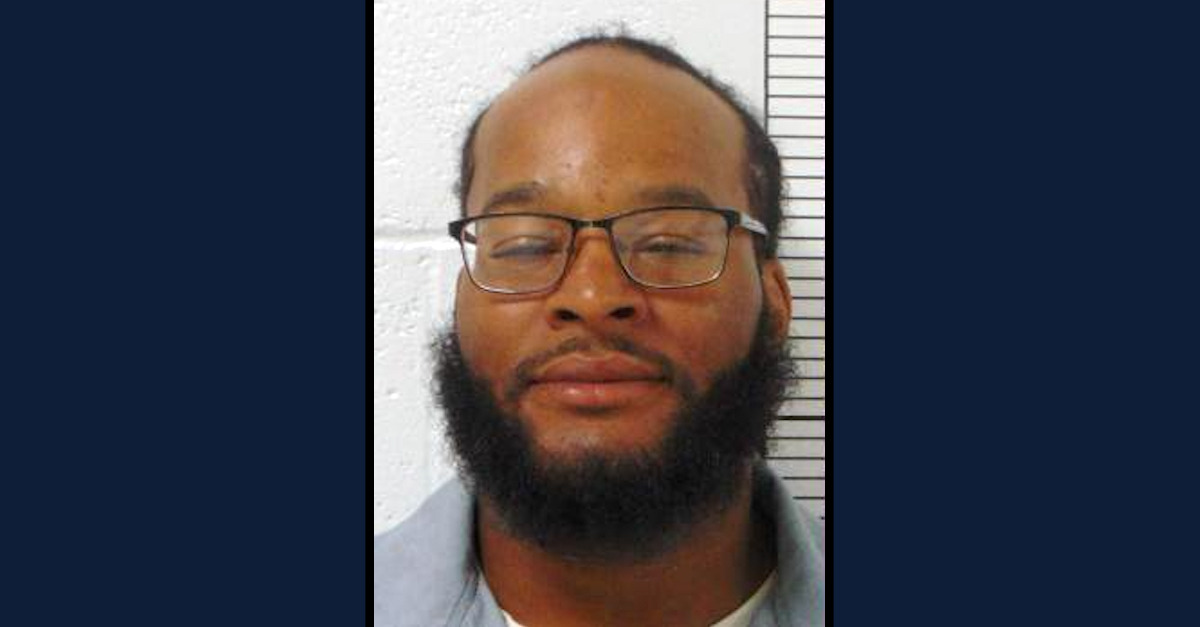 The State of Missouri has executed a man convicted of killing a police sergeant in 2005 in what’s been described as an ambush coupled with an execution-style murder.

Kevin Johnson, also known as “KJ,” “Rock Head,” and “Red Devil,” according to prison records, was convicted of ambushing and shooting Sgt. Bill McEntee as the latter responded to a call in Johnson’s neighborhood.

Johnson, 37, was pronounced dead at 7:40 p.m. Central time, according to a confirmation of the execution sent by a Missouri Department of Corrections spokesperson. The spokesperson, Karen Pojmann, said Johnson did not offer a final statement.

“Mr. Johnson has received every protection afforded by the Missouri and United States Constitutions, and Mr. Johnson’s conviction and sentence remain for his horrendous and callous crime,” Missouri Gov. Mike Parson (R) said while announcing that the execution would be carried out on Tuesday. “The violent murder of any citizen, let alone a Missouri law enforcement officer, should be met only with the fullest punishment state law allows. Through Mr. Johnson’s own heinous actions, he stole the life of Sergeant McEntee and left a family grieving, a wife widowed, and children fatherless. Clemency will not be granted.”

According to Parson’s office, Johnson shot McEntee five times. The sergeant survived those gunshots. Johnson then approached McEntee “and executed him with two more shots to the head while he was crawling on his hands and knees out of his wrecked squad car,” Parson’s office said.

“There is not and never has been any doubt about Mr. Johnson’s guilt,” the governor’s office continued. “Nor has Mr. Johnson’s conviction or sentence ever been reversed on appeal. Mr. Johnson’s case has been reviewed in the state trial court, Missouri Supreme Court, federal district court, Eighth Circuit Court of Appeals, and United States Supreme Court.”

The U.S. Supreme Court on Nov. 29 refused to grant Johnson’s application for a stay of the execution proceeding. Justices Sonia Sotomayor and Ketanji Brown Jackson would have granted the request for a stay.

“Pursuant to Missouri law, a special prosecutor appointed by the Circuit Court of St. Louis County brought a motion to vacate Johnson’s conviction and death sentence as tainted by racial bias on the part of the trial prosecutor and therefore unconstitutional,” Johnson’s application to the U.S. Supreme Court asserted.

The State of Missouri is poised to execute Kevin Johnson, not for his crimes, but because he is Black and his victim was White. In rejecting Mr. Johnson’s proffered evidence of purposeful discrimination, and thus denying a stay of execution, the Supreme Court of Missouri relied on its interpretation of this Court’s decision in McCleskey v. Kemp, 481 U.S. 279 (1987). Under that interpretation of McCleskey, no quantum of proof could ever sustain a claim of racial discrimination in a prosecutor’s charging decisions. This Court should set the record straight; McCleskey is not a license for States to execute citizens on the basis of race. A stay should be granted.

The claim of discrimination was not brought by Mr. Johnson, but by the very entity, through a duly appointed special prosecutor, that had put him on death row, The special prosecutor’s proffer provided strong evidence of racial discrimination. He proffered that the trial prosecutor in this case, Robert P. McCulloch, over nearly 30 years of prosecuting capital cases, discriminated at every key decision point. A multivariate analysis showed it was race, and not legitimate factors that dictated the result. The special prosecutor narrowed the analysis to cases most like Mr. Johnson’s and again showed that race was the operative factor; for Black defendants McCulloch sought death, but he spared the sole White defendant although his was the most aggravated case, after inviting that defendant the opportunity to plead for mercy, a privilege he denied the Black defendants. The special prosecutor found that McCulloch routinely discriminated in jury selection, including in this case, and produced an internal memorandum evincing a strategy to discriminate in jury selection in this case but avoid detection. And he produced anecdotal evidence of McCulloch’s racism, including a speech in 2018 that prompted a mass walkout by fellow prosecutors in disgust over McCulloch’s unabashed views.

As noted, the U.S. Supreme Court did not offer relief on these arguments and theories.

Mary McEntee, the victim’s widow, noted Tuesday night that her husband did not receive any semblance of due process from Johnson.

“When he left for work that day, we could not imagine that he would be executed by someone he gave his life to protect,” she said, according to CNN. “Bill didn’t get to fight for his life. He didn’t have the chance to be heard before a jury, to decide whether he would live or die.”

CNN noted that Johnson’s daughter, 19, was not present during the execution. She unsuccessfully fought to be present. Missouri bans anyone under 21 from witnessing an execution. CNN reported that the daughter met with her father separately before the execution on Tuesday.