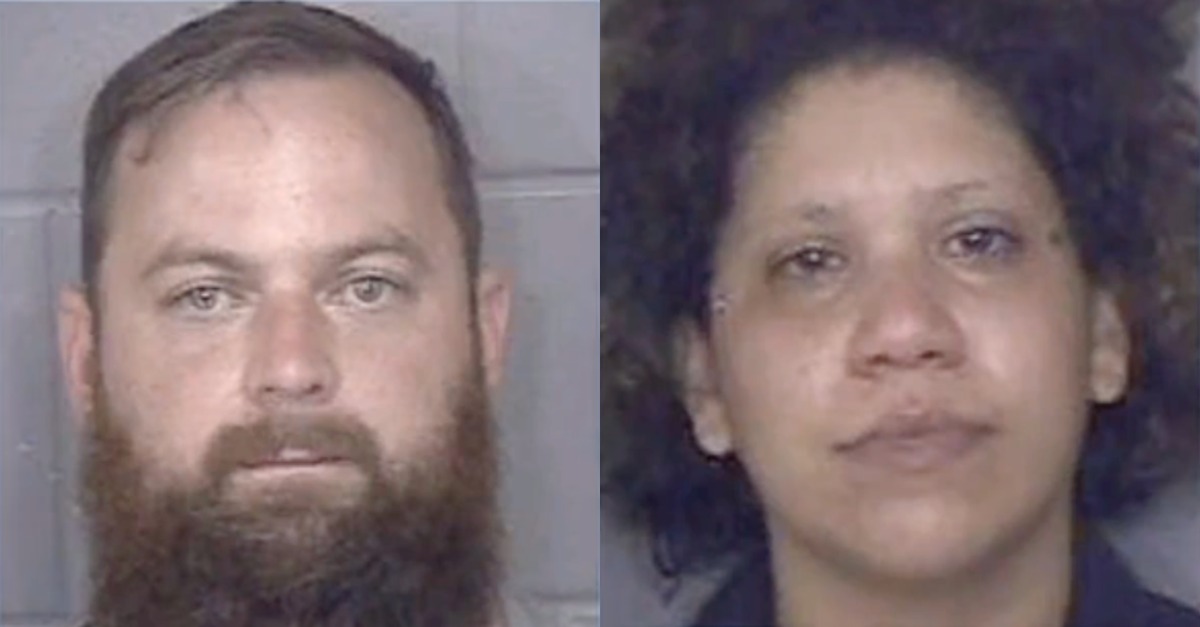 A man and woman in Missouri have been charged with murder over the death of a Texas woman who went missing in October of last year.

Kensie Renee Aubry was 32 years old when she disappeared. Her body was eventually found dismembered–buried beneath the home of an aviation business owner and his girlfriend in late July of this year.

Michael Hendricks, 40, and Maggie Ybarra, 30, stand accused of one count of murder in the first degree over the Texas woman’s death.

Hendricks has been facing separate-but-tangentially-related sexual abuse charges for some time after a girl under the age of 14 reported him to authorities for allegedly touching her vagina over her clothes and trying to entice her to have group sex with himself and Ybarra.

But that’s not nearly where the alleged victim’s stories stopped.

Her testimony eventually led investigators to the property near Grain Valley, Mo. where Aubry’s mutilated corpse was discovered.

According to the minor witness, Hendricks and Ybarra boasted of their violence against Aubry and provided photographic proof.

“Maggie showed her photographs on a cellphone of a female with her hands tied, naked and gagged,” an Independence Police detective wrote in court papers obtained by local ABC affiliate KMBC.

That macabre show of trust was the likely result of a prior relationship.

Ybarra, as it turns out, served as the foster mother of the alleged sex crime victim several years prior–though the defendant was reportedly relieved of her status as the child’s guardian after allegedly allowing multiple sexual partners to abuse the girl when she was younger.

According to the girl–who had recently found her way back to her onetime state-sanctioned custodian–Hendricks, Ybarra and Aubry “were all sleeping together and Ybarra said that Hendricks ‘choked [Aubry] to death’ and put her in the freezer.”

That method of death tracked with previous statements Hendricks had allegedly made in the girl’s presence. According to police, the defendant said “it turned him on when people die,” while all three (Hendricks, Ybarra and the unnamed girl) were watching a horror movie. After that movie, the girl told law enforcement, she was asked to have sex with the couple and Hendricks went on to molest her.

“Our community owes greatly a child victim in this case who came forward and alerted police of the gruesome criminal activity detailed in these charges,” Jackson County Prosecutor Jean Peters Baker said in a Monday morning press release. “Without her bravery, we might not know today Kensie Aubry’s fate.”

The prosecutor added she was  “grateful that we are able to deliver an answer to a family long wanting to know the fate of their loved one. We hope deliver to them and our community justice as well.”

The alleged child victim went on to tell authorities that Hendricks admitted to cutting Aubry’s body into pieces with a chainsaw in order to surreptitiously dispose of the woman’s remains.