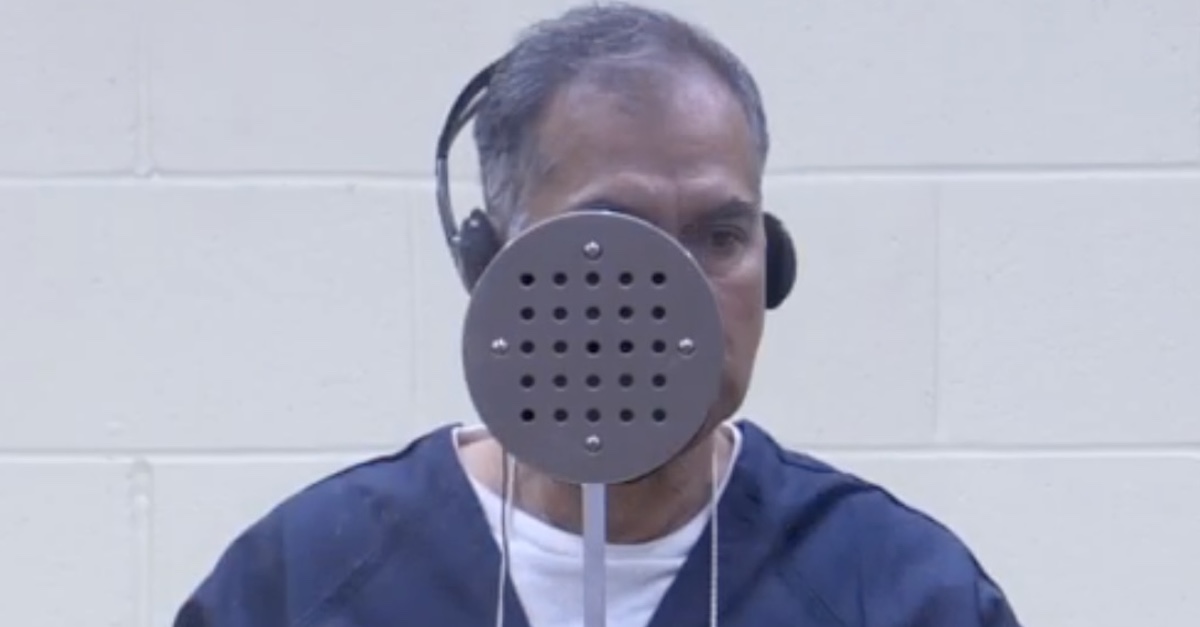 A 62-year-old man in California will likely spend the rest of his life behind bars after a jury convicted him of killing two men during during a birthday party for a 4-year-old child more than 30 years ago, authorities announced. San Diego Superior Court Judge Joan Weber on Friday ordered Jose Angel Solorio to serve a sentence of life in prison with the possibility of parole for fatally shooting German Aviles, 26, and Ventura Aviles, 21, prosecutors announced.

A San Diego County jury in May found Solorio guilty of two counts of second-degree murder for the double homicide in Ramona during a party for German’s daughter. Solorio will be eligible for parole after serving 34 years in detention.

According to a press release from the San Diego County District Attorney’s Office, German, Ventura, and Solorio were all attending the birthday party on June 7, 1987 when the three men began arguing “over getting more beer for the party.”

Prosecutors said that Solorio “became offended over an insult directed at him” during the argument.

“He left the party and returned with a loaded handgun,” prosecutors wrote in the press release. “While standing in the doorway of the apartment, Solorio fatally shot German and Ventura Aviles, then shot and wounded another man inside the apartment. He then shot a fourth man outside the apartment who was returning to the home with beer.”

Solorio was 27 when authorities say he shot German and Ventura. Prosecutors reportedly argued that the jury should reject any claims of self-defense because none of the men Solorio shot were armed with a gun at the time of the attack. While Ventura had a knife tucked in his waistband, there was no evidence that he ever brandished it, according to a report from the Times of San Diego.

Following the deadly shootings, Solorio fled to Mexico. He was able to hide from law enforcement authorities for 32 years before police in the city of Ciudad Juarez took him into custody in April 2019. He was extradited from Mexico City back to California in December 2019.

Per the Times, prosecutors dropped an additional charge of attempted murder and agreed not to seek the death penalty as a condition of Solorio’s extradition from Mexico.

“Today, the families of German and Ventura Aviles received a measure of justice after decades of mourning their loss,” San Diego County District Attorney Summer Stephan said in a statement. “The daughter of German Aviles had to grow up without her loving father over this senseless and violent act.”

Solorio briefly addressed the court prior to Judge Weber handing down the sentence.

“I have been regretting this since 1987,” Solorio reportedly said through an interpreter at Friday’s proceeding.

German’s daughter also addressed the court during the hearing.

“I’ve been waiting so long for this day. It’s sad to say it doesn’t change anything,” Alicia Aviles reportedly said. “I hope Mr. Solorio gets a glimpse of what we went through, knowing that he has his family but can’t see them.”

“You got the opportunity to live with your family, live with your children, live as a free man, while these families were devastated,” the judge reportedly said.