Man Kidnapped Two Women at Gunpoint, Shot One of Them, and Died in Shootout with Law Enforcement: Deputies 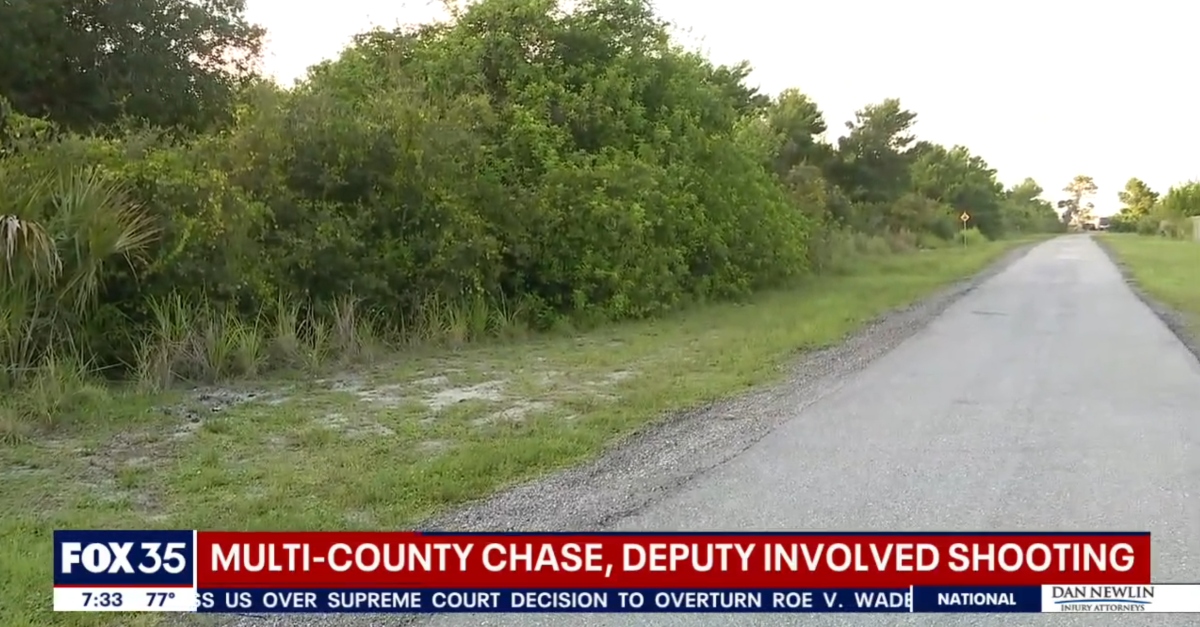 A man kidnapped two women, but he died in an ensuing shootout with law enforcement, according to authorities from multiple jurisdictions in central Florida. Brevard County Sheriff Wayne Ivey, Indian River County Sheriff Eric Flowers, and Sebastian Police Department Chief Daniel Acosta did not identify anyone directly involved in the incident that happened overnight.

The alleged kidnapping first landed on law enforcement radar in Osceola County, then progressed into Indian River, officials said. The kidnapper, holding two women hostage at gunpoint, fired multiple rounds at Indian River deputies, Ivey said. He drove into southern Brevard County on I-95, then progressed to US 1, the sheriff said.

The suspect shot one of the women, said Flowers. This shooting happened back in Osceola County, Brevard deputies said in a press statement.

The incident reached a conclusion after the suspect crashed the car, authorities said.

The man died after starting a shootout, officials said.

“As things progressed, the suspect continued to fire at our law enforcement officers, and our team was able to eliminate the threat,” Ivey said. “Multiple officers fired.”

He praised the law enforcement officers involved as heroes.

Authorities said they rescued both of the hostages. Ivey described the women as being safe and treated for injuries at nearby hospitals.

The investigation is ongoing, Ivey said.

“As is customary in officer involved shootings, the Brevard County Deputies have been placed on paid Administrative Leave pending the outcome of the investigation,” the sheriff’s office said in their statement.

The Brevard County Sheriff’s Office did not immediately respond to a Law&Crime request for more information, including the man’s name, and the current condition of the woman who was shot.