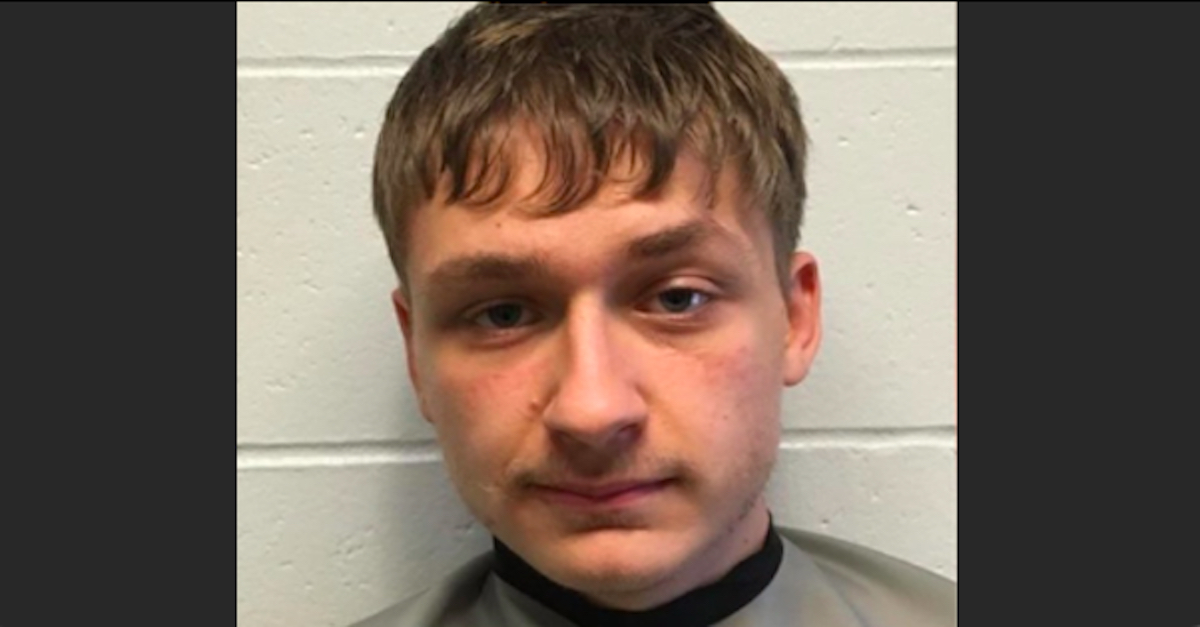 According to the report, the Democrat from Kansas City was pulled over while driving westbound on I-70 at mile marker 203. He was reportedly booked at approximately 1 a.m. in Douglas County Jail; he was released Saturday afternoon at approximately 1:37 p.m. after posting $250 bond.

A few hours before his arrest, Coleman criticized Kansas Democrats Rep. Brandon Woodward and Rep. Vic Miller for getting DUIs while in office.

“The only solution is expelling Brandon Woodard for *two* counts of felony DUI. And putting him in jail in Olathe for a night,” Coleman wrote on Twitter just after 8 p.m. Friday.

“Vic Miller. DUI while In office?… Very intrigued,” he added in a second tweet.

“I want to reiterate what I have said in the past: It is clear Representative Coleman is in dire need of help,” he wrote in a statement. “For the sake of the state of Kansas, his constituents, and himself, he should resign and concentrate on getting the help he badly needs. The stress of the legislature is not a healthy environment for someone in this mental state.”

“Mr. Coleman’s most recent arrest is further evidence that he is not fit to serve in the Kansas House of Representatives and that his continued presence in the Legislature is a disservice to his constituents,” she said. “He should resign immediately and seek the treatment that he needs.  If he does not resign, the Legislature should use its process to remove him from office.”

The embattled Coleman was previously arrested on suspicion of domestic battery on Oct. 30. According to a report from Topeka NBC affiliate KSNT, officers with the Overland Park Police Department responded to a 911 call at Coleman’s home at approximately 8:15 p.m. that night.

Coleman’s brother told police that he and Coleman got in a verbal altercation about his upcoming baptism that quickly escalated and became physical, according to court documents obtained by KSNT. The brother reportedly said Coleman pushed him, punched him in the chest, and spit on him. The grandfather of the two men also reportedly told police that he witnessed the fight between his grandsons and said Coleman threatened him with violence before kicking over a box fan and flipping a chair.

Officers arrested Coleman based on the statements from his brother and grandfather, KAKE reported. In the arrest report, officers reportedly noted that Coleman was “uncooperative” and refused to identify himself. His behavior was described as “extremely erratic” and he reportedly told police that he hadn’t slept in 72 hours. Police took him to the hospital before booking him into jail.

He was released on $1,000 bond and was ordered to undergo a mental health evaluation and complete a mental health program as a condition of his release. He’s pleaded not guilty to the charge of domestic battery.

The freshman lawmaker earlier this year was the subject of a legislative inquiry after a former girlfriend accused him of slapping and choking her but he only received an informal letter of warning, per The Kansas City Star.

As previously reported by Law&Crime, Coleman last year admitted to harassing girls online in middle school. In one incident, he threatened to share a nude picture of a woman if she didn’t send him more nude images. She refused and he followed through on the threat.

“I just don’t think he needs to be in a powerful position considering what he’s done to girls,” the victim, Kati Hampton, 20, told The New York Times. She told the outlet that she did not know Coleman at the time of the incident, saying she believed he found her on Snapchat.