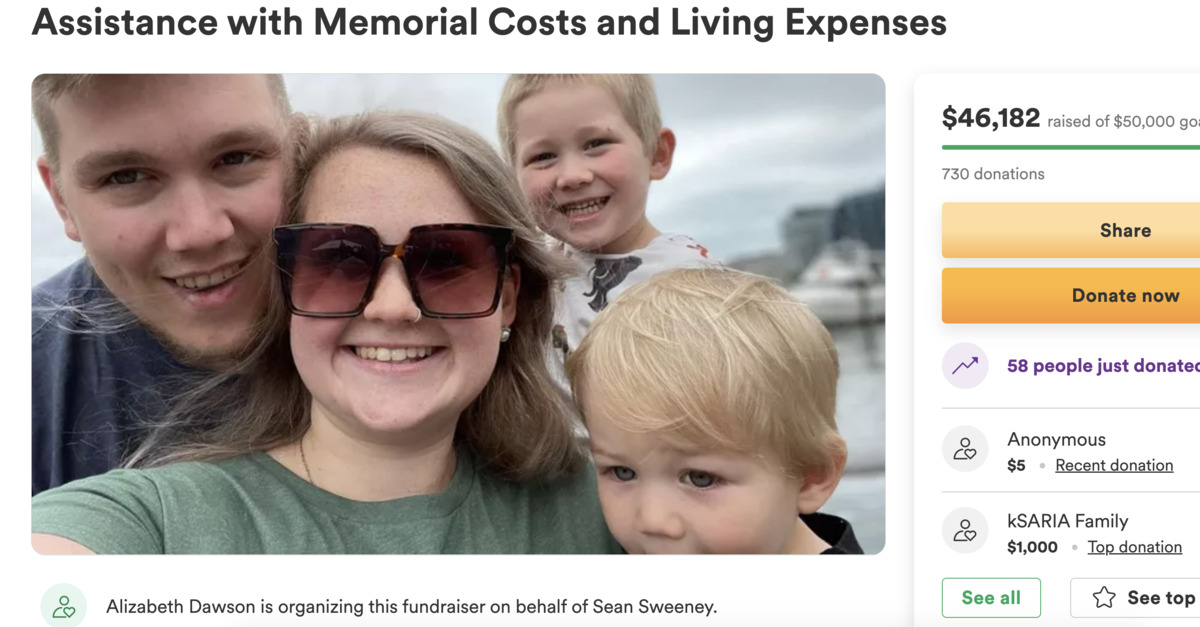 A New Hampshire juvenile has been arrested and charged in connection with the death of a mother and her two young sons.

The name and age of the person who stands accused of murder is not being released because “the law precludes any further information from being released,” the Granite State Attorney General said in a press release.

Termed the Northfield Homicides, the shocking violence that took the lives of Kassandra Sweeney, 25, Benjamin Sweeney, 4, and Mason Sweeney, 1, happened in Northfield, New Hampshire on Aug. 3, 2022.

“While things will never be ‘normal’ again, my body finally shut down and let me get some sleep last night … and I woke up feeling as ‘normal’ as possible,” he wrote on Facebook, according to Manchester, N.H.-based ABC affiliate WMUR.

A GoFundMe was started by Kassandra Sweeney’s cousin, Alizabeth Dawson. The fundraiser aims to help the surviving husband through the trying times and with memorial expenses stemming from the tragedy.

“My cousin Kassandra, one of the most genuine and beautiful people you could ever meet, and her two beautiful baby boys were taken from us,” Dawson wrote. “She was 25, and her boys were just 4 and 1. Our family is beyond devastated.”

The grieving cousin went on to say the financial help would go toward the family trying to “recover” from an “unimaginable loss.”

The incident occurred on the morning of Aug. 3, 2022. Late in the morning, law enforcement arrived at the Sweeney family home “in response to a 911 call for service,” the AG said, and “officers located the three deceased individuals inside the residence.”

Authorities went on to say that autopsies were conducted by Chief Medical Examiner Dr. Jennie V. Duval. In each instance, the manner of death was found to be homicide. Each of the three died from a single gunshot wound.

The surviving husband has been in contact with law enforcement and “very cooperative and helpful” in the ensuing investigation, the AG’s office said in recent comments reported by online news website MassLive.com.

“He is obviously beyond devastated as a result of these crimes,” Senior Assistant New Hampshire Attorney General and Chief of the Criminal Justice Bureau Geoffrey Ward said late last week.

The official added that the slayings are not believed to be random.

“We have identified all of the involved parties, meaning they’re accounted for, and so, there’s no reason to believe that the public in general is in any sort of danger from, say, a perpetrator of this offense,” Ward said.

Over the weekend, law enforcement were searching multiple areas in two separate towns – Northfield and Tilton – in the small northeastern state as part of their ongoing investigation into the murders.

“The search activity poses no danger to the public and will consist of a search for physical evidence,” a statement from state police read. “As previously announced, at this point in the investigation, investigators have identified all involved parties and there is no threat to the general public.”