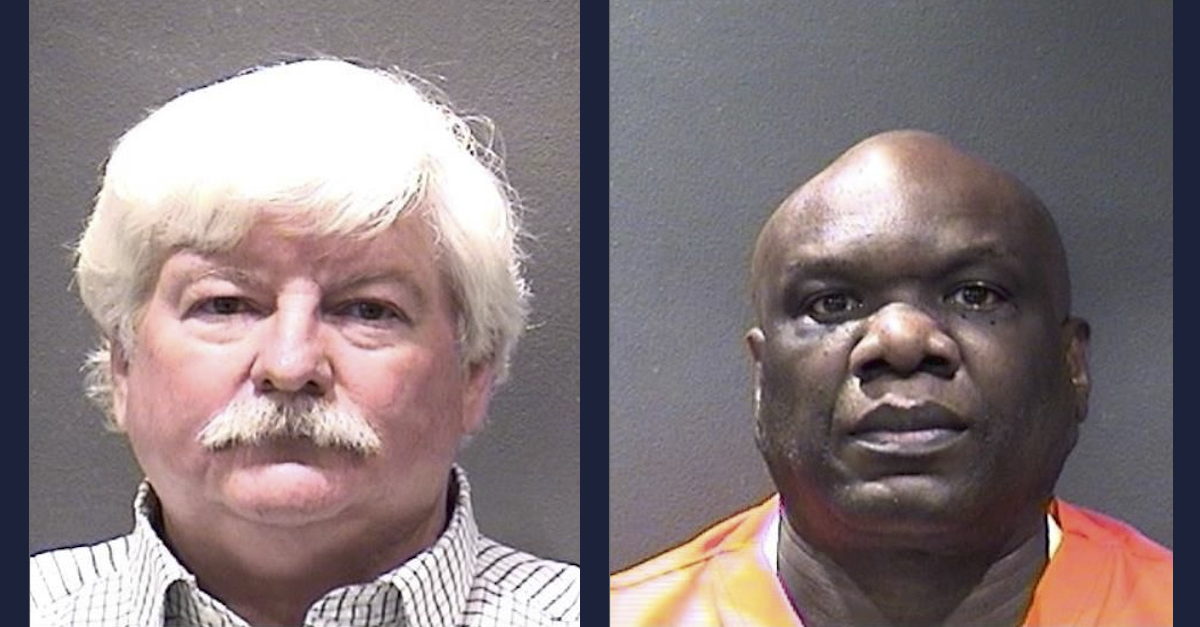 A reform prosecutor took a flawed cold case murder charge to trial and lost in dramatic fashion in Virginia on Tuesday, 24 years after law enforcement began targeting a man who would go on to be acquitted by a jury of his peers.

Arlington County jurors almost immediately found 60-year-old James Christopher Johnson not guilty of hiring a repeat violent offender to murder his then-fiancée, Andrea Cincotta, in their apartment in 1998. For the sake of allaying one juror’s concerns, they talked things out for about an hour, but after that, their conclusion to acquit was solidified.

No motive for why Johnson wanted the woman he had spent seven years of his life with dead was ever offered.

The prosecution’s cased hinged upon the testimony of one repeat violent offender, prisoner Bobby Joe Leonard, 54, who is currently serving a life without parole sentence for the 1999 rape and attempted murder, by strangulation, of a 13-year-old girl.

Leonard has been in prison since 2000 for the attack on the teenager; when the Cincotta cold case was reopened in 2018 he offered up Johnson in exchange for prosecutors not seeking the death penalty.

According to The Washington Post‘s Tom Jackman, the convicted rapist told Arlington prosecutor Theo Stamos and Arlington cold case homicide detective Rosa Ortiz about receiving a phone call from a man he believed was Johnson. During that alleged conversation, Leonard said the man on the other end of the line offered him $5,000 in exchange for Cincotta’s slaying. Earlier this year, Leonard pleaded guilty to strangling Cincotta to death.

To buttress the tall tale, Leonard also told law enforcement that he recognized Johnson’s number on the caller ID.

The murderer had previously been hired as “the computer guy,” and Cincotta gave Leonard her computer to fix sometime before she died when he was working around her apartment complex earlier that year. Johnson, however, told police, in an interview right after the murder, that he didn’t know the repairman’s name. Kevin Cincotta, the deceased woman’s brother, told police the same.

Police caught up to Leonard quickly, however, as he ended up in jail in Philadelphia on domestic abuse charges days after killing Cincotta.

Police performed a perfunctory investigation – taking Leonard’s fingerprints and DNA but failing to search his home or obtain any phone records that might have eventually come to support his decades-later story about the phone call asking for the hit.

Instead, during Johnson’s trial, Leonard’s ex-wife testified that the couple did not even have caller ID back in 1998.

Several additional efforts were made to support some aspect of the murderer’s story that he offered law enforcement in exchange for keeping him off death row. Each time, those efforts failed.

Then, as he sat in a holding cell waiting to testify last month, Leonard made a new demand: He wanted prosecutors to advocate for his move from maximum-security Wallens Ridge to a lower-security prison, which he said had already been approved but involved a two-year wait. Dehghani-Tafti approved the deal…

“Being a reform prosecutor also doesn’t mean you run away from hard cases,” Dehghani-Tafti reportedly said during the trial, in response to criticism from defense attorney Manuel Leiva that a self-styled progressive “never should have authorized this case to go to trial.”

The prosecutor also burnished her credentials by referring to her former stint as an Innocence Project attorney, the Post reported, saying: “we made sure that nothing was hidden from the defense, we made sure we were very transparent about the evidence we had. We made it a fair fight, and that’s the difference with a reform prosecutor.”

“This prosecution is a 24-year-old tangled web of lies,” attorney Frank Salvato added during the defense’s closing arguments.

Leonard, described by jurors as a “serial liar,” simply wasn’t enough for the state to make its case against Johnson.

“We could see the possibility that he could have done it,” jury foreman Chen Ling said after the verdict in comments reported by the Post. “But the probability wasn’t enough.”