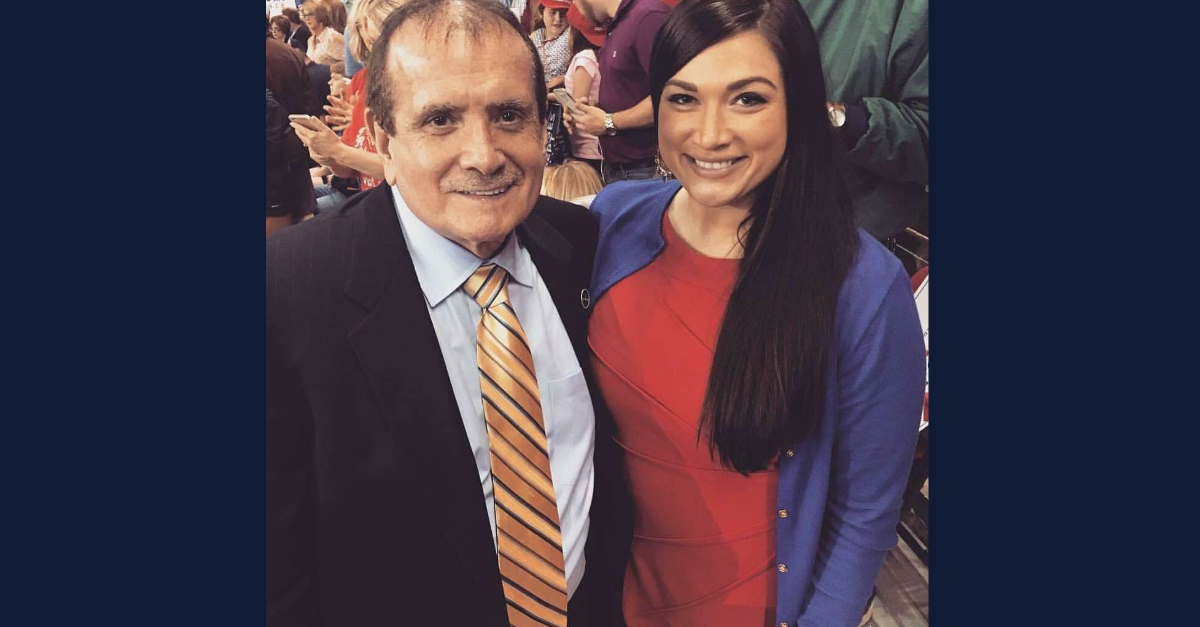 Jordan Morgan (right with her father C. Wesley Morgan in a photo from Facebook) was shot dead on Tuesday during a home invasion.

The daughter of a Republican former state representative from Kentucky was shot and killed during an early morning home invasion earlier this week, authorities say.

Jordan Morgan, 32, was killed when an intruder broke into her family’s $6.5 million home in Richmond at around 4:30 a.m. on Tuesday, according to Kentucky State Police. Her father, Clinton Wesley Morgan, confirmed that his daughter had been murdered in an interview with the Lexington Herald-Leader.

Mr. Morgan also revealed that he had been wounded while exchanging gunfire with the intruder, saying he and his wife had been “shot at.” He made a full recovery and was released from the hospital that same day while his wife managed to avoid suffering any injuries.

Gilday “forced his way into the home at approximately 4:00 am, armed with a rifle” and “fatally shot 32-year-old Jordan Morgan while she was in bed.”

“After the initial shooting, Gilday confronted the homeowner, when gunshots were exchanged between the two. As a result, the homeowner sustained non-life-threatening injuries, and the armed suspect left the scene in a white passenger car,” authorities said, noting that the 2016 Toyota Corolla has a license plate of 379-VMJ.

Gilday, considered “armed and dangerous,” is wanted as of Thursday afternoon on charges of murder, burglary, criminal mischief, assault, and attempted murder.

Some of the few details that have been made available were shared by Kentucky State Police in a news release on Tuesday evening:

The initial investigation indicates an armed suspect entered the home just before 4:30 am, at which time shots were fired, killing a female inside. Gunshots were then exchanged between the homeowner and the intruder. As a result, the homeowner sustained non-life-threatening injuries and was transported to the University of Kentucky Hospital, where he was treated and released. The armed suspect left the residence after the shooting, and no arrests have been made at this time.

The release also thanked the Richmond Police Department, Madison County Sheriff’s Office, and the Madison County Coroner for their assistance in the investigation.

Sgt. Robert Purdy later provided a brief update from the scene of the shooting on Wednesday, where investigators are still hard at work.

“The residence that we are searching, the residence where we’re looking for evidence is substantially large and we don’t want to miss anything,” Sgt. Purdy told reporters, according to the Lexington Herald-Leader. “We’ve brought in a lot of resources the agency has. We’ve brought in our best detectives, frankly, to comb the house, to look for evidence and take as much as we can from here so we know we can paint a picture of exactly what happened later on.”

Ms. Morgan served as a summer intern to Sen. Rand Paul and later worked on the campaign of Kentucky Gov. Matt Bevin according to her LinkedIn profile. She briefly served as Deputy Finance Director and Deputy Press Secretary for Gov. Bevin before taking a position as the Assistant Commonwealth’s Attorney for Kentucky’s 54th District.

Ms. Morgan had started a job with a new law form just one week before the fatal shooting (Facebook post above)

At the time of her death, Ms. Morgan had just started a new position at the law firm Reminger Co.

Her involvement in politics started long before her father took office. Mr. Morgan served a single term in the Kentucky House of Representatives from 2017 through 2018, and then unsuccessfully challenged Sen. Mitch McConnell for the Republican nomination in the 2020 election.

He said in a Facebook post at the time: “I am running because I want to help President Trump drain the swamp, and to do that, we must tackle the head swamp creature himself: Mitch McConnell.”

Mr. Morgan had listed his 14,300 square-foot home, which has nine bedrooms and nine and-a-half bathrooms, for $6.5 million. The property, which sits on 200 acres of land, had been on the market since August.