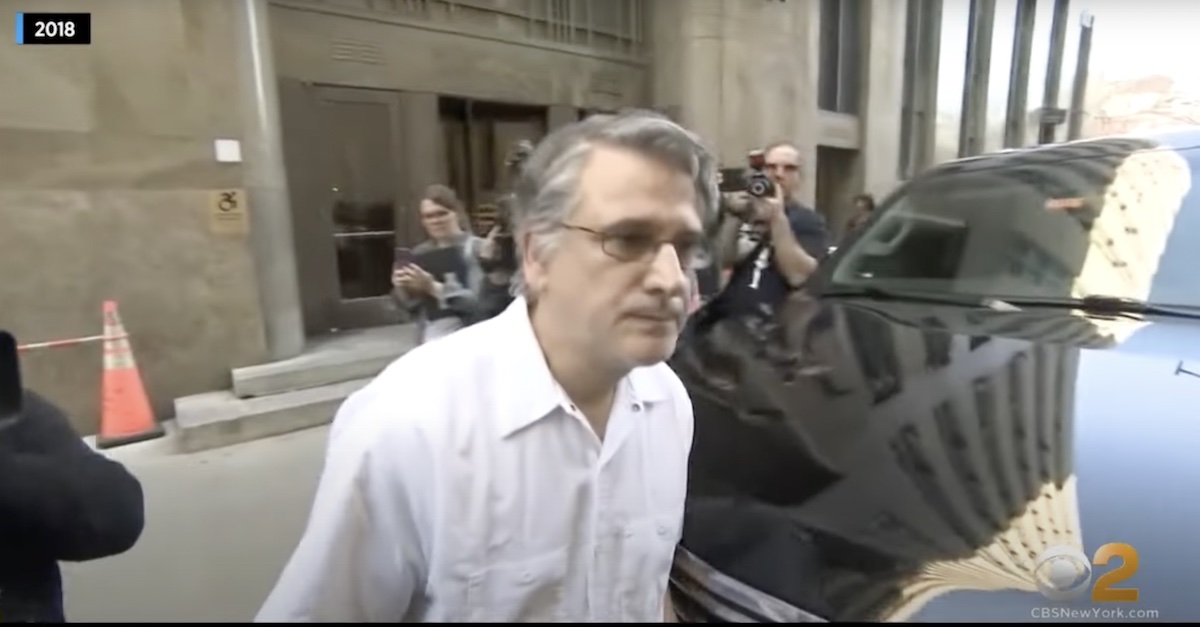 A convicted rapist who was recently found guilty of sexually abusing patients as a doctor was found dead on Monday morning in a suspected suicide. Former neurologist and pain management specialist Ricard Cruciani, 68, was discovered in a shower area at the Eric M. Taylor Center in New York City, according to local reports.

He had a sheet around his neck, according to jail documents obtained by The New York Times. Medical staff checked on him, but he died about an hour after the discovery, authorities said. The investigation is ongoing.

BREAKING: A man was found unresponsive seated in a chair in a shower area on Rikers Island at 5:35 am w/ a sheet around his neck. He was pronounced dead at 6:30 am, marking the 12th person to die in custody this year, per sources w @WRashbaum

The Eric M. Taylor Center is reportedly a jail facility for new admissions to Rikers Island, which has faced criticisms of dangerous, even deadly levels understaffing and overcrowding, especially in light of the COVID-19 pandemic.

Cruciani was being held in the understaffed dormitory general population area, an official said to be familiar with the matter told the Times.

Another official reportedly said Cruciani entered the shower area at 4:23 a.m. and was found unresponsive at 5:35 a.m. by the officer overseeing the housing area.

Officers are reportedly expected to tour every 30 minutes.

Cruciani was on suicide watch, and the officer assigned to look after him left their post, according to sources for The New York Post.

“Ricardo’s attorneys and family are shocked and saddened beyond belief to have learned of his violent death while in city custody this morning,” Cruciani attorney Frederick Sosinsky told Law&Crime in an email. “At our request — and for quite understandable reasons — at the moment of his remand into custody on July 29, the Court directed that NYC Corrections place Ricardo in protective custody and under suicide watch. Neither of these conditions were, to our knowledge, ever complied with. Had they been, we would not be having this terrible discussion. We are calling for an immediate and objective investigation into the actual circumstances of Ricardo’s death, including, most fundamentally, why in the world Corrections failed to follow the Court’s orders regarding placement of Ricardo.”

Cruciani was convicted last month in a Manhattan court of raping, abusing and sexually assaulting six of his patients.

Prosecutors in Manhattan and in federal court — where the defendant faced an upcoming trial — said Cruciani got female patients addicted to opioids and sexually abused them.

“Cruciani initiated physical contact by stroking his patients’ hair, complimenting their appearance and giving them uncomfortably tight hugs,” the Manhattan District Attorney’s Office has said. “Eventually, Cruciani progressed to forcibly kissing the women, groping them, and compelling them to perform oral sex and have sexual intercourse.”

Charges included rape in the third degree, and one count of sexual abuse in the first degree. The charge of predatory sexual assault alone presented a possible life sentence in the New York State sentencing hearing, which had been set for Sept. 14. His defense had promised to appeal the conviction.

Adam Klasfeld and Matt Naham contributed to this report.