‘It Took Nearly 11 Years’: Alabama Man Charged with Murder of Ex-Wife in Tennessee, Where She Was Found Dead Under Decaying Vines in a Cemetery 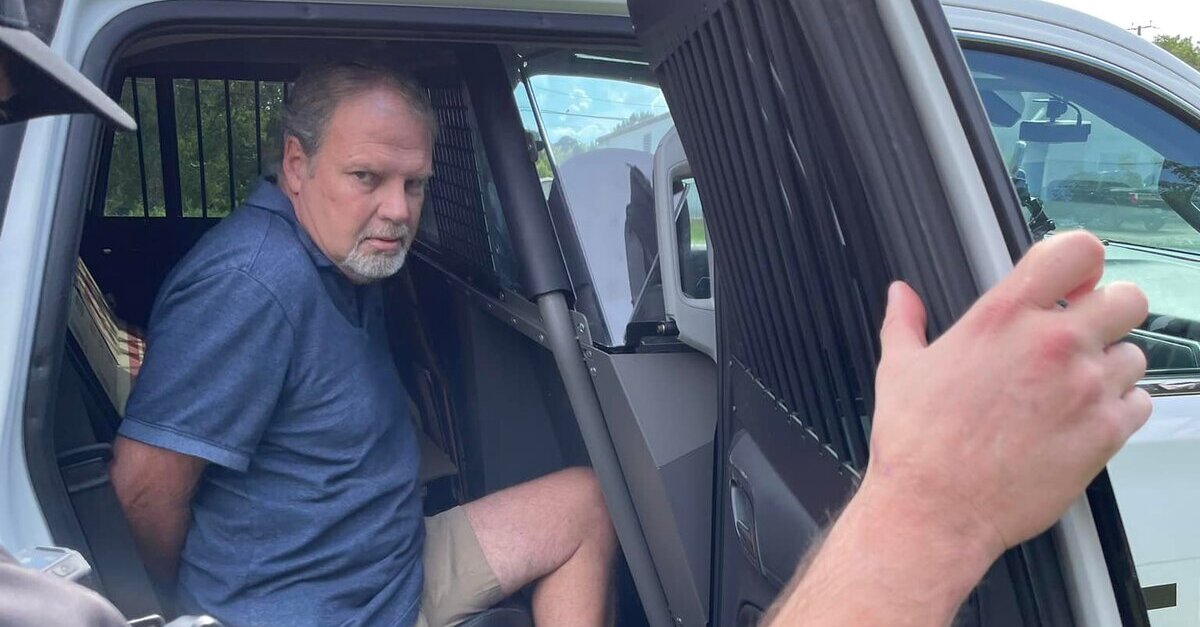 An Alabama man has been indicted and arrested in connection with the murder of his wife, who died more than 10 years ago, authorities say.

David Swift, 54, stands accused of one count of pre-meditated murder in the first degree over the October 2011 disappearance and death of 44-year-old Tennessee mother-of-four Karen Swift.

“We have literally spent thousands of hours on this case and a lot of that time was spent dispelling false information and rumors,” Box continued. “Our investigators never gave up and just kept going through the evidence and I want to sincerely thank them for their diligence in this case.”

The defendant, who later remarried and moved out of state, told investigators at the time that he last saw his then-wife after she came home early from a Halloween party, picked up their daughter, and went to sleep, according to Memphis-based NBC affiliate WMC-TV.

The deceased woman’s body was found nearly six weeks later, in a cemetery near the couple’s home, by a group of hunters, under decaying kudzu vines. Karen Swift’s body was partially clothed; she had been beaten to death; and was suffering from multiple fractures; her official cause of death was blunt force trauma to the head.

“Since that time he has never picked up the phone and called and asked about the investigation at all,” the victim’s mother, Carol Johnson said several years later, laying blame at her onetime son-in-law’s feet. “To me, if it was my wife that had been murdered, I’d be burning the phone up every day for answers.”

Authorities say they’ve had David Swift in their sights all this time.

The long investigation into Karen Swift’s death continued on it was turned over to the county prosecutor in October 2019.

“The one thing that held true since the early stages of the investigation into Karen’s death was that David was always a suspect because all the evidence pointed to him,” Box went on. “We were able to rule anyone and everyone else out involving this tragic murder and the grand jury made the right decision.”

The defendant was arrested on Monday afternoon by members of the DCSO and the Jefferson County Sheriff’s Department in Ala. He is currently awaiting extradition to the Volunteer State. David Swift is currently being held without bond by the JCSO until a hearing takes place.

“I really do appreciate the patience of the citizens of Dyer County while we investigated this terrible crime,” Box said in comments reported by WBBJ. “It took nearly 11 years but we can now go through the process of extraditing Swift back to Dyer County to face this charge at a trial.”

According to the DCSO, the defendant was taken into custody “after leaving his new divorce attorneys [sic] office.”

Karen Swift filed for divorce three weeks before she disappeared.

Box told WMC-TV that he was finally able to make a long-delayed phone call this week.

“As soon as (David) Swift was placed in handcuffs I called Carol and told her the news,” the sheriff said. “I always told her I had faith this case would be prosecuted and today we had a very emotional conversation. She just wants justice for her daughter.”

If convicted as charged, David Swift faces life in prison without the possibility of parole.