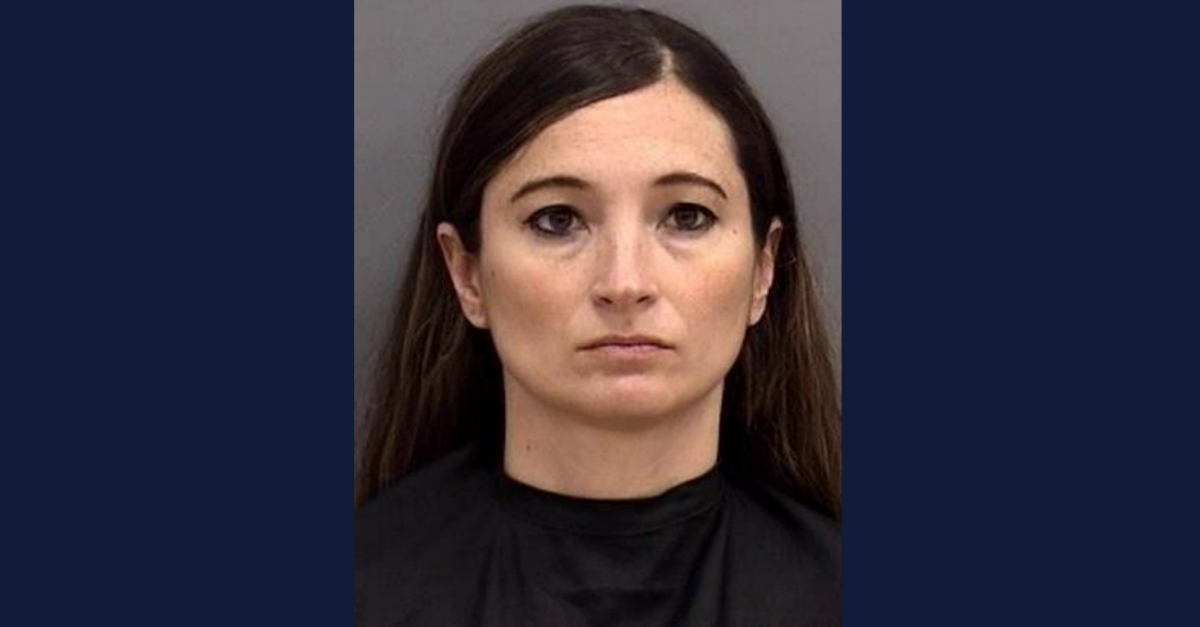 An Indiana woman convicted of poisoning a man’s oatmeal and strangling him to death with his favorite tie was sentenced to spend more than a century in prison.

Judge Michael A. Casati sentenced Heidi Marie Littlefield, 42, to 115 years total in state prison on Friday morning in Hamilton County. Court records reviewed by Law&Crime show that Littlefield was sentenced to 60 years for murder, 35 years for conspiracy to commit murder resulting in death, and 20 years for conspiracy to commit murder but not resulting in death for the attempted poisonings.

Those sentences were set to run consecutively, and the judge credited Littlefield with 748 days of time served, court records show.

The defendant recruited her older daughter Logan Marie Runyon and Runyon’s boyfriend Robert Walker in a plot to kill Francis Kelley, 46, authorities said. After she and her daughter poisoned the victim’s food on three instances, including his oatmeal, Littlefield ultimately attacked Kelley at his home in mid-January 2021 and strangled him to death with his favorite tie.

The murder stemmed from a custody dispute. Kelley was the father of Littlefield’s younger, then-2-year-old daughter. There was a hearing scheduled for Jan. 27, 2021 because Kelley claimed Littlefield was “violating the parenting time order,” according to cops in Carmel, Indiana, People reported. He claimed she was not letting him pick up their daughter, and Littlefield “would stay in his house during his parenting time.”

A relative told investigators after the crime said that Littlefield even made statements about the victim’s death.

“‘He’s better off dead,’ ‘I didn’t mean to kill him last time,’ and ‘I might as well say I did it and just say I’m crazy and pregnant,'” the relative, quoting Littlefield, reportedly said.

Littlefield reportedly claimed Kelley was abusive and said “she would be failing her daughter if the dude didn’t end up dead,” according to the Indianapolis Star.

As part of the plot, Littlefield gave Walker, her daughter’s boyfriend, $2,500 to hire a hitman.

Runyon, who pleaded guilty to a charge of conspiracy to commit murder, testified against her mother as part of a plea deal. Runyon reportedly testified that she and Walker used the hitman money for drugs, clothes, and hotels.

A prosecutor asked Runyon why she participated in the murder plot.

“Because I love her, and because we never really had a good relationship,” she reportedly answered.

Prior to his death, Kelley suspected something was wrong with the oatmeal and that Littlefield was responsible.

“Did you do something to the oatmeal that was in my fridge?” he reportedly texted his eventual killer on Jan. 14, 2021, shortly before she strangled him with his tie and smashed his head to the floor.

“What the actual [censored] are you talking about????” Littlefield replied.

“You were in my fridge last night and it tasted funny after a couple bites and now I am light headed,” Kelley wrote.

Littlefield reportedly deflected and turned it around on the victim.

“Who tf puts oatmeal in a fridge?” she asked. “I don’t know anything you do or want to! Your life and the stuff you say/do is beyond me.”