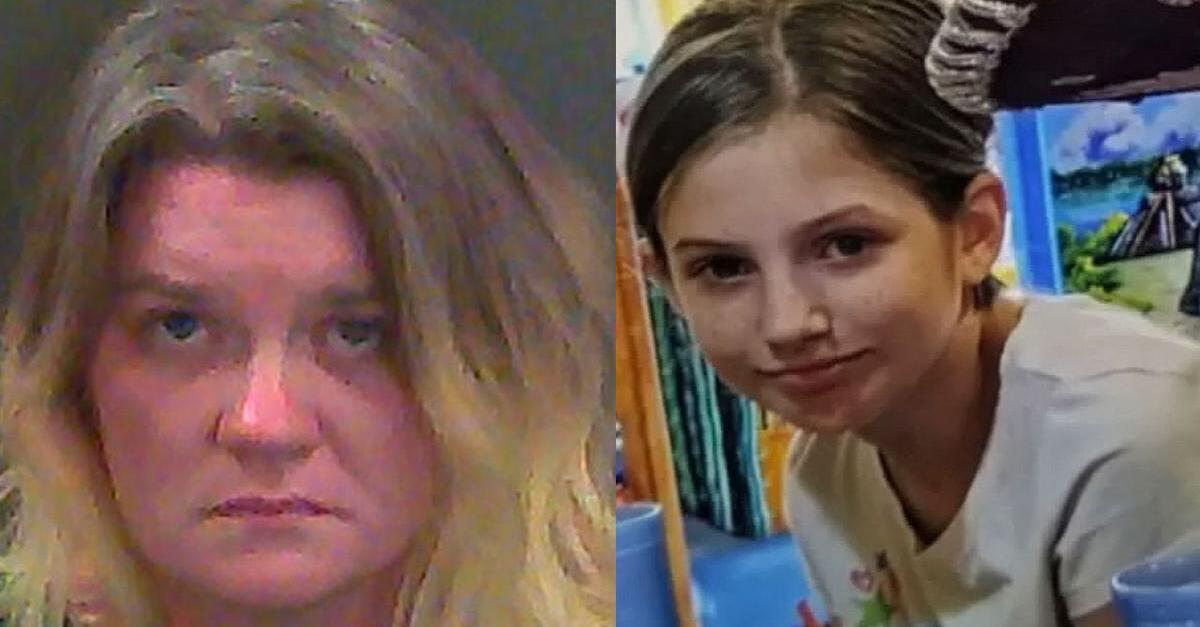 A 35-year-old Indiana woman sentenced to life in prison without parole following a conviction for murdering her 10-year-old stepdaughter has asked the state’s highest court to consider whether she was properly charged.

A lawyer for Amanda Carmack argued before the Indiana Supreme Court on Thursday that his client should have been charged with manslaughter, not murder. The defendant’s appeal “challenges whether sufficient evidence proved beyond a reasonable doubt that she did not act in ‘sudden heat’ when she killed the victim,” according to the court’s summary of the matter.

Carmack was convicted in August 2021 on charges of murder, neglect of a dependent resulting in death, domestic battery resulting in death to a person under the age of 14, and strangulation in the August 2019 death of Skylea Carmack.

During oral argument, Carmack’s appellate attorney Jerry Drook painted a picture of a parent under tremendous stress who had “reach[ed] the end of her rope,” using her words.

“So essentially she spent all day, everyday with six or seven children in her case while her husband worked as an over the road truck driver,” said Drook.

The lawyer said that Carmack was angry that Skylea, her husband’s biological daughter, lied and stole a charm bracelet from one of the other children and wanted her to be punished for it. Drook, emphasizing the unique dynamic between stepparent and stepchild, said Carmack then had a phone call with her husband while he was on the road, urging him to address his daughter’s behavior.

The lawyer described the girl’s behavior and the subsequent inaction to address it as “the straw that broke the back.”

“It’s a very difficult case to mitigate, but that’s what I’m asking the court to consider,” Drook said, asserting that voluntary manslaughter would have been a more appropriate charge. He acknowledged that Carmack admittedly strangled her stepdaughter.

The justices, for their part, appeared to signal that Carmack’s argument was more than an uphill battle.

“The manner of the killing in this is different than a lot of sudden heat,” Chief Justice Loretta H. Rush said, referring to the strangulation.

“The short answer is no,” Drook replied.

Evan Comer argued on behalf of the state and countered Carmack’s “sudden heat” claims, saying they “fail at the outset.”

“The state’s evidence definitively ruled out the presence of the kind of adequate provocation that can mitigate an intentional killing from murder to voluntary manslaughter,” Comer said. “And for it to be sufficient for a finding of sudden heat there must be proof that the defendant acted under anger, rage, resentment, or terror to the degree that it would cause a reasonable ordinary person to lose their ability to coolly reflect.”

“But the only provocation that Carmack identifies in this case consists of a series of behavioral problems like: taking food from the family’s kitchen without permission, flushing food down the toilet, being untruthful, running from home, taking a charm bracelet belonging to one of the other children in the house,” he added. “And at most these were run-of-the-mill behavior problems.”

As Law&Crime reported at the time, Carmack took the stand in her own defense.

“Things happen,” she said while being cross-examined by the prosecution about the killing.

Gas City Police and concerned community members frantically passed out flyers and conducted searches for Skylea, who was last seen alive on Aug. 31, 2019. Less than one week later, Carmack had admitted to strangling the girl to death in a shed behind the family’s home.

According to a probable cause affidavit obtained by WANE, the stepmother was evasive when questioned about the girl’s disappearance and displayed “numerous signs of deception and distraught.”

“I don’t remember,” she told police when asked about Skylea’s disappearance. “It doesn’t matter.”

Pleading a lack of memory, Carmack said she remembered “being on top of [the victim] in the barn while she was on her back,” the affidavit alleged. “She started choking her with her hands then she thinks she tied something about [Skylea’s] neck.”

“She wouldn’t explain why she had killed her other than she was very angry,” the court document added.

After confessing, Carmack led police to where she hid the girl’s body: in the family’s shed, stuffed inside several plastic trash bags.

“Multi-colored cloth pants” described as leggings were found around the strangulation victim’s neck.

The oral argument before the Indiana Supreme Court is available to watch online in full.