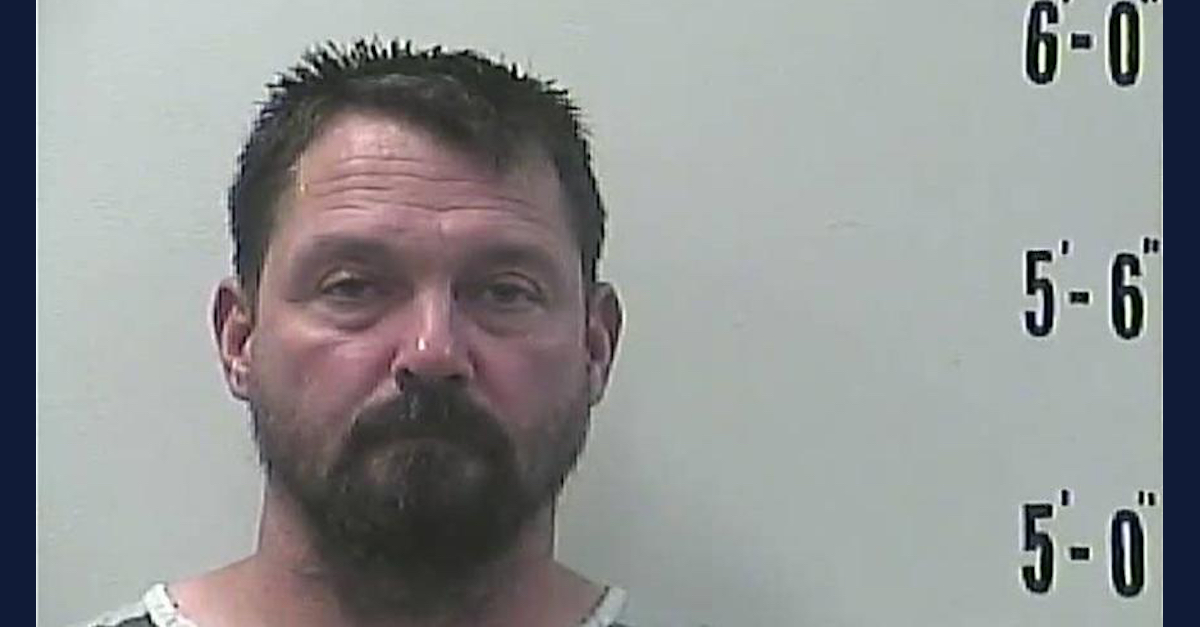 An Indiana man was sentenced to 76 years in prison on Friday for a 2018 murder and subsequent arson of the crime scene.

In April of this year, Danny James Clark, 50, was found guilty of murder, arson, abuse of a corpse, residential entry, theft, and invasion of privacy by jurors in Pulaski County over the death of 43-year-old William “Neil” Toosley.

On Aug. 13, 2018, Toosley’s body was discovered amidst the wreckage of a residential fire in Medaryville, Indiana. The deceased man was found laying face down and was initially believed to have died in the fire. An autopsy by the Pulaski County Coroner’s Office later determined that he died from repeat blunt force trauma to the back of his head, a homicide, and that his body was left there to smolder in the blaze.

It seems, however, that Toosley was not the originally intended victim.

Evidence presented during the defendant’s six-day trial showed that Clark originally entered the house in question and lay in wait for his ex-girlfriend — for two days. She never did show. Eventually Toosley, a friend of the woman, did — entering the residence on an errand, according to South Bend, Ind. ABC affiliate WBND.

That’s when Clark was alleged to have confronted his newfound victim with a shotgun and forced him to the ground near the front door. The defendant then bashed Toosley in the head, over and over, Pulaski County Prosecutor Kelly Gaumer said, killing the homeowner’s friend. The defendant then set fire to the house and drove off with the car in which Toosley had arrived, the prosecutor argued.

Jurors learned the victim was burned on over 80 percent of his body. Toosley’s skull had at least five points of impact.

Two week after the killing, Clark was arrested in Louisiana.

The Pulaski County Sheriff’s Department had identified Clark as a “person of interest” in the case due to his prior romantic relationship. That relationship resulted in domestic violence charges against the defendant from a May 2018 incident — charges that were still pending at the time of the arson and murder.

Investigators would trace the defendant to a payphone in Houma, Louisiana. Then they obtained surveillance footage of him in the area. Patrols then honed in on information that Clark had once worked at a shrimp dock in nearby Dulac. On Aug. 24, 2018, he was arrested without incident at a truck stop, according to the Rensselaer Republican.

The defendant allegedly made something of an alleged admission to detectives during his initial interview.

“[H]e started bleeding, shaking and he stopped moving, and I realized that I thought I’d killed him,” Clark reportedly said as he spoke of Toosley’s state immediately after the attack.

Jurors took four hours to deliberate and find the defendant guilty of each count against him, according to Knox, Ind. radio station WKVI.