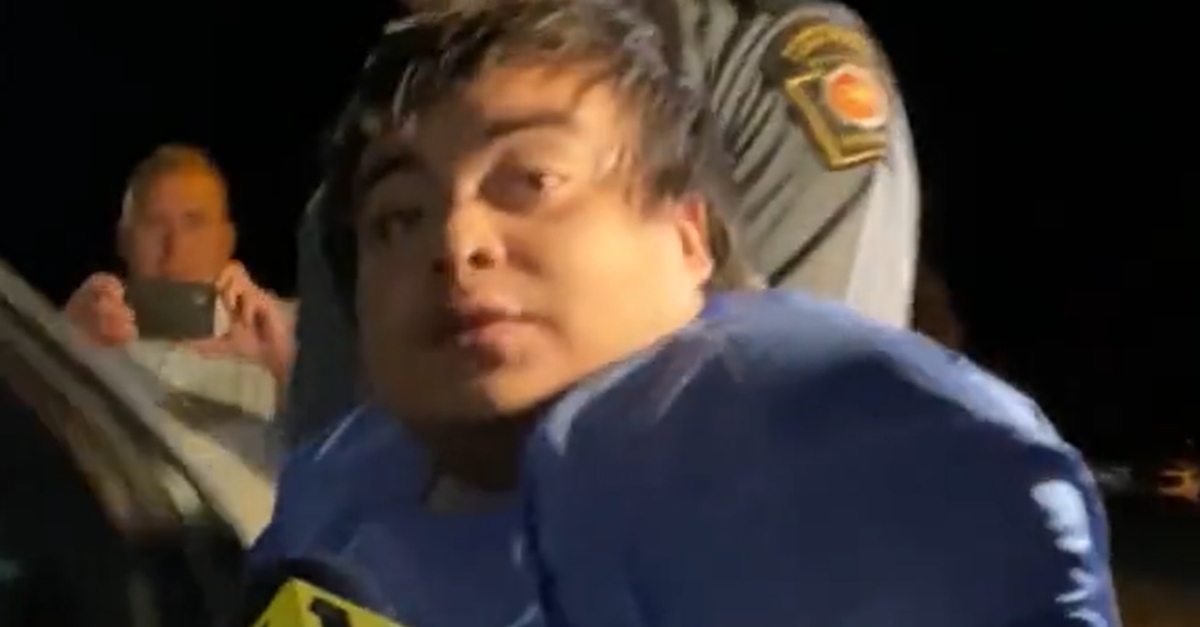 A Pennsylvania man is accused of plowing a car into a fundraiser, then attacking his mother in another location. Adrian Oswaldo Sura Reyes, 24, was arraigned Sunday for two open counts of criminal homicide, the Pennsylvania State Police said in a statement.

Troop N grieves with the Family members of all the Victims along with the entire Community during this difficult time. We will do a thorough Investigation and bring Justice to all involved!

Troopers said they got a call Saturday at approximately 6:15 p.m. to help the Berwick Police Department. A driver went through a crowd during a “community event” on West 2nd Street, authorities said.

That event was a fundraiser meant to support the victims of a recent, fatal house fire: seven adults and three children died. Now it is tragedy upon tragedy, with 1 person dead and 17 injured.

Tragedy in Berwick tonite at a fundraiser for Nescopek fire victims when a car drove into the event being held inside a bar. Details are still sketchy but there are victims, inc children. Pray for our neighbors! – Jeff

“Today was an absolute tragedy,” the Intoxicology Department bar said in a statement. “We will be closed until further notice. Please respect our privacy while we grieve and try to process the events that occurred.”

That was not the end of the chaos.

State cops got a call that in Nescopeck Borough about a man was attacking a woman. On arrival, troopers found the woman dead. Local police detained the man, according to troopers.

This man, later named as defendant Reyes, is the suspect in both incidents, police said.

The slain woman was identified as his mother Rosa Reyes, 56, according to ABC News. She died from being attacked with a hammer and struck with a vehicle, authorities said.

Defendant Reyes waved at reporters as troopers escorted him into a vehicle.

This is the man State Police say drove a car into the crowd of people at a fundraiser in Berwick for the victims of last Friday’s deadly fire in Nescopeck. He was later arrested at a home in Nescopeck where a woman was found dead. His name is being released shortly. pic.twitter.com/wgNk2gXgE8