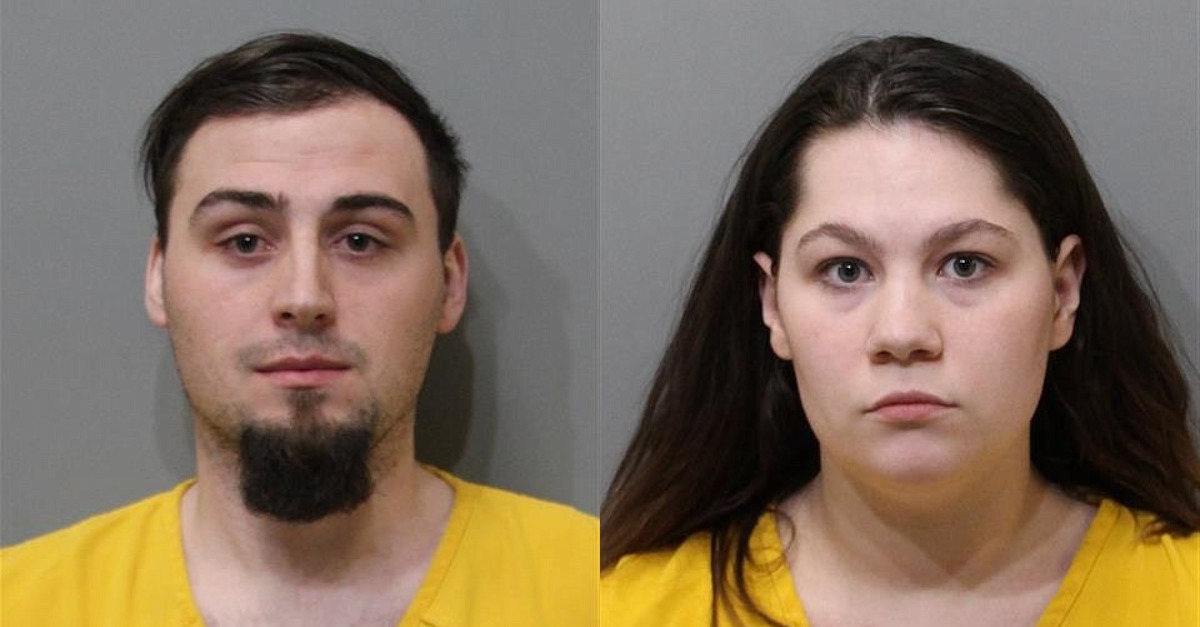 A man and woman in Idaho have now both pleaded guilty to the horrific physical and sexual abuse of an infant as of this week.

Nicholas T. Branson, 26, and Hailey N. Harris, 26, of Hayden, Idaho, were arrested in January of this year on charges of injury to a child and forcible sexual penetration by a foreign object.

According to the Coeur d’Alene Press, Branson pleaded guilty to both felony offenses earlier this week. Harris previously pleaded guilty to one count of felony injury to a child in late March of this year. During an interview with police, she admitted to causing some of the child’s injuries, Spokane, Washington NBC affiliate KHQ reported. Branson, however, admitted to injuring and sexually abusing the child. He was originally scheduled to enter his plea in March as well.

The baby girl at issue in the case was just seven weeks old at the time of the abuse. According to the Kootenai County Prosecuting Attorney, she suffered some 14 fractures, internal injuries, and genital trauma.

In December 2021, Kootenai County Sheriff’s deputies responded to the Kootenai Health hospital in Coeur d’Alene, after the agency received reports from medical staff that the infant had “traumatic” injuries that were “significant and critical” as well as consistent with sexual abuse, according to court documents cited by the Press.

A doctor at the hospital reportedly logged several brain injuries, describing them as “very specific to abuse” and “not seen in accidental head injury.” Staff also found evidence of multiple injuries to both legs likely caused by “forceful grabbing and twisting” of the infant girl’s limbs, court documents obtained by the paper note. Additionally, she reportedly suffered numerous rib fractures which were sustained at various points in time as well liver damage from blunt force trauma to her abdomen.

Law enforcement also reportedly said the child had visible bruises “patterned after a fist or fingers” and injuries that were consistent with a bottle being roughly forced into her mouth by an adult.

Evidence cited in the case included a bloody diaper and incriminating text messages between the pair. After a month-long investigation, authorities executed arrest warrants and took the defendants into custody.

“I’m going to freak out,” the messages went on. “I cannot handle it anymore.”

In the Gem State, injury to a child is punishable by up to 10 years in prison. Forcible sexual penetration by a foreign object carries a maximum penalty of life in prison.

The child’s current condition is reportedly unknown. In January, the sheriff’s office said she was no longer in immediate danger.