‘Her Bones Protruded from Her Skin’: Grisly Details Emerge After Megachurch Leader Charged with Torturing and Murdering 11-Year-Old Daughter 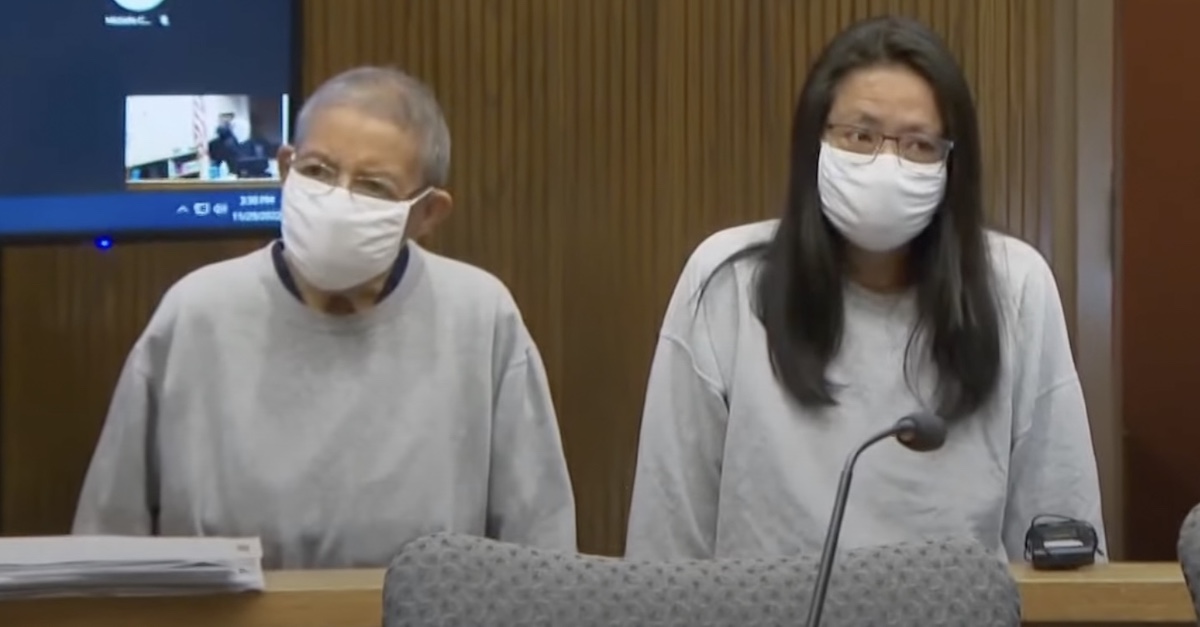 A judge in California will not allow a local megachurch leader and her mother to be released from jail, saying the horrific allegations that they tortured and starved their 11-year-old adoptive daughter and granddaughter to death made them a danger to society and a flight risk.

San Diego Superior Court Judge Kathleen Lewis on Tuesday denied bond for 49-year-old Leticia McCormack and 70-year-old Adella Tom, both of whom are charged in the death of young Aarabella McCormack, the prosecutor’s office confirmed to Law&Crime.

Leticia McCormack, an ordained elder at San Diego’s Rock Church, is facing one count of first-degree murder, three counts of torture, and three counts of willful cruelty to a child in the death. Her mother faces three counts each of torture and child cruelty.

Stanley Tom, Leticia’s father and Adella’s husband, also faces one count of murder and three counts of torture, as well as three counts of illegally paying for adoption. Stanley waived his right to a hearing on the status of his bond, according to the San Diego Union-Tribune.

The second and third counts of torture, child cruelty, and illegal adoption charges against the defendants stem from the adoption and alleged treatment of Aarabella’s younger sisters, ages six and seven.

“When [first responders] arrived they found 11-year-old Aarabella lying on the living room floor. She was pale, unresponsive, and had no pulse,” Pro said in footage captured by a shared media camera inside of the courtroom. “At the time of her death, Aarabella visibly was already severely emaciated. Her bones protruded from her skin. She had visible bruising, lacerations to her body. After further investigation, it was learned that she had 15 healing bone fractures to her body.”

Pro also pointed out that Aarabella weighed only 48 pounds when she died. That was “less than what she weighed at the age of five years old,” Pro said.

“We can imagine no scenario where individuals like this, are facing charges such as this, against outrageous evil actions such as this, where they are not a danger to the public,” Pro concluded, according to a report from San Diego NBC affiliate KNSD.

Investigators with the San Diego County Sheriff’s Office Homicide Unit arrested Leticia and Adella on Nov. 7 at a residence located in the 32000 block of Sutter Road in the Lucerne Valley area of San Bernardino County. Stanley was detained near the intersection of Cable Street and Del Monte Avenue in the Ocean Beach area in San Diego.

Authorities say the investigation into the family began when deputies from the sheriff’s Rancho station responded to an emergency call about a child in distress at a home located in the 3300 block of Lakeview Drive at approximately 2 a.m. on Aug. 30. First responders found the child, later identified as Aarabella, and Emergency Medical Services personnel rushed her to a local hospital. Her condition continued to deteriorate and she was pronounced dead shortly after being admitted.

Prosecutors have reportedly alleged that all three adults charged in the case physically abused Aarabella and her sisters in various ways. The adults allegedly struck the children with “paddles and sticks” and forced them exercise for extended periods of time while withholding food and water. Both of Aarabella’s sisters have since been placed in the care of a foster family.

Deputy DA Pro on Tuesday also reportedly said that Aarabella’s adoptive father would also be facing felony charges had he not taken his own life.

Brian McCormack, who was an agent with U.S. Customs and Border Protection, reportedly shot himself in the head while inside of his pickup truck on Aug. 30 as police sought to speak with him about Aarabella’s death.

“There would be a fourth defendant in this case,” Pro said, according to the Times of San Diego.

Leticia McCormack and her parents are currently scheduled to appear in court on Jan. 18 for readiness hearings and again on March 1 for preliminary hearings, the prosecutor’s office said.