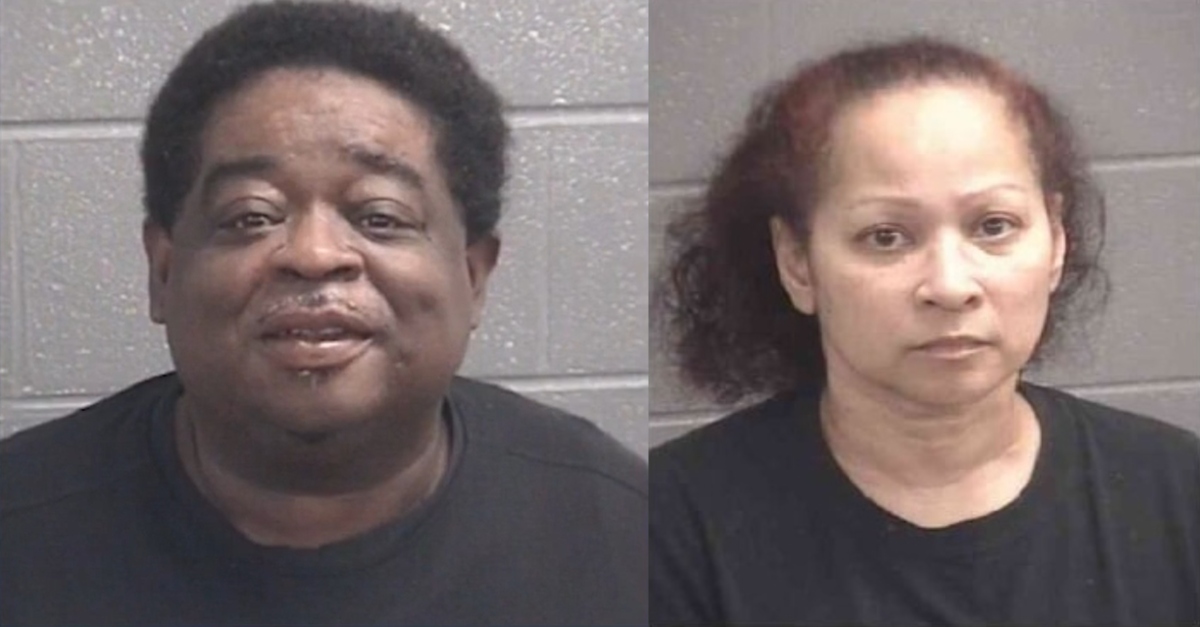 A Georgia “pastor” and his wife have been charged with false imprisonment after authorities allegedly found people living inside their unlicensed group home in captivity.

First responders said they showed up to a home about a person suffering from a seizure, and while that is all too tragically common, what they discovered was allegedly anything but normal. Authorities discovered people living inside an unlicensed group home, according to the Griffin Police Department in Georgia.

Curtis Keith Bankston, a 55-year-old whom authorities say “claims to be a ‘Pastor,'” and his wife Sophia Simm-Bankston, 56, were charged with false imprisonment, officers said. They allegedly locked the patients inside at certain times, controlled their finances, and even withheld medication and sometimes medical care, officers said.

“The ‘caretakers’ have been leasing this property for approximately fourteen months, using the basement as a personal care home for the individuals, which essentially imprisoned them against their will, which created an extreme hazard as the individuals could not exit the residence if there were an emergency,” the police department said. “It was further determined that most, if not all, of the individuals residing in the basement were mentally and/or physically disabled.”

Authorities said Tuesday that eight people lived there. The patients were between the ages of 25 and 65, authorities said. The couple ran the unlicensed group home under the “guise” of a church called the One Step of Faith 2nd Chance, officers said.

An attorney denies that they engaged in abuse.

“At no time was anybody held against their will,” attorney Dexter Wimbish said with client Curtis Keith Bankston and supporters, including some church leaders, at his side on Thursday, according to The Atlanta-Journal Constitution. “There was no kidnapping. There is no fraud here. This is simply a Christian man who was following his calling to help those who are in need. We cannot sit by and allow ministry to be attacked.”

Officers cast doubt on Bankston’s job as a religious leader, writing that he “claims to be a ‘Pastor.'”

Pastor Curtis Carter of the 1st True Faith Deliverance Church of Decatur, Georgia, pushed back on that. He said he knew Bankston for more than 30 years.

“For me to hear the allegations against him, it disturbed my spirit because he’s worked with my church,” he said, according to the AJC. “He’s worked in my community and his character is beautiful. He’s not a so-called pastor or so-called preacher. He is a man of God.”

According to cops, EMS and fire officials saw that the door to the basement had a deadbolt lock. They had to climb through a window to get to the patient, officers said. Bankston and Simm-Bankston locked them inside at certain times, officers aid.

Wimbish maintained that this was a “zoning issue that has become criminalized.” He said the basement doors were locked every night at 8 p.m. to protect the residents who lived with mental illness from wandering away. One resident did have a key for the basement door, but this person was not there when the paramedics arrived. This possibly violated local ordinance, he acknowledged, but it was nothing sinister.

“That is poor judgment,” he said. “It is unfortunate. It is likely a violation of a local ordinance, but it is not kidnapping, and it’s not false imprisonment. And that’s what the narrative is.”

Officers claim the couple took control of the patients’ money.

“It was further determined that the Bankston[s’] were in control of the disabled individuals’ finances, medication, and public benefits,” cops said. “The investigation also revealed that these individuals had been denied their medications and, in some instances, medical care as well.”

Wimbish said checks proved many of the patients had conservators handling their finances, paying money to the church for room and board. He maintained they were fed three times daily.

The Division of Aging Services is also running their own investigation. More charges could be pending against the couple, officials have said.

“Those that were wards of the state or willing to be moved have been placed in care homes where they will receive the proper care and attention they deserve,” authorities said.

Police asking that anyone who may have a family member or other loved one under the care of the couple at some point now or in the past to contact Investigator Clark at (770) 229-6450, ext. 544, or email at [email protected]