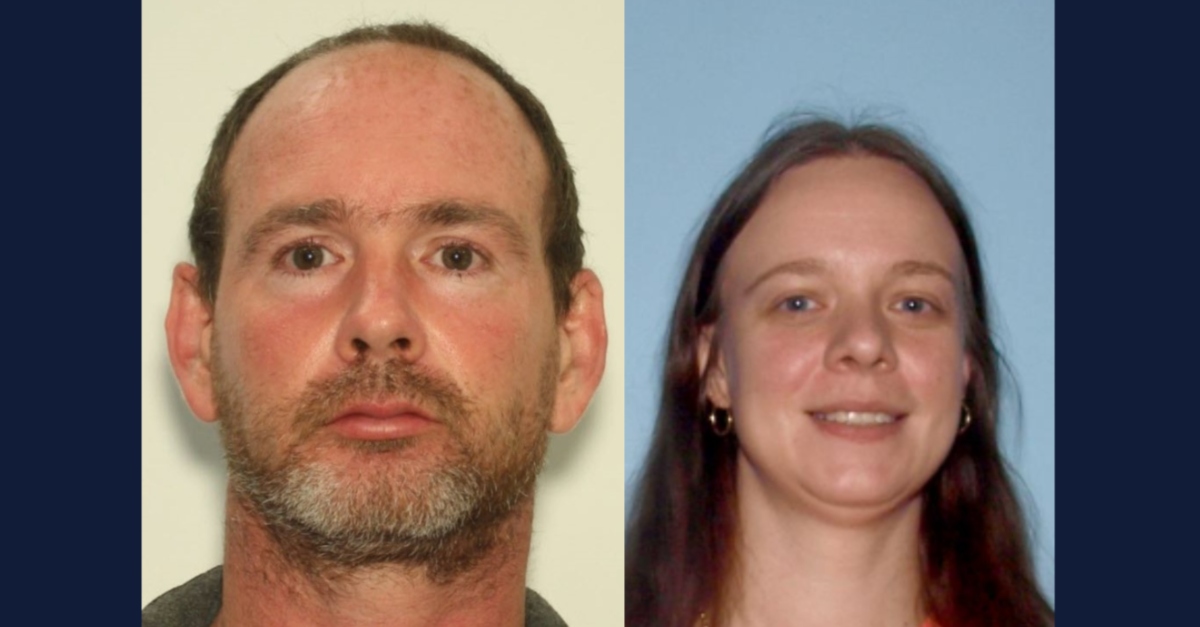 William Linn McCue and Carina Wisniewski McCue in images police released in May 2022, when the couple was allegedly on the run.

A father and mother created the squalid circumstances in which their daughter Zoe McCue, 10, died in a fire, authorities say.

Authorities previously said Zoe’s 15-year-old brother set fire to the family home in the city of Loganville early on April 17, Easter Sunday. He made his way to a church in nearby Rockdale County, where he confessed to the arson, police said. The teenager faces charges including murder, but the ensuing investigation allegedly turned up evidence of other crimes involving their parents.

Police have said Zoe was found dead in a windowless bathroom, with a makeshift bed in the tub. The actual toilets at home were out of commission, with the septic tank full or not working.

The indictment states that McCues had locked Zoe in the room, thereby causing her death when her brother set the fire.

The couple allegedly subjected the five children — all minors — to a litany of physical abuse. This included depriving them of running water, forcing them to use the toilet in buckets in their bedrooms, and forcing them to stand for extended periods of time on cinderblocks as a punishment, and refusing to allow bathroom breaks during this time to the extent that the children defecated on themselves. The children were forced to remain standing, as their parents whipped them when they collapsed during these punishments, the indictment said.

The couple is charged with three counts of felony murder, two of cruelty to children in the first, aggravated assault, and false imprisonment.

The case against Zoe’s brother remains ongoing. The other other children were taken into state custody, authorities have said.

Investigators announced in May that the McCues were on the run and finally found them in late June.

Gwinnett County Police Special Victims Unit needs assistance in locating William McCue and Carina McCue. During an investigation regarding aa fire of their home, both have been charge with Cruelty to Children 1 and 2 degree and Kidnapping.