Pastor Larry Flake Arrested for 1999 Sex Crime with a Minor 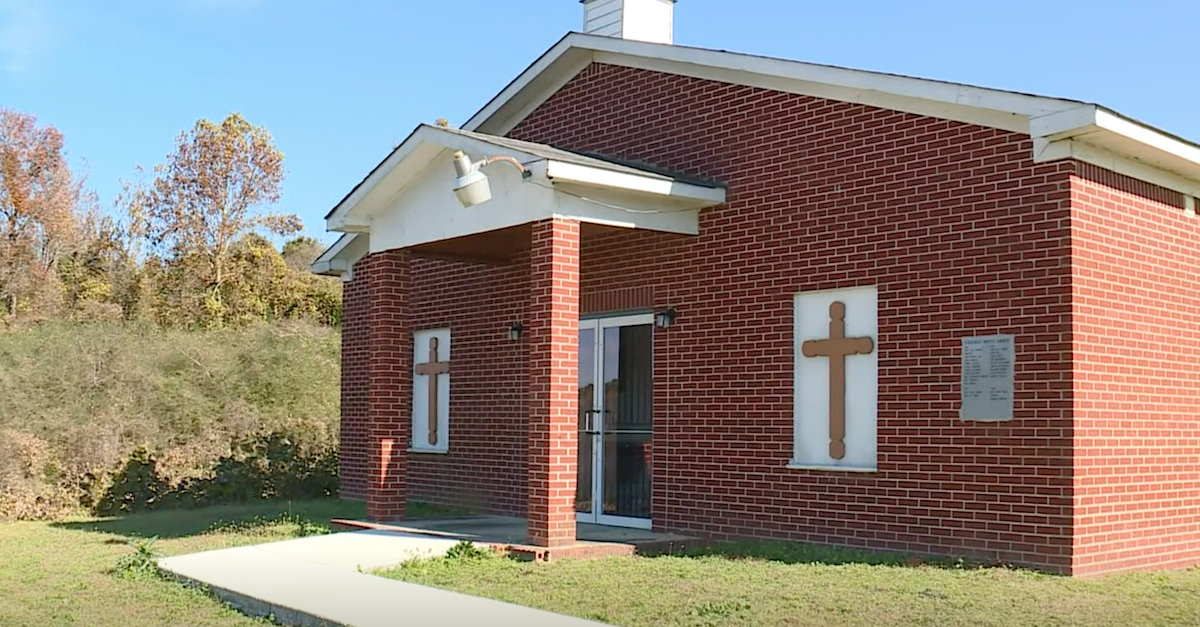 The Evergreen True House of Prayer appears in a screengrab from a WTHR-TV broadcast.

A Michigan man convicted of sexually assaulting a 15-year-old girl in Indiana in 1999 has been arrested in Alabama after more than 20 years on the run.

Federal and state authorities nabbed Larry Albert Flake, 75, in Birmingham on Nov. 19. He was convicted of sexual misconduct in 2001.

According to police in Richmond, Indiana, investigators found Flake after receiving a new lead in the case in January of 2021.

An Indiana man on the run for 20 years was arrested in Alabama by @FBIBirmingham, @BhamPolice, and University of Alabama Birmingham PD and will be extradited to Indiana. #partnerships pic.twitter.com/xYsla5JjER

Flake sexually assaulted a 15-year-old girl in 1999, the Alabama Media Group reported, citing court records. He allegedly grabbed the girl, who had left her apartment to see some friends, and forced her into his car.

“Once inside the car, Flake had sexual contact and sexual intercourse with the teen,” the report said. “Tests confirmed biological evidence recovered from the girl belonged to Flake and she picked him out of a photo lineup.”

According to a report in the Palladium-Item, Flake failed to appear for his trial on Aug. 29, 2001.

A trial went forward despite Flake’s absence, and he was convicted of sexual misconduct with a minor. The jury of eight men and four women could not reach a verdict on a rape charge, and a mistrial was declared for that charge, the Palladium-Item reported.

The jury also declared Flake to be a habitual offender, because he had been convicted of child molesting in 1980 and of sexual battery in 1989, according to the Palladium-Item report.

Flake was sentenced to 10 years in prison for the sexual misconduct charge, plus a 15-year enhancement for the habitual offender designation, the Palladium-Item reported.

Flake appealed the conviction, arguing that the jury received improper instructions regarding his habitual offender status and that the court erred in denying his request for a trial continuance.

The Court of Appeals of Indiana affirmed the conviction and sentence.

For the past 10 years, Flake had been working at the Evergreen True House of Prayer Missionary Baptist Church in Birmingham. The pastor, Willie Perry, told local Fox affiliate WBRC that he was deeply shaken by the discovery that the man he knew as “Larry White” was actually a convicted sex offender.

“He’s a good liar,” Perry told WBRC. “It was heart wrenching. I mean you couldn’t imagine the horror of waking up and finding out that someone had this kind of checkered past,” Perry said.

Perry said Flake had been working as the music leader at the church and kept to himself.

“When you are on the run, you limit as to what people know about you,” Perry said.

Perry told WBRC that he hired Flake after receiving references from at least two churches, but now he feels he must do more going forward.

“Trust but verify,” Perry said. “I apologize to this body of Christ and this congregation. It should not have happened. No minister should have to deal with that. You had somebody in the midst of your congregation that had no character at all.”

Flake was also arrested before his trial for allegedly attempting to bribe his victim’s mother to drop the charges, the Palladium-Item reported. That case remains open, along with a case charging him with felony unlawful flight to avoid prosecution from his failure to appear for the sexual misconduct trial, according to the Palladium-Item.