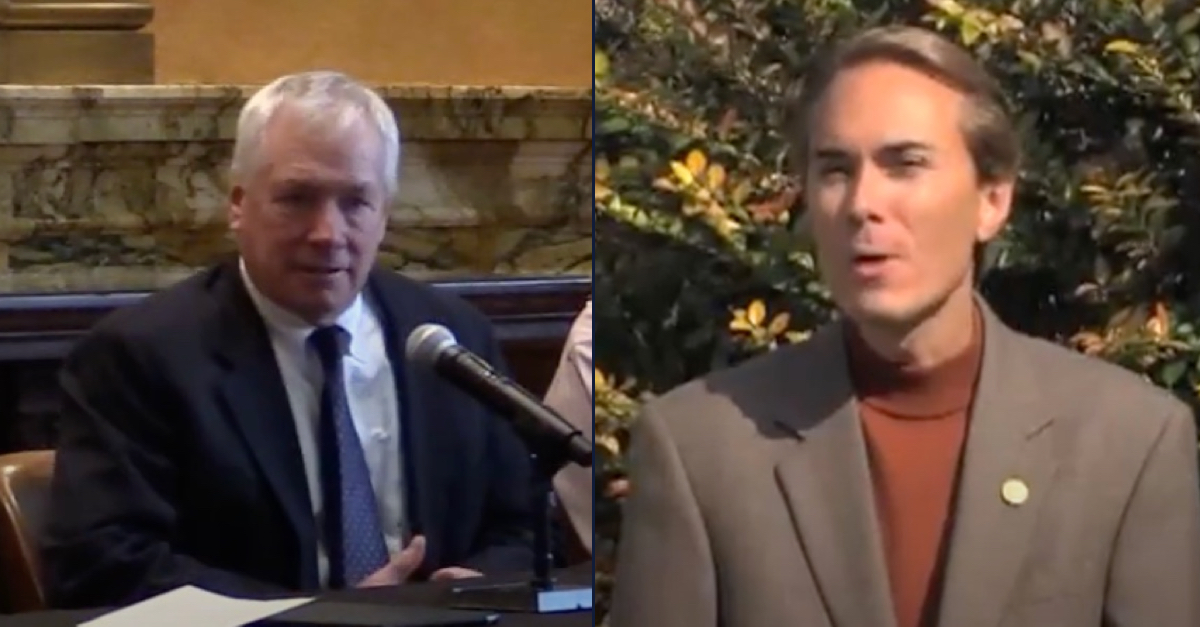 A former casino executive and a former lawmaker have been sentenced to time behind bars for plotting and carrying out election finance schemes.

Keeler managed to get money funneled from New Centaur LLC, an Indiana-based casino company, to a political party committee in Marion County, Indiana, authorities said. He used to be a former vice president and general counsel for that casino business.

Waltz, who ran for the U.S. Senate in 2016 and lost, funneled $40,500 in “illegal conduit contributions” to his congressional campaign, federal authorities said. Rogers directed corporate funds from New Centaur into Waltz’s campaign through more than a dozen straw donors and Waltz as well.

Many of those straw donors were Waltz’s relatives, authorities said.

“A ‘straw donor’ is a person who contributes to a campaign in his or her name despite receiving an advance payment or subsequent reimbursement of all or a part of that contribution from another source, thereby acting as an intermediary between the true source of the contribution and the candidate or campaign that receives the contribution, which is prohibited under federal law,” the indictment against Waltz and Keeler said.

“Two men have pleaded guilty to federal crimes for their roles in paying and receiving secret political contributions through a middleman,” a DOJ press release said at the time.

“The integrity of our elections is of paramount importance to maintaining public trust in our democratic process,” said Wayne A. Jacobs, Special Agent in Charge of the FBI Washington Field Office Criminal Division. “Today’s sentencings demonstrate that the FBI is committed to ensuring that those who attempt to undermine the public’s trust by perpetrating election finance schemes and then compounding their misdeeds by lying to authorities, will ultimately be held to account for their actions.”