Florida Man Raped, Beat, and Held a Woman Captive for Days Because She Mentioned ‘Being Unfaithful’ with a Black Man: Police 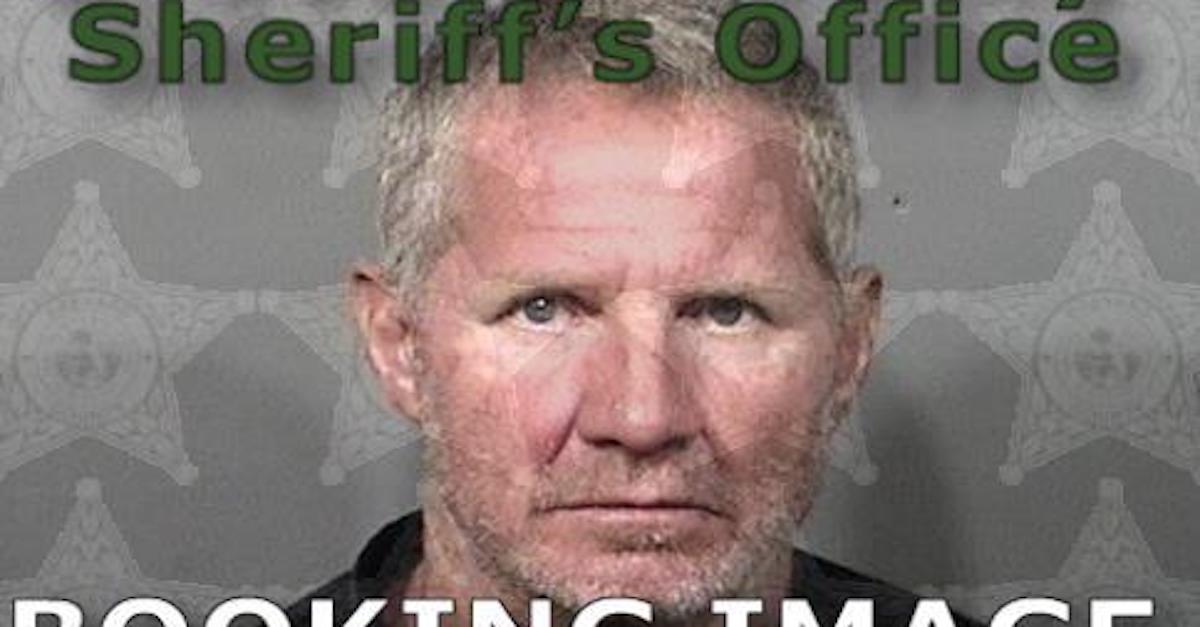 A 51-year-old Florida man is behind bars this week after police say he held a woman captive in his home for nearly a week while he beat and raped her after he learned she slept with a Black man. Charles Anthony Tanner was taken into custody on Wednesday and charged with a slew of felonies, including sexual battery, aggravated battery, false imprisonment, and aggravated assault, court documents reviewed by Law&Crime show.

According to a probable cause affidavit from the Brevard County Sheriff’s Office, deputies at approximately 1:42 a.m. on June 8 responded to a 911 call from a home in the area of Pineda Street. The residents told the 911 dispatcher that an unknown naked female just woke them up pounding on their door seeking help.

The residents told investigators that the woman, identified in court documents as “A.H.,” had “noticeable bruising all over her body and stated that she was raped and held against her will” by Tanner, the paperwork says. The victim also allegedly claimed that she had been “starved for five days” and requested food and water.

“Once deputies arrived they spoke with A.H. and noted she was still unclothed and covered in bruises. A.H. reported to deputies that she was held at 321 Pineda Street for the last 5 days by her [redacted] Mr. Charles Tanner, hereinafter referred to as ‘the defendant,'” the affidavit states. “A.H. reported to deputies that while she was being held captive by the defendant, he repeatedly strangled her, beat her with an electrical cord and sexually battered her.”

On approximately June 3, the victim allegedly went to Tanner’s home, whom she’d known for five years, because he offered to provide her with heroine and she was in withdrawal, according to the authorities.

“The defendant-reached out to A.H. several times through Facebook asking her to come over and he would provide her with any drugs she wanted,” the affidavit goes on. “A.H. admitted that she went over to the defendant’s house and was provided drugs by the defendant. After a couple hours of ‘enjoying her high’ the defendant would then want to have sex with her as payment.”

The victim allegedly then said she and Tanner engaged in consensual sex, before which she said she specified that she was not into “any kind of aggressive sex.” Afterwards, the victim and Tanner were allegedly talking, and her romantic past came up. She admitted to having “a relationship with another male.”

“‘This enraged the defendant when he learned that the male she had a relationship with was of African American decent. The defendant then kicked A.H. in the head,” the affidavit says. “Over the next several days the defendant would beat A.H. with a closed fist and berate her about being unfaithful during [redacted] with a ‘N****r.’ The defendant would then smoke methamphetamine, become enraged and then forcefully have sex with A.H. against her will or make her perform oral sex on him to the point of her vomiting into a bucket in the room. A.H. recalled the defendant stating that he like the fact she was vomiting and seemed to be aroused by her condition.”

According to the court paperwork, the victim told investigators that she was sexually battered “at least 10 times” during the five days she was held against her will, with the abuse taking increasingly sadistic and humiliating turns.

Additionally, the victim is said to have told investigators that Tanner grew increasingly paranoid “due to his prolonged methamphetamine use,” held a knife to her throat, hit her with an extension cord, and held a pillow over her face until she lost consciousness. On the fifth night, the victim alleged that Tanner tried to sleep on top of her to keep her confined, but she was able to wriggle free and flee to a neighbor’s home.

Investigators recovered sexually explicit photos sent to more than 50 people from A.H.’s phone, according to the affidavit.

Police said Tanner in 2013 was arrested after a similar incident in which a woman said she was held against her will for several days and sexually battered by Tanner.

“The victim reported that defendant used a cucumber and sex toy to penetrate her vagina and anus against her will,” police wrote of the 2013 incident. “On the final day when the defendant was asleep, the victim was able to escape the residence where she was discovered by the witnesses running down the street unclothed.”

He is being held at the Brevard County Jail without bond, records show.