Florida Boy Scouts Executive Charged With Sexual Battery of Children After 3 Boys, Including 2 Siblings, Speak Out 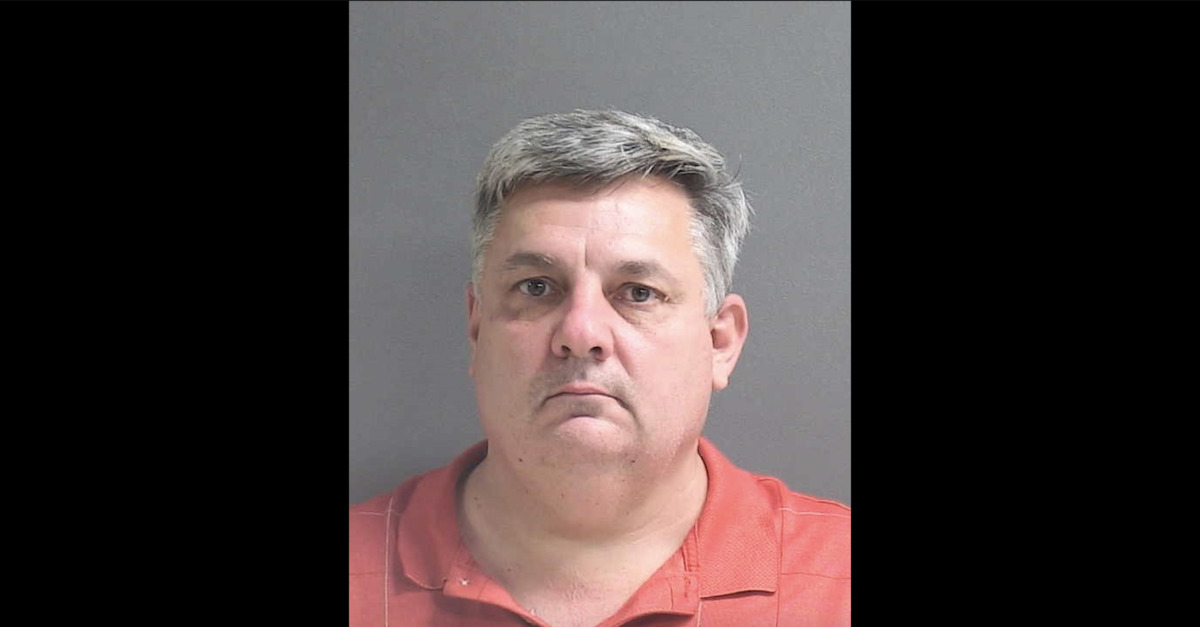 A Florida official with the Boy Scouts of America was arrested on Friday in relation to multiple complaints of child sexual abuse.

According to Orlando NBC affiliate WESH, the defendant was arrested in Volusia County but is named in a” heavily redacted” arrest report issued by the Orange County Sheriff’s Office.

Detectives with the agency’s sex crimes unit interviewed three boys who allegedly relayed several incidents of sexual abuse committed by the defendant over an unidentified period of time.

Two of the alleged victims are reportedly brothers.

According to a copy of the arrest report obtained by Orlando FOX affiliate WOFL, one of the brothers told his mother “Larsen has been touching him and performing sexual acts on him since he was approximately eight years old.” The boy’s brother also said he was touched sexually “multiple times by Larsen while he was at Larsen’s residence.” Their mother told law enforcement she was unaware of those accusations until recently when her children spoke out.

It is unclear what prompted the alleged victims to come forward now.

The third alleged victim is said to be a friend of the two brothers. According to the arrest report, the defendant engaged him in encounters that made him feel uncomfortable. When he asked Larsen to stop, he said, Larsen ignored him and continued. The third boy also said the defendant began abusing him when he was eight years old.

Due to the highly censored report, it is currently not a matter of public knowledge if the alleged victims were or are Boy Scouts themselves. Their current ages are also unclear.

“Because of the role he held in the community, detectives believe there could be more victims,” an OCSO spokesperson told WOFL.

Authorities say they learned about the defendant’s high-ranking position in the scouting organization during the course of their investigation. Larsen is a district executive for the Central Florida Council Boy Scouts of America in Lake County, and his name and title appears on literature on the group’s website.

Eric Magendantz, CEO of the Central Florida Council of the Boy Scouts of America, provided the following statement to various local media outlets after the charges against Larsen were filed:

The actions alleged to have been committed by John Larsen are reprehensible and opposed to everything for which the Boy Scouts of America (BSA) stands. Upon learning of these allegations and his arrest, we took immediate action to prohibit him from participation in Scouting. We added Mr. Larsen to the BSA’s Volunteer Screening Database which prevents him from any future registration and participation in Scouting, including employment.

Nothing is more important than the safety and protection of the youth in our programs — it is our top priority. The BSA has some of the strongest youth protection policies of any youth-serving organization, which are informed by respected experts in the fields of child safety, law enforcement, and child psychology.

Our barriers to abuse include a thorough screening process for adult leaders and employees, which include criminal background checks; mandatory youth protection training for all volunteers and employees; a leadership policy that requires at least two youth-protection trained adults be present with youth at all times during Scouting activities and bans any one-on-one situations where adults would have any interaction alone with children - either in person, online, or via phone or text; a ban on the use of recording devices/cell phones near bathrooms and shower houses; and the prompt mandatory reporting of any allegation or suspicion of abuse to law enforcement.

We will continue to fully cooperate with law enforcement in this matter.

The defendant is currently being held in the Volusia County Jail on multiple felony warrants.