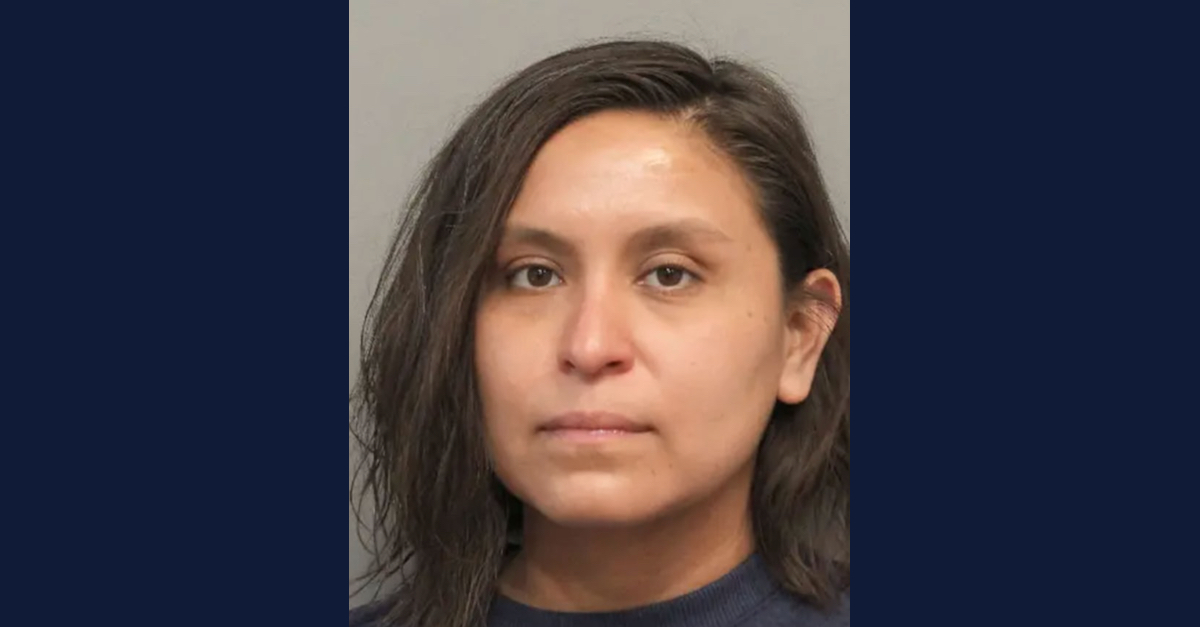 A now-former deputy constable in Texas was arrested earlier this week for allegedly using her stun gun on her three minor children, according to court documents obtained by Law&Crime.

Xochitl Ortiz, 34, stands accused of three counts of felony injury to a child under the age of 15 over the allegations. The alleged victims are her three minor children, all boys, aged 8, 11, and 12.

The incident is said to have occurred during April of this year at the since-fired law enforcement officer’s northwest Harris County apartment.

“Any allegation of police misconduct, rather on duty or off, instantly becomes our top priority,” Constable Mark Herman wrote in a statement obtained by Houston NBC affiliate KPRC.

“Every one of us who puts on this uniform wants to maintain the pride in our agency and our profession and we can only do that by fully investigating any allegations of wrongdoing,” Herman continued. “I am sincerely grateful for our partner agencies, who joined with us in this investigation. On April 14, 2022 my office received a complaint in reference to these allegations and immediately initiated an investigation. My office, along with investigators with the Harris County Sheriff’s Office worked together, culminating in my office placing ex-deputy Xochitl Ortiz into custody and transferring her to the investigators.”

Ortiz was personally hired by Herman in Harris County Precinct 4 some two years ago. A Facebook photo shows her being sworn in on April 20, 2020. She was immediately fired after her recent arrest.

The stun gun in question is reportedly a Taser brand device produced by the Axon company. Investigators believe the weapon actually belonged to another since-fired deputy constable — Ortiz’s boyfriend Christopher Worthington — and was department-issued.

Worthington was also sacked by the Harris County Constable’s Office as a result of the investigation; however, he is not currently facing criminal charges.

Ortiz, by way of her defense attorney, has denied the allegations.

“I’m just notifying everyone she maintains her innocence,” defense attorney Russell Neumann told Houston ABC affiliate KTRK. “She continues down the path that we’re going to fight this case and she won’t accept anything. I don’t think anything should, would, or could happen.”

According to a probable cause affidavit obtained by Law&Crime, Ortiz is alleged to have “drive-stunned” her children on the hand, shoulder and back side. The process of drive-stunning involves pushing a Taser firmly against a person’s body in order to extract “pain compliance,” according to Axon.

“The facts allege that Christopher Worthington may have been a party to this incident,” the magistrate continued.

The probable cause affidavit alleges, in part:

D charged w/3 violent felony offenses. BI to 3 different children and a family relationship alleged in commission of offenses. Facts allege D is CWs Mother and a peace officer w/ a duty issued taser; CWs are 12, 11 and 8 YOA; D “drive-stuned” the CW w/a taser on the hand, buttocks and shoulder; CWs do not feel safe in D’s home; CWs made consistent statements of abuse by D to CPS; Christopher Worthington is in a dating relationship w/ D and a peace officer w/a duty issued taser; Christopher Worthington’s conduct and duty issued taser are instigated in the allegation(s)

A criminal complaint places the date of the alleged child abuse as having occurred on April 4, 2022.

The defendant’s bail appears to have originally been set $150,000 but was lowered to $30,000 in each of the three cases after the defendant filed a financial disclosure form pleading debts far in excess of her current cash on hand. She also requested a public defender. She was still detained as of Friday but appears to have been released sometime on Saturday, according to jail records.

Some of the court paperwork is embedded below: