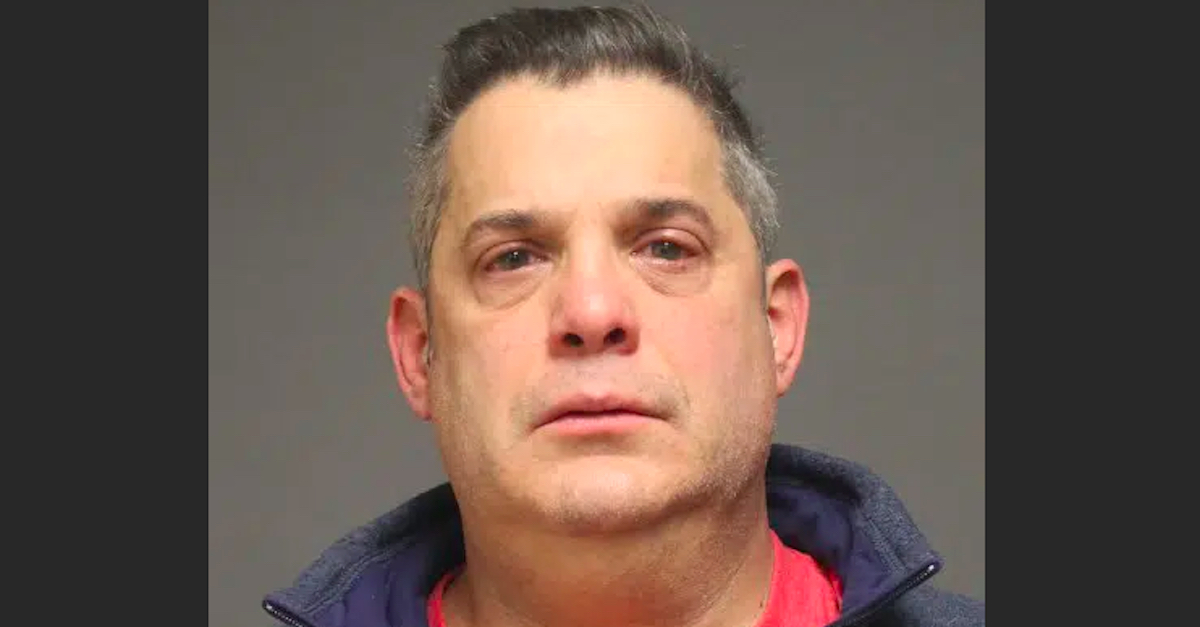 A man in Connecticut found himself behind bars after allegedly going on a racist tirade inside of a smoothie shop that included berating an employee as a “fucking immigrant loser” and throwing a drink at several women working behind the counter.

James Iannazzo, 48, was taken into custody on Saturday and charged with multiple crimes, including second-degree intimidation based on bigotry or bias, police said.

According to a press release from the Fairfield Police Department, Iannazzo, of Fairfield, purchased a smoothie from the Robeks located on Black Rock Turnpike at approximately 1:05 p.m. on Saturday without incident. A little more than 30 minutes later, police say Iannazzo called 911 and requested medics to his home because his son was reportedly suffering an allergic reaction. The child was reportedly taken to the hospital for treatment.

Later that day, Iannazzo went back to the Robeks where he purchased the smoothie that allegedly caused his son’s allergic reaction and demanded to know which employee made the smoothie, per the press release.

“When employees could not provide Iannazzo with the answer he became irate, yelling at the employees using a number of expletives. He then threw a drink at an employee, which hit their right shoulder,” the release stated. “Iannazzo also made comments toward an employee referencing their immigration status.”

Video of the incident shot by one of the Robeks employees shows a man that appears to be Iannazzo at the counter demanding to know who made the drink that allegedly caused his son’s allergic reaction. When the employee behind the counters says they do not know which of the four workers made the drink, the man calls them “stupid fucking ignorant fucking high school kids” and demands to speak to “the fucking manager.”

Officers responded to multiple 911 calls from the Robeks’ employees regarding the unruly customer at approximately 2:26 p.m. Police said Iannazzo had already left the scene but was later identified. He turned himself in to authorities later that day without incident.

Iannazzo allegedly told police that he went back to the store because he was “upset about his son having a severe allergic reaction.”

Investigators said they spoke to the employees who were working during the incident and all reported that Iannazzo requested there be no peanut butter in his drink, but never told them about a potential peanut allergy.

In addition to the intimidation based on bigotry charge, Iannazzo was also charged with second-degree breach of peace and first-degree criminal trespass. He is scheduled to appear in Bridgeport Superior Court on Feb. 7.

Iannazzo’s attorney, Frank Riccio told Law&Crime that his client “wholeheartedly regrets the incident” but insisted that he told the staff about his son’s “life-threatening peanut allergy.”

“When faced with a dire situation for his son, Mr. Iannazzo’s parental instinct kicked in and he acted out of anger and fear,” Riccio reportedly said. “He is not a racist individual and deeply regrets his statements and actions during a moment of extreme emotional stress.”

Merrill Lynch, where Iannazzo worked as a financial advisor, told NBC that he is no longer with the company, saying it “does not tolerate behavior of this kind.”

“We immediately investigated and have taken action. This individual is no longer employed at our firm,” the company reportedly said.

Watch video of the incident below: