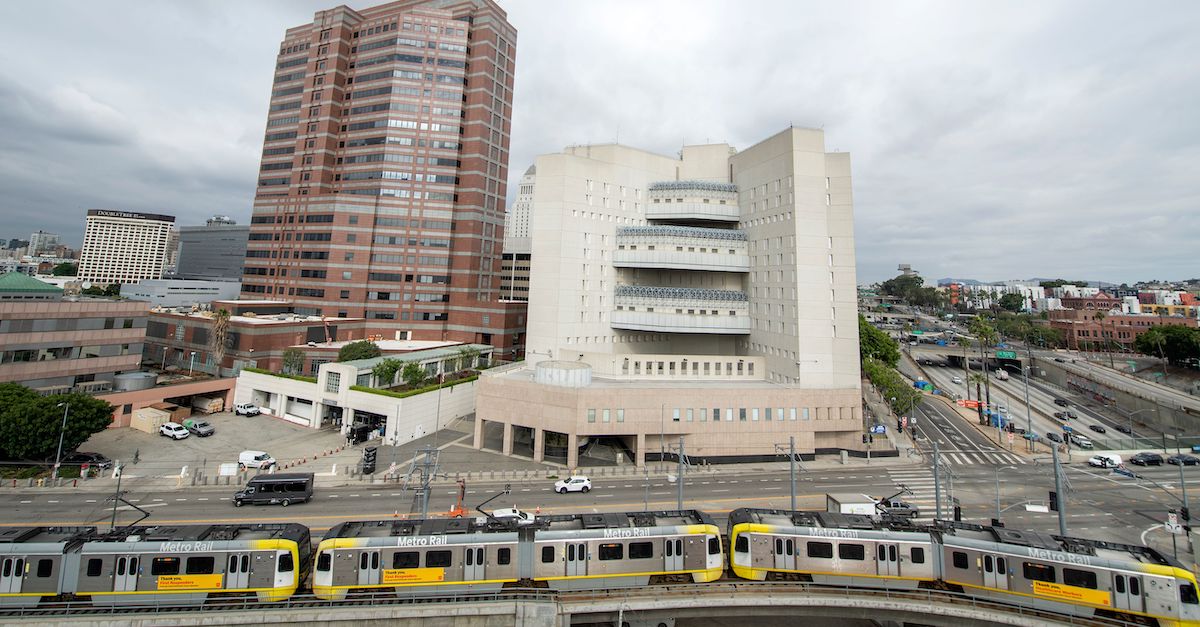 Outside view of the Metropolitan Detention Center in Los Angeles

A 54-year-old former federal correctional officer the Metropolitan Detention Center in Los Angeles was sentenced to time behind bars on Monday for lying about “never” having “sexual contact” with an inmate.

The Department of Justice said and the defense conceded that Abel Concho, in fact, “engaged in sexual contact with the victim on approximately 35 different occasions.”

According to the signed plea agreement, Concho lied during a July 28, 2021 interview conducted by the DOJ Office of the Inspector General and FBI special agents.

The defendant “on multiple occasions, falsely stated that he ‘never’ had sexual contact” with the victim. The inmate was “in official detention at MDC and under the custodial, supervisory, and disciplinary authority of defendant CONCHO from at least approximately June 2010 to February 2011.”

The plea agreement said that Concho continued to make false denials, but his story shifted from no sexual contact ever with an inmate to some sexual contact. Still, documents said, Concho falsely downplayed the number of sexual encounters:

Concho pleaded guilty in November 2021 to a false statements charge. The signed plea agreement specified that he “shall not seek employment in any law enforcement capacity or in a position that requires carrying a firearm.”

The defense sentencing memorandum focused instead on Concho’s service in the U.S. Marine Corps, the rest of his career in the Bureau of Prisons, and his role in his family.

“Mr. Concho is a 54-year-old defendant who received an honorable discharged [sic] after serving in the Marine Corps and who worked at the BOP for 30 years without any discipline reports,” the defense said. “The Court is asked to take into consideration Mr. Concho’s personal history and characteristics, including his service in the military, his forced retirement from federal service after 30 years of federal with a very meager pension as well as his poor medical condition.”

“Mr. Concho has accepted responsibility for his mistakes,” the memo continued. “He is also prepared to move on with his life. The defense urges the Court to sentence this defendant for what he actually pled guilty.”

Describing him as a “hardworking veteran, loving, father, uncle, and son,” Concho’s defense asked for no time in custody and home confinement with electronic monitoring at most.

Prosecutors said in their memo, however, that Concho “abused his power in supervising the halls of a federal institution to commit sexual abuse” and then lied to “cover up those gross abuses.” For that reason, the government argued Concho “should now spend time on the other side of the bars.”

U.S. District Judge R. Gary Klausner ultimately sentenced the defendant to three months behind bars and three months of home confinement, plus $9,500 in restitution to the victim.

Read the defense sentencing memo and the plea agreement in the case here: