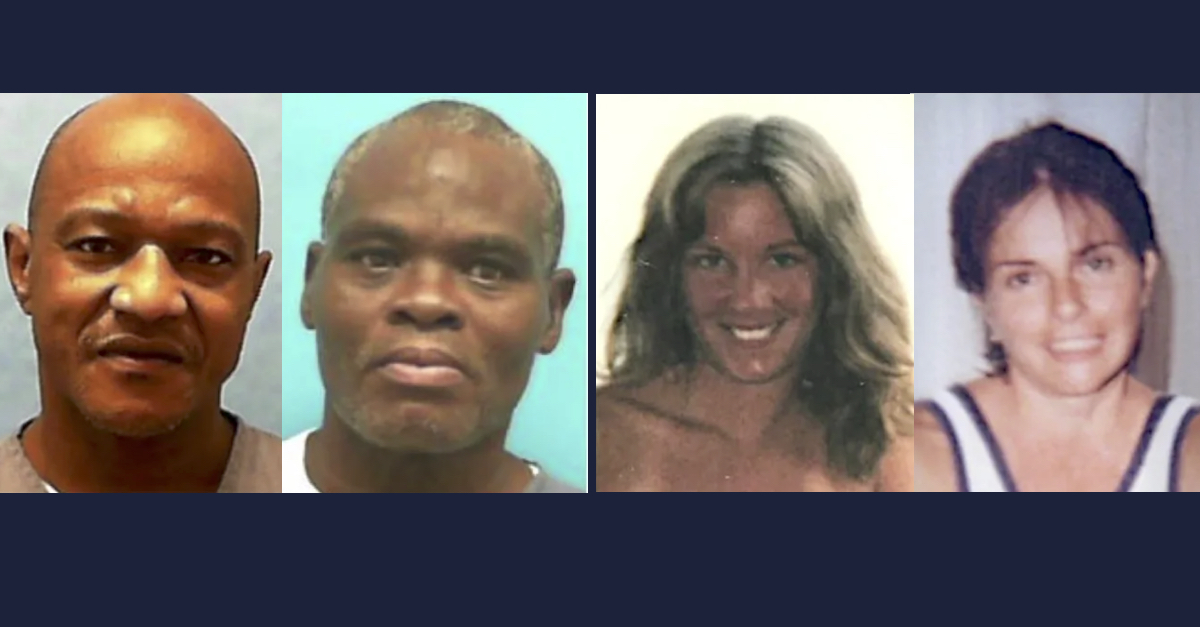 One man has been exonerated and two men have since been charged in the gruesome rapes and murders of two Florida women in 1983.

The combined efforts in all three cases are the work of Hillsborough State Attorney Andrew Warren, an elected Democrat who was recently taken off the job by Gov. Ron DeSantis (R). Warren’s office has declined to prosecute doctors who provide gender-affirming services for transgender individuals or transgender individuals who choose to use restrooms that align with their gender. In recent weeks, Warren has also said his office would exercise prosecutorial discretion regarding laws that criminalize abortion.

DeSantis described the prosecutor’s actions as a “neglect of duty.” Warren issued updates in the rape and murder cases hours after being suspended from the position he was elected to in 2016 and 2020.

Amos Robinson, 58, and Abron Scott, 57, stand accused of brutally sexually assaulting and then killing 19-year-old Barbara Grams and 41-year-old Linda Lansen. The defendants are both currently serving life sentences for the October 1983 murder of Carlos Orellana.

“We now know these two men carried out a sinister spree of rape and murder in Tampa Bay in the summer and fall of 1983,” Warren said at a press conference that was teased the day before, then canceled, then hastily on again in the aftermath of the DeSantis move. “They are still alive and they will finally face a reckoning for what they did.”

While the violence that took Lansen’s life has long been a cold case, the Grams rape and killing was solved decades ago – just incorrectly.

Two years ago, Robert DuBoise was exonerated by the Hillsborough County State Attorney’s Office’s Conviction Review Unit through the use of DNA evidence that confirmed the man who spent 37 years behind bars was not, in fact, responsible for the young woman’s death. Warren founded the conviction review unit in 2018.

DuBoise, who is now suing the retired police officers directly responsible for his false imprisonment as well as the City of Tampa, was originally convicted on the strength of so-called “bite mark analysis” due to a wound on Grams’ face that a court-allowed expert was allowed to opine about. That form of analysis – testified to by a dentist who is also being sued by the exonerated man – has since been rejected by the scientific community. In the present case, however, there are allegations that the wound on Grams’ face was actually “fabricated” and not from human teeth at all.

Suddenly lacking a killer and buoyed by the additional evidence, investigators began looking into other unsolved murders from around the same time in Tampa. Lansen’s case was reopened. DNA in both instances turned up matches for both Robinson and Scott.

“In July, Linda Lansen was found at the end of Memorial Highway in Town and County. She had been raped, shot in the head and dumped in the bushes,” Warren said at the press conference. “In August, Barbara Grams was found behind a dental office in Tampa Heights. She had been beaten to death and raped.”

During the crime spree, Lansen’s case was frequently referenced in media accounts, according to the Tampa Bay Times. Police in the Tampa Bay area, which spans some four counties, repeatedly insisted the wave of brutal murders targeting seemingly random women were unrelated. They were wrong in at least two instances – and maybe three. Robinson and another man were charged over the September 1983 beating death of Hermenia Castro. That case never went to trial.

“There are no words to describe what it’s like to go through 39 years of grief and not knowing what happened,” Linda Sheffield, Lansen’s niece, said at the press conference announcing the indictments.

The since-ousted prosecutor said the suspects are now being looked at for other potential crimes in the area.

“These men are serial murders and rapists, and although they are already serving a life sentence, their crimes against Barbara Grams and Linda Lansen cannot and will not go unpunished,” Warren continued. “Additionally, these men are subjects in other cold case investigations from the same time period in the Tampa Bay area.”