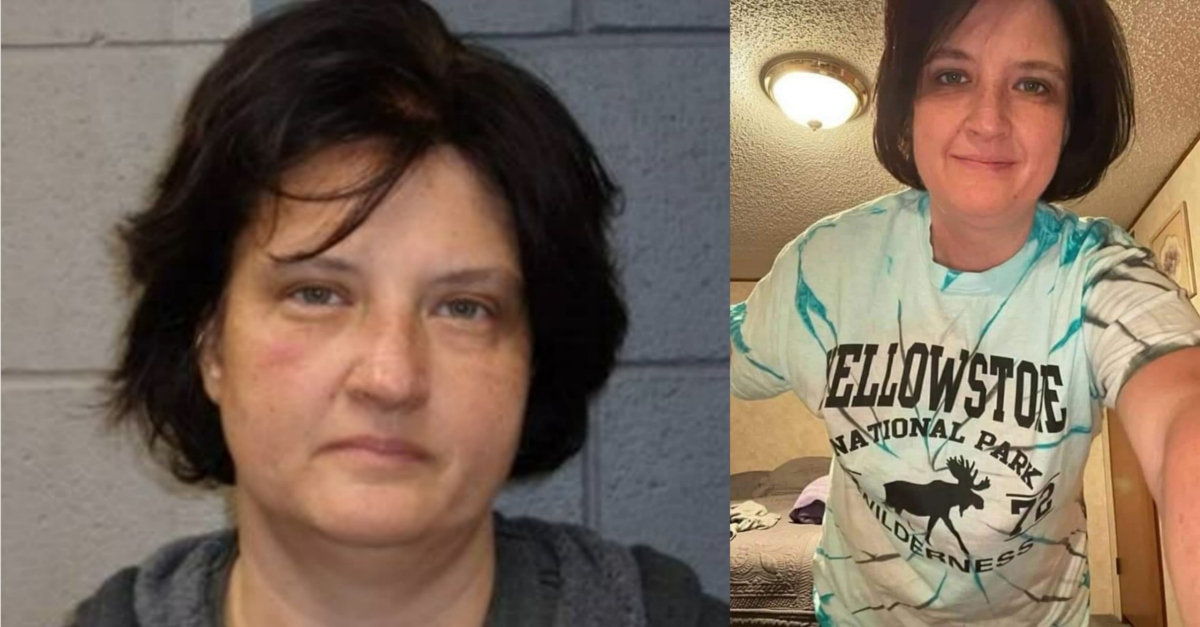 Booking photo of Dawn Wynn is on the left. Family provided the picture on the right and described it as being from recent months.

The daughter of a missing Missouri murder suspect minced no words about her defendant mother as authorities continue efforts to track her down. Dawn Renee Wynn, 49, left a suicide note while out on bond but is too much of a “coward” to take her own life, Savannah Wynn told Law&Crime in an interview.

The daughter believes authorities when they say her mother shot Savannah’s father Harold Lee Wynn, 51, in the back of his head while he slept on Nov. 16, 2021, in McDonald County, Missouri.

Now investigators consider their suspect missing. While out on bond, Dawn Wynn was supposed to stay put in her mother’s home in the Benton County city of Pea Ridge, Arkansas, according to KOAM. She had left a note and disappeared, McDonald County Sheriff Rob Evenson reportedly said.

The Benton County Sheriff’s Office described Dawn Wynn as a possible danger to herself and they did not mention the murder case. Daughter Savannah, age 24, dismissed that post.

She described her mother’s letter as a “suicide note,” but she believed her mother is using this as a diversion. She called her mother a “coward” and “too selfish” to die by suicide. She asserted Dawn Wynn was a danger to others. (Savannah said she learned about the “suicide note” through her maternal grandmother; she described the relationship as being in disrepair in the aftermath of the murder case.)

“She’s not someone that you need to trust,” Savannah said of her mother. “She’s not just a missing person.”

Sheriff Evenson has said defendant Wynn should be considered dangerous and possibly armed. 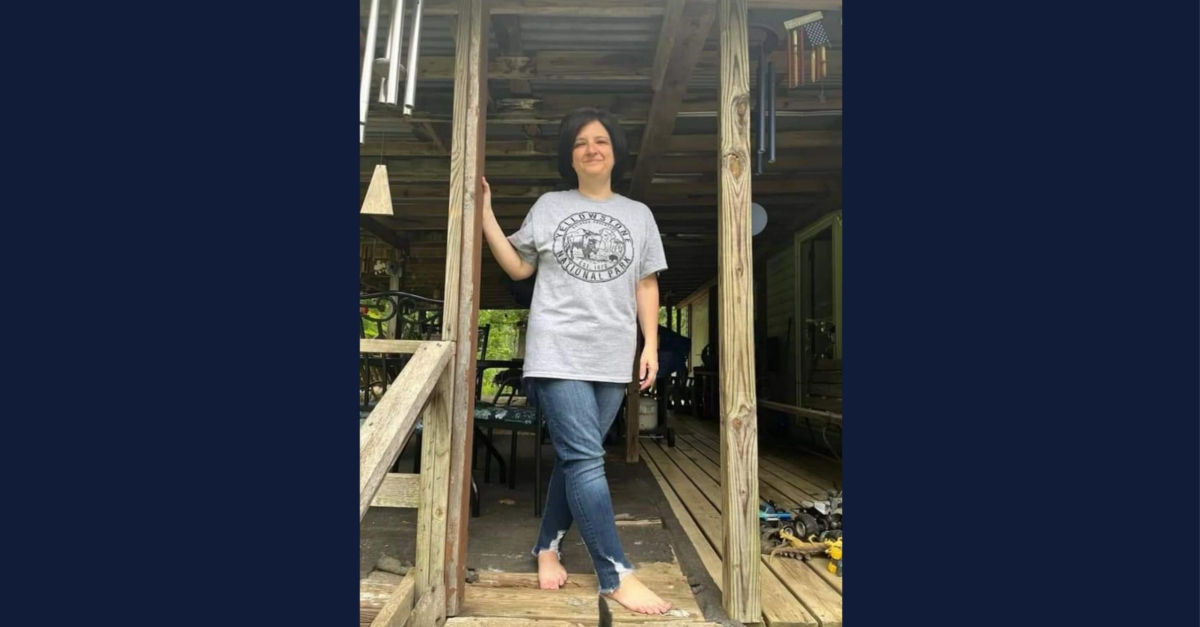 Dawn Wynn. Family describes this photo as being from recent months.

Savannah, who said she grew up with four brothers, said their mother was verbally and psychologically abusive when they were growing up. Mom “took over everything” and pitted the children against their father, she said.

The marriage was a “disaster,” she said, with the couple being on the verge of separation and divorce.

Dawn Wynn was never physically abusive, the daughter said. The shock was not that she killed Savannah’s father, but that she used a gun, she added. Savannah suggested her mother would have been more likely to use a “cleaner way.”

The slain man’s ex-wife Melanie Thomas, who works in York County, South Carolina, remembered him warmly. They married young and grew apart, but she added she had nothing bad to say about Wynn, who went by “Lee” instead of Harold.

“Dawn was last seen in the area of Jennifer Lane in Pea Ridge Arkansas,” Benton County deputies wrote. “She is believed to be headed to NE Oklahoma but has ties in SW Missouri.”

But Thomas and Savannah suggested other possibilities. Thomas told Law&Crime that Lee and Dawn had a business — Wynn’s Plumbing — in Lancaster, South Carolina. She also suggested looking at the area of Fort Lawn, South Carolina. Savannah said she personally grew up 13 years in the state, but she noted that only her father, not her mother, had family there.

Another suggested possibility was Florida. The couple was going to move to the city of Clearwater because Lee had a job offer in that area, his daughter said. Ultimately, the job was not worth moving for, but according to Savannah, she had heard that her mother discussed it during the murder case. Assuming she was cleared of the killing, Dawn allegedly planned to go there and live off the grid, where no one would know how to get in touch with her.

Savannah said she has been in touch with investigators about the case.

“Some days are harder than others,” said Savannah. “She took our dad from us.”

Benton County deputies describe Dawn Wynn as standing 5 feet, 2 inches. She weighs between 150 and 170 pounds. She has short, black hair.

Benton County deputies ask that anyone who sees her to call the Benton County Sheriff’s Office immediately at (479) 273-5532.

McDonald County deputies ask that anyone with information on the suspect’s whereabouts to call the McDonald County Sheriff’s Office at (417) 223-4318, or your local law enforcement agency.