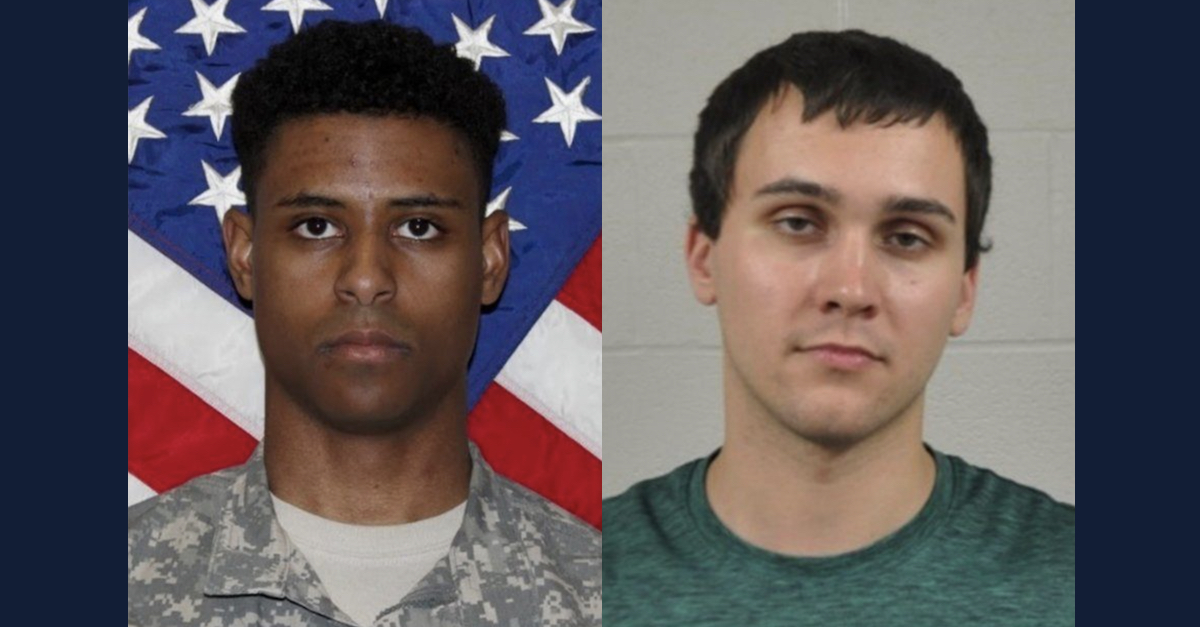 Maryland’s second-highest court on Wednesday upheld the conviction and sentence of an alleged white supremacist and admirer of Adolf Hitler who murdered a Black Bowie State University student and member of the U.S. Army late one night in May 2017.

Sean Urbanski, 26, killed 23-year-old U.S. Army 1st Lieutenant Richard Collins III at a bus stop on the College Park campus of the University of Maryland by stabbing him in the chest with a knife.

There were two eyewitnesses to the crime, Blake Bender, the victim’s white friend, and Amanda Lee, an Asian woman who was waiting for a ride-share at the bus stop during the pre-dawn slaying.

The circumstances of the murder weren’t particularly disputed. As Collins, Bender, and Lee waited to catch their respective rides, Urbanski approached. The witnesses recalled that he was yelling and sounded angry. He shouted something along the lines of: “step left, step left if you know what’s good for you.” Bender and Lee both stepped aside. Collins did not, and replied, “No” when directly confronted by Urbanski, who then stabbed him once, and killed him.

During trial, the defense largely based their efforts on arguing that Urbanski – who had imbibed three to four times past the legal limit – was simply too drunk to have premeditated a murder. Attorney John McKenna argued, citing police records, that his client was too intoxicated t remember what he had done – saying police had to show him a video of the attack for the consequences to register.

The prosecution, however, argued and won on a premeditation theory. Urbanski was ultimately convicted of murder in the first degree.

Argued by the state, perhaps key to jurors’ conclusions, but certainly key to the defendant’s denied appeal, was the introduction of evidence that Urbanski harbored racial hatred for Black people.

The evidence submitted during trial showed the defendant had several racist memes on his phone. He was also a member of a racist Facebook group, since taken down, called “Alt-Reich Nation.”

Another member of the group and Urbanski’s longtime friend, from high school testified that the memes on the phone were consistent with the kind of racist posts shared in the now-defunct group.

Urbanski was, at some point, charged with a hate crime as well. But after his trial was delayed four times – three at the defense’s request; one at the state’s – the hate crime charge was tossed, because, Judge Lawrence Hill found, the state’s theory was “utter speculation.”

Still, the judge allowed that evidence to be relayed to jurors.

Armed with that relevant evidence, the state pressed the racial hatred angle even in the absence of the hate crime enhancement.

Prosecutor Jason Abbott said Urbanski “selected the Black man” at the bus stop and argued that it wouldn’t have mattered if Collins had gotten out of his killer’s way – as Urbanski demanded. He also explained how the defendant was “a member of a Facebook group that paid homage to Adolf Hitler,” which had “poisoned his mind.”

Dawn Collins, the victim’s mother tearfully testified to the general state of U.S. racial relations: “When I found out I was having a boy, I was instantly struck with fear. A Black man in America — oh my God.”

In his appeal, Urbanski’s attorneys argued that introducing the memes and “Alt-Reich Nation” affiliation violated the First Amendment and that jurors should not have been allowed to consider such evidence.

The judges explained that the memes were not just racially insensitive, but extremely so, and included suggestions to kill Black children.

Notably, the memes were not just racially offensive. In addition to being racist, the memes encouraged and promoted violence against Black people by “nab[bing] . . . life points . . . when the [n-word] ain’t looking[,]” “Hit[ting] the [n-word] Baby[,]” and images stating to “consider” nooses, which has a historical significance in the killing of Black people in American history.

“Memes depicting violence against Black people constituted relevant evidence that was probative of Appellant’s intent to violently harm Lt. Collins,” the opinion goes on. “Thus, this Court holds that the contested evidence was admissible to prove motive for first-degree murder and does not violate the Appellant’s First Amendment rights.”

“He survived fighting in the Korean War only to be shot dead a few months after his honorable discharge while walking the streets of his hometown,” the grieving father told jurors, parallels obvious.

The white man in that instance was never prosecuted.