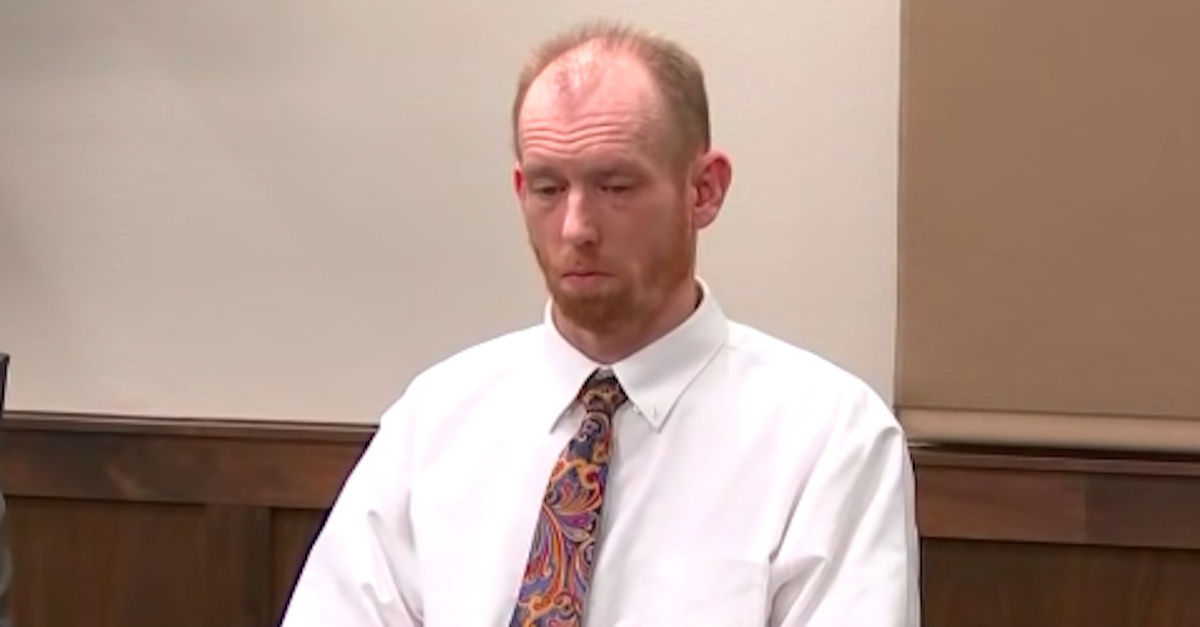 A North Dakota man who was serving four life sentences for murdering four people died in custody over the weekend.

Chad Trolon Isaak, 48, died on the evening of Sunday, July 31, 2022, according to the North Dakota Highway Patrol (NDHP).

In a media release provided to Law&Crime, the NDHP said they were called to the North Dakota State Penitentiary in Bismarck, N.D. “regarding a resident who had caused self-harm.”

“The responding NDHP Trooper was told the inmate was taken by ambulance to Sanford Hospital where he was pronounced deceased,” the agency said.

Isaak was convicted of four murders in August 2021.

The U.S. Navy veteran was found guilty by jurors for a gruesome quadruple stabbing-and-shooting massacre that even his own defense attorney admitted during trial was one of the most “exceptionally heinous” crimes in the Peace Garden State’s history.

The since-deceased defendant maintained his innocence throughout the proceedings, insisting that law enforcement had the wrong man and disputing the strength of the evidence against him.

Defense attorney Bruce Quick argued that prosecutors were single-minded in pursuit of their client to the point of having blinders on regarding other potential suspects – including the husband of a woman with whom Fakler was reportedly having an affair.

That alleged romantic relationship, the defense argued, provided motive while prosecutors and law enforcement admitted that they could not come up with a motive for Isaak’s actions.

North Dakota Bureau of Criminal Investigation Supervisory Special Agent Arnie Rummel, who once faced a criminal case of his own, testified that a motive wasn’t necessary for a conviction.

The state, however, brushed off such concerns and relied largely on video surveillance and DNA evidence to secure conviction.

Isaak, prosecutors said, was the last person seen leaving a property management company building on the day of the unkempt violence. The killings occurred at the RJR Maintenance and Management office in Mandan, N.D. on April 1, 2019. Isaak was a chiropractor who owned a mobile home that was parked on the lot overseen by the company.

Kyle Splichal, who worked at the North Dakota State Crime Lab in 2019, testified that DNA evidence from Fakler and possibly Lois Cobb was later found in Isaak’s white pickup truck. Another expert testified that fibers from clothing worn by the victims and the defendant were present on one another and in two vehicles driven by Isaak on the day of the slayings.

The inmate was also convicted of burglary, unlawful entry into a vehicle, and unauthorized use of a vehicle.

Onlookers reportedly clapped and cheered as Isaak was sentenced by the court, while several victim impact statements ruminated on the “hate” the defendant inspired, according to western N.D. CBS and CW affiliates KX Television. One victim’s sibling called the convicted murderer a “monster” and hope that he would “rot.”

Largely responding without a reaction to the sentence, Isaak did ask to address the court after being condemned. He said: “I can honestly tell you I’m not a murderer, and that’s all I have to say.”

Adamant to the end of his life about his role, or lack thereof, in the burglary and ensuing deaths, Isaak was in the process of appealing his convictions to the North Dakota Supreme Court.

The NDHP and the North Dakota Department of Corrections and Rehabilitation are currently investigating the circumstances of the in-custody death. Law&Crime reached out to the DOCR for additional information but no response was immediately forthcoming at the time of publication.