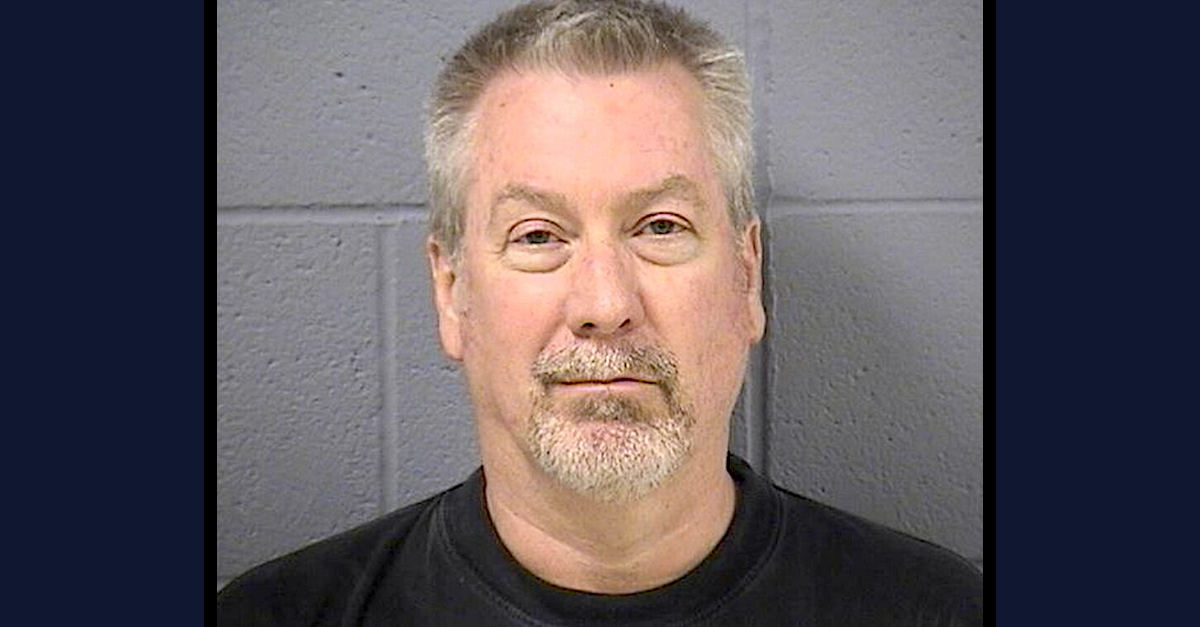 Drew Peterson appears in a 2009 mugshot.

Drew Peterson, the retired Bolingbrook, Illinois police sergeant convicted of murdering his third wife Kathleen Savio, will not receive a police pension. That’s according to a Thursday ruling by an intermediate Illinois appellate court.

The case, styled as Peterson v. The Board of Trustees of the Bolingbrook Police Pension Fund, held that the pension board was correct to terminate Peterson’s benefits because the “murder of his ex-wife was related to, arose out of, or was in connection with his service as a police officer” when viewed by the “manifest weight of the evidence.”

Peterson was serving a 38-year sentence for the first-degree murder of Savio, Law&Crime previously noted, when he was subsequently convicted for trying to arrange the murder of James Glasgow, the prosecutor who put him away. The Glasgow case resulted in a separate 40-year sentence.

Peterson’s fourth wife, Stacy Peterson, has been missing since Oct. 28, 2007. Stacy’s relatives have long believed that Drew is responsible, but Drew has never been charged in connection with her disappearance.

Peterson was charged on May 7, 2009, in Savio’s death. She had been found dead in her bathtub on March 1, 2004. A 2012 trial resulted in a 38-year sentence for Peterson; his conviction was affirmed, the appellate panel court in the pension case noted.

“The petitioner police officer’s pension benefits were terminated after he was convicted of the murder of his ex-wife,” the court said. Peterson appealed that decision to a trial judge; the trial judge held against him. The appellate court did the same. 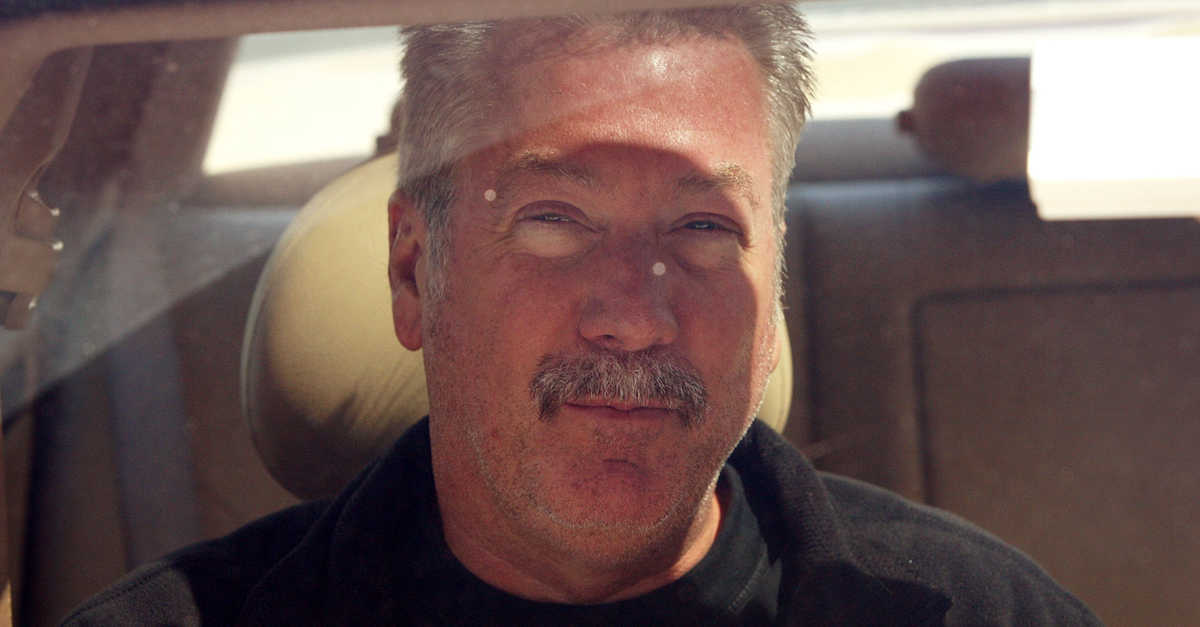 Drew Peterson was photographed leaving the Will County Jail in his attorney’s car after posting bail for a felony weapons charge May 21, 2008 in Joliet, Illinois. (Photo by Scott Olson/Getty Images.)

A lengthy paragraph explained precisely why the pension board — and the subsequent reviews by the judiciary — decided Peterson needed to be cut off from receiving government retirement money:

In a decision and order dated July 7, 2016, the Board terminated Peterson’s benefits pursuant to [Illinois statute], finding that Peterson used his specialized police training, skills, and abilities to plan and commit Savio’s murder. The details of the Savio murder and investigation are described in our prior appellate court opinion affirming Peterson’s conviction, but relevant to this order, the Board made some specific factual findings. The Board found that prior to Savio’s murder, during a ride-along while Peterson was on duty, Peterson had offered Jeffrey Pachter, a former coworker, $25,000 “to take care of” Savio. On the day Savio’s body was discovered, Peterson had called the locksmith, Robert Akin, Jr., on Akin’s personal cell phone to ask for a wellness check on Savio. Akin was usually contacted by dispatch for wellness checks. Peterson was in uniform when he met Akin at Savio’s door. Akin would not have performed the wellness check without a police officer or other person of authority present. Peterson requested professional courtesy from one of the first responders, telling him that Savio was his ex-wife. Also, as a professional courtesy, Peterson was allowed to be present for the interview of his fourth wife, Stacy Peterson, which was conducted in their home. Peterson was interviewed in the lunchroom of the Bolingbrook Police Department. A few years after Savio’s death, but before Peterson had been charged with the murder, Peterson told Donna Badalamenti, a friend of Stacy Peterson’s aunt, that he was well-trained and could get away with murder. Peterson’s police training records indicated that he had training in evidence handling and crime scene investigation.

Per the court’s retelling of the matter, Peterson contended “there was no nexus between the felony and Peterson’s duties as a police officer.” The pension board — and, again, the courts — rubbished that argument.

Under Illinois statute, “A police officer shall have his pension benefits terminated if he ‘is convicted of any felony relating to or arising out of or in connection with his or her service as a police officer,'” the appellate court said.

The court then walked through the relevant case law on point which has interpreted that statute (we’ve omitted the quotation marks and the legal citations):

There must be a clear and specific connection between the felony committed and the participant’s employment to justify the forfeiture While every felony conviction is a violation of a police officer’s oath of office, it is not a sufficient nexus, standing alone, to deprive a police officer of his pension. Rather, there must be a nexus between the committed felony and duties as an officer.

Accordingly, the appellate panel deferred to the pension board:

As noted above, the Board found a number of key facts to be true: Peterson had offered money to Pachter in 2003 to take care of Savio, while on duty and in his squad car; Peterson told a friend of Stacy Peterson’s relative that he was well-trained and could get away with murder; Peterson was in uniform and called the locksmith on his personal cell phone for the wellness check on Savio; Peterson was allowed to be interviewed at the police station where he worked; Peterson was allowed to sit next to Stacy Peterson during her interview, conducted in the basement of their home; and Peterson had evidence training and specialized restraint training. The Board concluded that Peterson orchestrated the discovery of Savio’s body while he was on duty, a fact that played a critical role in finding that Savio died by accident. We defer to those findings unless they are against the manifest weight of the evidence, meaning that the opposite conclusion is clearly evident. [Citation omitted.] In this case, the opposite conclusion is not clearly evident.

Peterson attempted to argue that there was no “nexus” between the crime and his job. Rather, the court said, Peterson claimed “his actions were personal” because “Savio did not marry him because he was a police officer.”

Peterson also argued that the board was wrong when it concluded that his “police training and experience were in any way related to Savio’s murder by drowning,” the appellate court said.

The appellate panel disagreed by pointing squarely back to the pension board whose decision the court viewed with deference:

“Considering the totality of the evidence presented to the Board, and its factual findings, we find that the Board’s conclusion that Peterson’s felony conviction was related to or connected to his service as a police officer was not clearly erroneous,” the appellate panel concluded. “The evidence indicates that Peterson killed Savio and then used his position to orchestrate the discovery of her body and direct the investigation, all in order to avoid detection and prosecution.”

The opinion was penned by Presiding Justice Mary K. O’Brien. Justices Eugene P. Daugherity and John L. Hauptman were also on the panel. All three concurred in the judgment.

The full opinion regarding the pension matter is below: