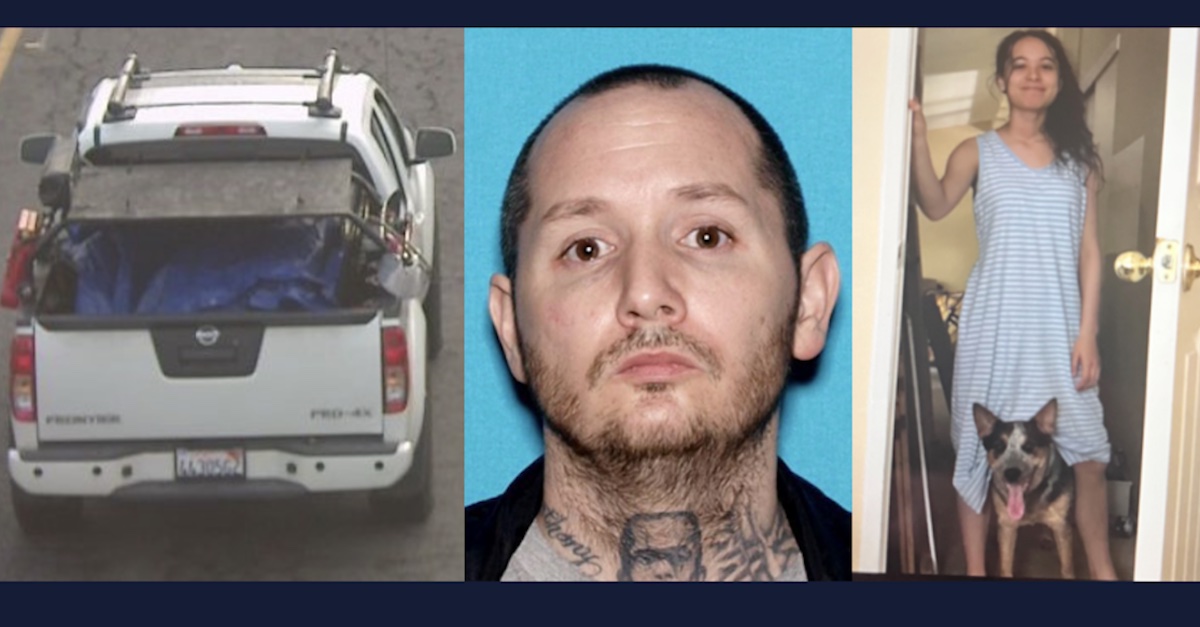 The California Highway Patrol released these photos of Anthony Graziano (center), his 15-year-old daughter, Savannah and his truck as part of an AMBER Alert for Savannah on Monday, Sept. 26, 2022.

A police shooting that killed the 15-year-old daughter of a murder suspect in California will be investigated by the state Department of Justice under a new law requiring state intervention when a law enforcement officer fatally shoots an unarmed civilian.

Savannah Graziano was the subject of an AMBER Alert when San Bernardino County Sheriff Shannon Dicus says deputies shot her as she emerged from her father’s truck wearing body armor after a freeway chase and gunfight in the desert city Hesperia.

Deputies had been following Anthony Graziano’s white 2017 Nissan Frontier for miles after a citizen aware of its wanted status reported seeing it near Barstow about 10:25 a.m. Tuesday. Police about 90 miles south in the city of Fontana had identified the 45-year-old Graziano as a suspect in the murder of his estranged wife, who is Savannah’s mother.

The alert issued about 1:30 p.m. Monday by the California Highway Patrol said he’d abducted Savannah, who was last seen with him about 7:30 a.m. that day. It described Graziano as “armed and dangerous,” and Dicus said he fired upon deputies “immediately” upon them contacting him Tuesday, “putting several rounds through the windshield on the patrol unit” and later disabling with gunfire a second patrol unit that had tried to join the chase.

The sheriff said Savannah was fatally shot after deputies tried to contain her father’s truck in a triangular area between the Interstate 15 and a freeway bridge and offramp. A firefight ensued before the truck stopped and Savannah exited, but Dicus said Tuesday deputies didn’t know it was her as she “starts to run towards sheriff’s deputies and during the gunfire goes down.” They realized who she was after they shot her, Dicus said, then opened a door to the truck and found her father dead in the driver’s seat.

“As deputies go up and to render aid and realize this is Savannah in the tactical gear, they immediately transport her to a  local area hospital,” Dicus said. “At 11:52 hours, Savannah was pronounced deceased.”

Dicus also said “there may be some indications” that Savannah “may been involved in some of the fire exchange” but said he didn’t know if she was armed when police fatally shot her.

“It is so early in this investigation, folks,” the sheriff said during a press conference. “This is highly complex.” 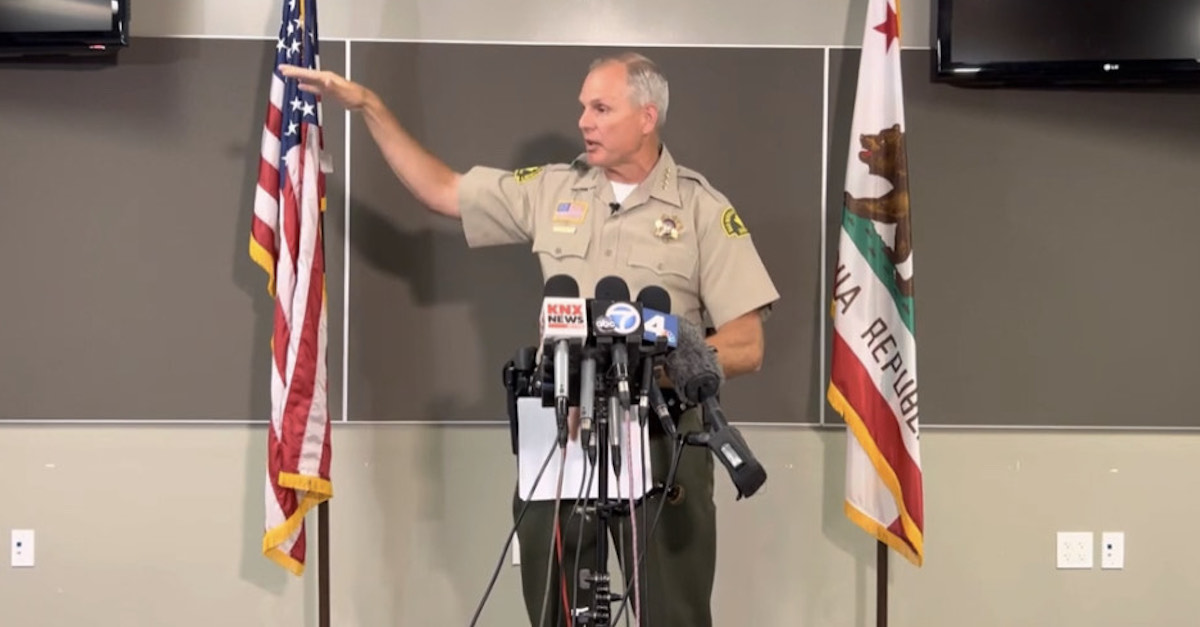 The next day, Dicus said in a video posted to social media that “based on the information, evidence suggests that Savannah Graziano was a participant in shooting at our deputies.” But he didn’t say anything about her being armed when she was killed, and he announced a move that indicates she wasn’t: “Based on the totality of events and the regiments of Assembly Bill 1506, I have consulted with the (state) Department of Justice about assuming the primary role for this investigation,” Dicus said. “If in fact the requirements for AB 1506 are met and they take the lead, any additional updates will be released by Cal DOJ.”

Signed into law by Gov. Gavin Newsom (D) on Sept. 30, 2020, AB 1506 mandates that the state Attorney’s General Office investigate, also known as the state Department of Justice, through a new unit “incidents of an officer-involved shooting resulting in the death of an unarmed civilian.” The core requirements are that the person shot and killed by police be a civilian and be unarmed. Similar protocols are in place in other states, including New Jersey, where “any discharge of a firearm by a law enforcement officer in the course of his or her duties, regardless of whether the shooting resulted in death,” is subject to investigation.

Later on Wednesday, the California Attorney General’s Office announced it was taking over the investigation.