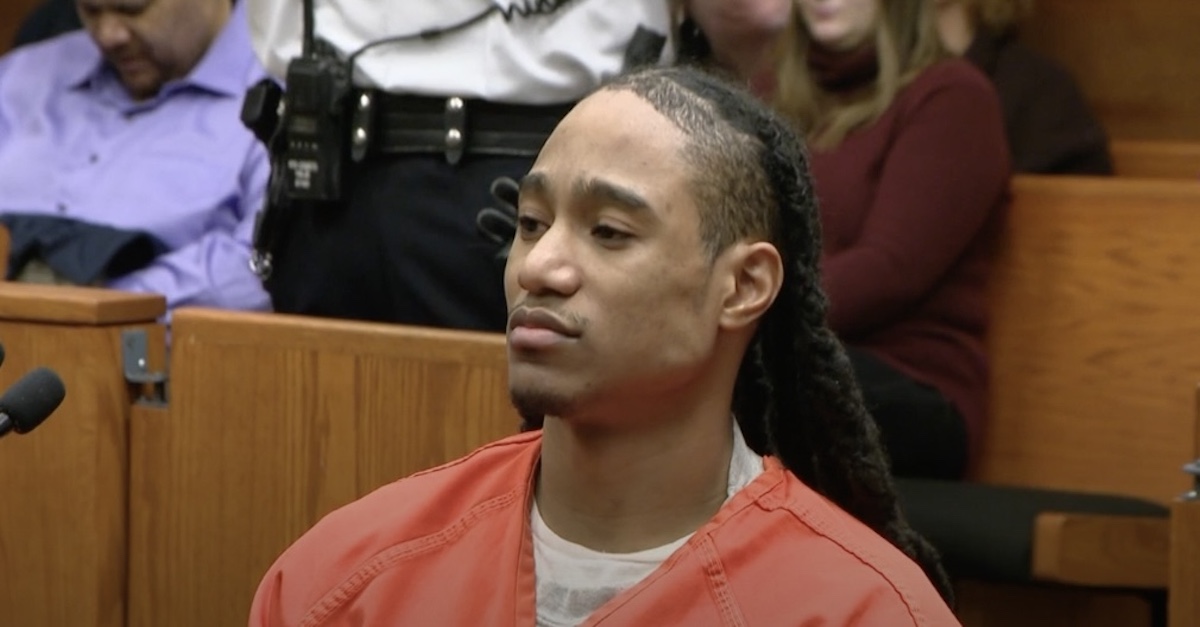 A 29-year-old ordained minister and foster father in New York faced a judge’s wrath when sentenced for killing a 4-year-old boy, who was brutally beaten to death two years ago. An emotional Schenectady County Court Judge Matthew Sypniewski on Tuesday vituperated Dequan Greene as a “sociopath” before ordering him to serve the maximum sentence of 25 years to life in prison for the December 2020 death of Charlie Garay.

Video of Tuesday’s sentencing hearing showed a visibly upset Judge Sypniewski unleashing on Greene, who has maintained his innocence even after being found guilty of second-degree murder in Charlie’s death.

“Not only are you a murderer, but you’re a sociopath. That’s what you are. An absolute sociopath. You’re gonna come up here and try to talk to me? Listen, you’re not chitchatting with RPD in your living room trying to bullsh—,” Sypniewski said, stopping himself before finishing the expletive. “I don’t know what dimension you are even in, but it’s fine, it’s fine if you wanna keep playing games. You’ll be playing them the rest of your life. I’ve got no doubt on this case. This one ain’t coming back on appeal, I’ll tell you that. No doubt.”

According to a press release from the Schenectady County District Attorney’s Office, officers with the Rotterdam Police Department, paramedics from the Mohawk Ambulance Service, and personnel from the Rotterdam Fire Department responded to a 911 call at a home located in the 2700 block of Broadway regarding a report about a 4-year-old in respiratory distress.

Upon arriving at the scene, first responders say they found Charlie unresponsive and not breathing before transporting him to Ellis Hospital where he was pronounced dead.

Greene told first responders that Charlie had “fallen out of a child’s chair” then “began to slur his speech and then passed out,” the release stated. He allegedly told other investigators that the boy had choked. In either case, instead of calling 911, prosecutors said he called his wife who was out shopping. She came home and phoned authorities for assistance.

An autopsy determined that Charlie’s manner of death was a homicide and the cause of death was “extensive internal injury to his liver and intestines caused by blunt force trauma.”

Charlie and his 5-year-old brother were both foster children placed in the care of Greene and his wife, Latrisha Greene, just two months earlier by the Child Protective Services (CPS) of Albany County’s Department of Social Services after they were removed from the custody of their biological parents by a family court judge. The couple already had three children of their own, all daughters under the age of five.

Prior to Charlie and his brother, the Greenes had “only once before fostered one child for one day,” the DA’s office wrote. Charlie’s brother also sustained a spate of physical injuries, including “bruises, abrasions, and a torn frenulum,” resulting in him being removed from the Greene’s custody.

Greene was arrested in January 2021 and charged with murder. He went on to be convicted by a jury earlier this year. The tampering with evidence charge his wife faced when on to be dismissed.

During his trial, prosecutors reportedly argued that Greene knowingly and repeatedly physically abused Charlie and his brother and should get the maximum sentence.

“This is not a case of a person caught up in anger or rage or snapped and hurt someone. This was a whole day of abuse,” Assistant District Attorney Christina Tremante-Pelham said, according to The Daily Gazette. “This man should not get credit for the fact his only conviction is murdering a child.”

Despite Judge Sypniewski’s warnings and reassurances, Greene’s lawyer James Tyner reportedly said that he plans to appeal the verdict and sentencing.

Just before ordering Greene to prison, Judge Sypniewski delivered a searing parting shot: “You’re going to go there and everyone is going to know — ‘Baby Killer.’ Good luck with that.”