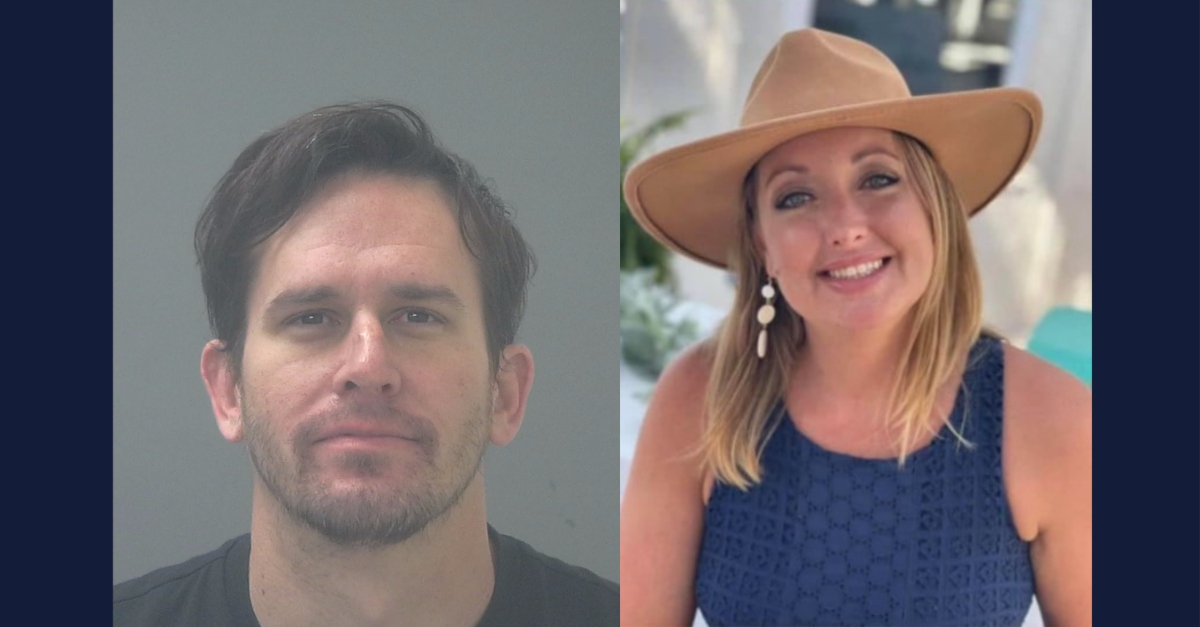 Almost two months after his Florida trial was canceled, a man was reportedly indicted in Alabama for a related charge of abuse of a corpse. Authorities have said that victim Cassie Carli, 37, was found in a barn on a property linked to her ex-boyfriend, defendant Marcus Spanevelo, 35.

This marks the next step in the recent but winding case. The coroner in St. Clair County, Alabama, have said that Carli’s cause and manner of death were “undetermined.”

St. Clair County prosecutors did not immediately respond to a Law&Crime request for comment.

As previously reported, Carli went missing on March 27 down in Santa Rosa County, Florida, when she was supposed to meet Spanevelo for a custody exchange at the Juana’s Pagodas restaurant. Her father reported her missing.

Carli’s family said her number sent strange texts, in which the author – purportedly her – claimed to have car trouble and that Spanevelo was paying her to “do some stuff around his house.” Relatives said her phone was missing from her purse, which was found in her abandoned car at the restaurant.

Carli had said over the previous two years that Spanevelo had been threatening her, her brother Anthony told WKRG in an April 1 report.

“She is always in contact with her family and friends,” Raeann added. “Even during the exchange, she would have texted. Our red flag was Marcus.”

Carli’s vehicle was found in the Juana’s Pagodas restaurant parking lot. Her purse was inside the vehicle. It was on April 3 that her body was found in a shallow grave in Springville, Alabama. Spanevelo was arrested in Tennessee.

“All he said was ‘Lawyer,'” Santa Rosa County Sheriff Bob Johnson has said of the defendant, describing the arrest in Tennessee.

You might remember, #CassieCarli disappeared in March after meeting Marcus Spanevelo for a custody exchange of their 4-year-old daughter.

The major, multi-state search ended tragically with Carli’s body being found in a shallow grave in an Alabama barn. Spanevelo was arrested. pic.twitter.com/IyCbWqn0Cj

Cassie Carli Case: The Marcus Spanevelo trial has been postponed one week. The trial is now scheduled for Tuesday October 18. Jury selection will be the day prior.

The reason for the trial being continued is unclear at this time. #CassieCarli #MarcusSpanevelo @WFLA @WKRG pic.twitter.com/VjhnYt5w9J

And yet there is no official stance on how Carli died. Spanevelo was set to stand trial in Santa Rosa County for tampering with evidence and also information to law enforcement during an investigation.

His Florida defense filed to omit testimony regarding allegations of “possible kidnapping, murder, manslaughter, improper disposal of human remains” or other crimes.

“There is no legitimate reason why the witnesses would be unable to testify that there was an active missing person or felony criminal investigation, as stated in the Information, without elaborating on the uncharged crimes listed above,” Assistant Public Defender Nicholas M. Thomas wrote.

On Oct. 10 — the same day the Florida trial was set for jury selection — St. Clair County Coroner Dennis Russell told Law&Crime that Carli’s cause and manner of death were “undetermined,” though he declined to answer further questions because of the ongoing investigation.

Spanevelo’s jury section was postponed, and Florida prosecutors ended up dropping their case altogether — essentially punting the ball to their Alabama counterparts.

“The disappearance and death of Cassie Carli remain under investigation by law enforcement agencies in both Florida and Alabama,” wrote Assistant State Attorney Mark Alderman in a noelle prosequi dated Oct. 13. “In an effort to prosecute the strongest case, and after communicating with law enforcement agencies in both States, the Office of the State Attorney believes that in the interest of justice, the actions of Marcus Spanevelo are most appropriately prosecuted in Alabama. Therefore, case number 5722CF000491 is being dismissed and Marcus Spanevelo will be transported by law enforcement to Alabama.”