After Her Boyfriend Died Before His Name Could Be Cleared, Woman Exonerated in Great-Niece’s 1987 Murder 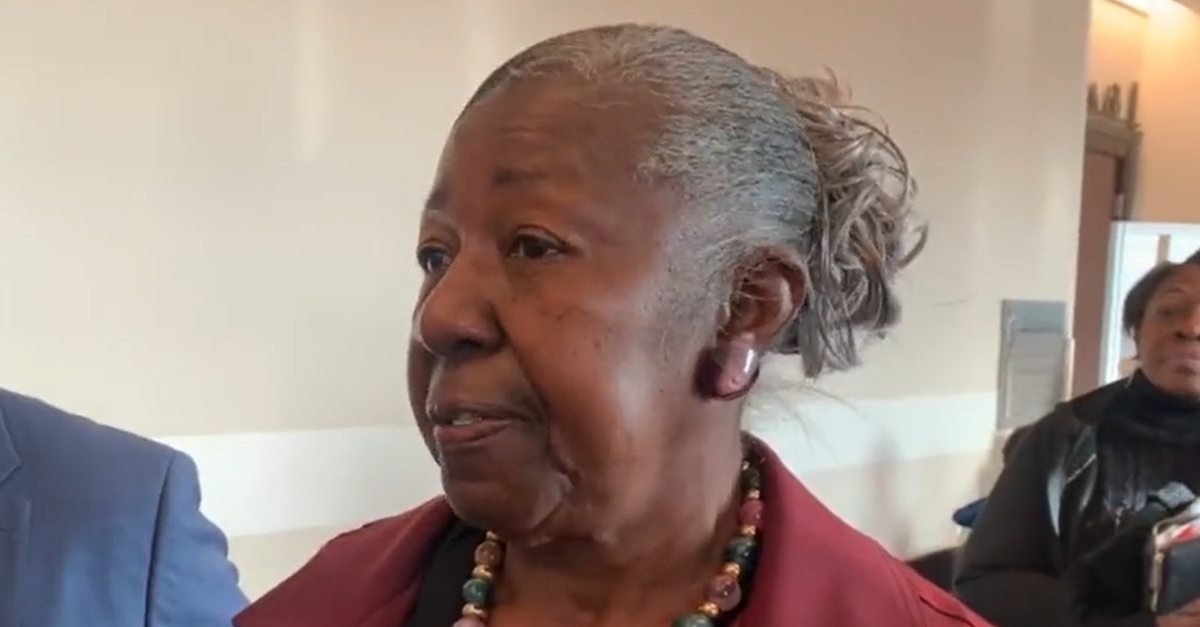 A 74-year-old woman has been exonerated of the horrific decades-old murder of her great-niece, but the septuagenarian’s boyfriend died while awaiting parole for a crime that he did not commit.

On June 28, 1987, a 4-year-old girl named Brandi Jessie died of a traumatic head injury in a Tennessee hospital, according to the Davidson County Attorney General’s Office’s Conviction Review Unit.

Prosecutors accused her great-aunt Joyce Watkins and the woman’s boyfriend Charlie Dunn of being the killers. They were charged, convicted, and sentenced to life in prison for first-degree murder, and aggravated rape. But now, the state admits the couple was wrongfully convicted, saying that the child’s fatal injuries preceded them being around her.

On Wednesday, a judge agreed, granting a motion to dismiss their charges. It was too late for Dunn to see his exoneration. He died in 2015 while awaiting release on parole.

“Fortunately, wrongful convictions are rare, but when they happen, they are real tragedies,” District Attorney General Glenn Funk said in court. “In this case, for 25 years, two innocent people languished in the penitentiary and the real perpetrator has never had to face justice. We cannot give back years to Ms. Watkins and Charlie Dunn but thanks to the tenacity of Ms. Watkins, the advocacy of the Tennessee Innocence Project, and the diligence of our Conviction Review Unit, and the wisdom of this Court, we can restore their dignity. Joyce Watkins and Charlie Dunn are innocent and on behalf of the State of Tennessee, I move this Court to dismiss these charges.”

Judge Angelita Blackshear Dalton has officially vacated and dismissed the 1988 convictions of Joyce Watkins and the late Charlie Dunn.

Watkins says it cost her half of her life, but years later, her record is finally cleared. Prior story: https://t.co/3XxQB5YMJg@NC5 pic.twitter.com/eMAEAJaUpD

The Conviction Review Unit (CRU) previously lambasted the original case in a report filed last November (h/t The Nashville Scene). They called the investigation shoddy for failing to look at other possible causes of Jessie’s fatal, disturbing injuries. When she died, Jessie had spent the two previous months in the care of another great-aunt Rose Williams in Kentucky. The original plan was for her to only stay there for two weeks before her mother in Georgia took her back.

“Ms. Williams’s testified during the two months [Brandi] was in her care, the child suffered a variety of injuries and exhibited numerous abnormal behaviors,” the CRU wrote. “This included testimony that [Brandi] was found drinking out of a toilet bowl and that she began spontaneously vomiting at the dinner table.”

According to the report, Williams testified Jessie lost consciousness twice during the time in her care, including one incident in which the adult found the child unresponsive on the floor. The girl had apparently had peanut butter lodged in her airway, in this version of events. A neighbor who tried to help suggested going to the hospital because of the possibility of brain damage, but Williams allegedly did not seek it. There was another incident in which Williams allegedly said Brandi fell down stairs, appearing to be unconscious. She said they were going to the hospital, but she turned the car around when her daughter pointed out Jessie was talking again.

The CRU said she did not offer a reasonable explanation during cross-examination for failing to seek medical help in the stairs incident. She only said she did not have enough gas in her car to get to the hospital without stopping.

A Kentucky Department of Social Services social worker checked the home after getting a report of Jessie being physically abused.

“Ms. Williams told the social worker [Brandi] had already returned to Georgia,” the CRU wrote. “Ms. Williams later admitted this was a lie and that [Brandi] was still in her care.”

According to authorities, Williams began calling Watkins in the week before Jessie’s death, becoming more and more insistent on Watkins taking the girl. Watkins finally did on June 26, 1987.

Watkins quickly realized something was wrong, finding blood in the child’s underwear upon returning home to Nashville. She called the child’s Georgia-based grandmother, saying Jessie needed medical help, but she was told to wait for them to pick up Jessie. Hours passed. Relatives did not arrive. Watkins took Jessie to the hospital, where doctors found the girl suffering from head trauma and severe vaginal injuries.

Authorities at the time blamed Watkins, even though she was the only adult to get help for the suffering girl. And there was no substantive evidence against Dunn, the CRU said.

“It is absurd to ignore the documented ongoing abuse and neglect of [Brandi] that took place in the two months prior to her presence in Nashville and instead to place blame on the two people who had [Brandi] in their care for less than 9 hours,” the report stated. “Two people, who within 1.5 hours, notified [Brandi’s] grandmother of a medical problem and the need for [Brandi] to receive medical care.”

Watkins has been on parole since 2015.

“I thank all the people for their prayers and helping me get out of this mess which has cost me half of my life for nothing,” she said Wednesday, according to WXMI. “But I’ll get over it.”