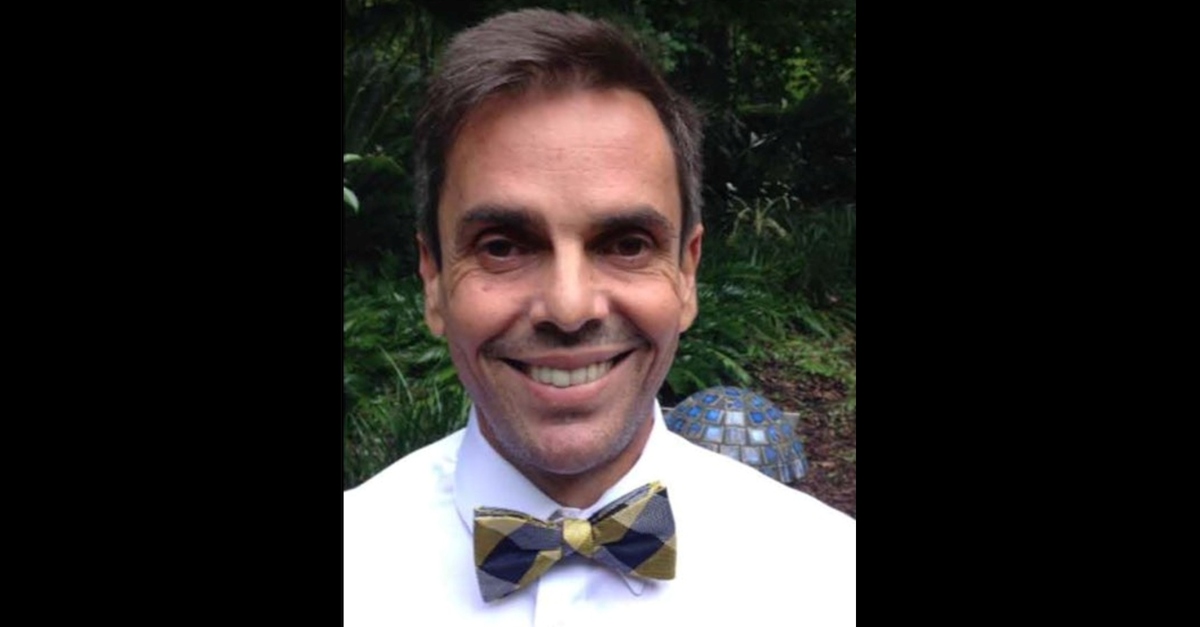 A man who helped paved the way for same-sex marriage nationwide was found dead in a landfill, and cops are investigating this as a homicide. Police in Tallahassee, Florida, did not elaborate on how and why they believe someone killed Jorge Diaz-Johnston, 54.

Officers originally put out a notice that he was last seen Jan. 3 in the 2800 block of Remington Green Circle in Tallahassee. Details were sketchy, however. Cops did not even know what he was wearing. But officers announced Wednesday that he was the person found dead around 9:30 a.m. on Jan. 8 in a Jackson County landfill.

“The Okaloosa County Sheriff’s Office is investigating after a man was found dead in a trash pile at a Jackson County landfill Saturday,” they said on Jan. 9. “The body had been in trash collected around 9:30 a.m. at the Baker landfill on Charlie Day Road by a garbage transportation company. The driver was on his way back to Okaloosa County to pick up another load when he got a call to contact law enforcement. OCSO Investigators say the trash that goes into the waste trailer comes from a metal bay at the Baker landfill which is accessible to any company or individual. The man’s identity is not yet known. An autopsy is being scheduled to try to determine his manner of death.”

Jorge and his now-husband Don Diaz-Johnston were among seven couples who sued Florida for its ban on same-sex marriage, according to NBC Miami report from June 25, 2014. The U.S. Supreme Court legalized same-sex marriage in a landmark ruling in Obergefell v. Hodges almost a year later to the day.

“This is clearly for us not just a question of love and wanting to express our love and have the benefits that everyone else has in the state, but it’s an issue of equality and it’s a civil rights issue,” Jorge Diaz-Johnston, then known as Jorge Diaz, told the outlet.

“There are just no words for the loss of my beloved husband Jorge Isaias Diaz-Johnston,” Don Diaz-Johnston wrote in a Facebook post Wednesday. “I can’t stop crying as I try and write this. But he meant so much to all of you as he did to me. So I am fighting through the tears to share with you our loss of him.”

Tallahassee police Lt. George Creamer said Jorge Diaz-Johnston’s death was not a random act of violence, according to WPLG. Investigators have not ruled out his husband as a suspect, he said.

“I am profoundly appreciative of the outpouring of support shown to me, my brother-in-law Don, and my family after the loss of my brother, Jorge Diaz-Johnston,” Diaz wrote on Thursday. “My brother was such a special gift to this world whose heart and legacy will continue to live on for generations to come.”

“Detectives ask anyone who may have information regarding this incident to please call TPD at 850-891-4200,” Tallahassee police said. “They may also remain anonymous by calling Crime Stoppers at 850-574-TIPS.”