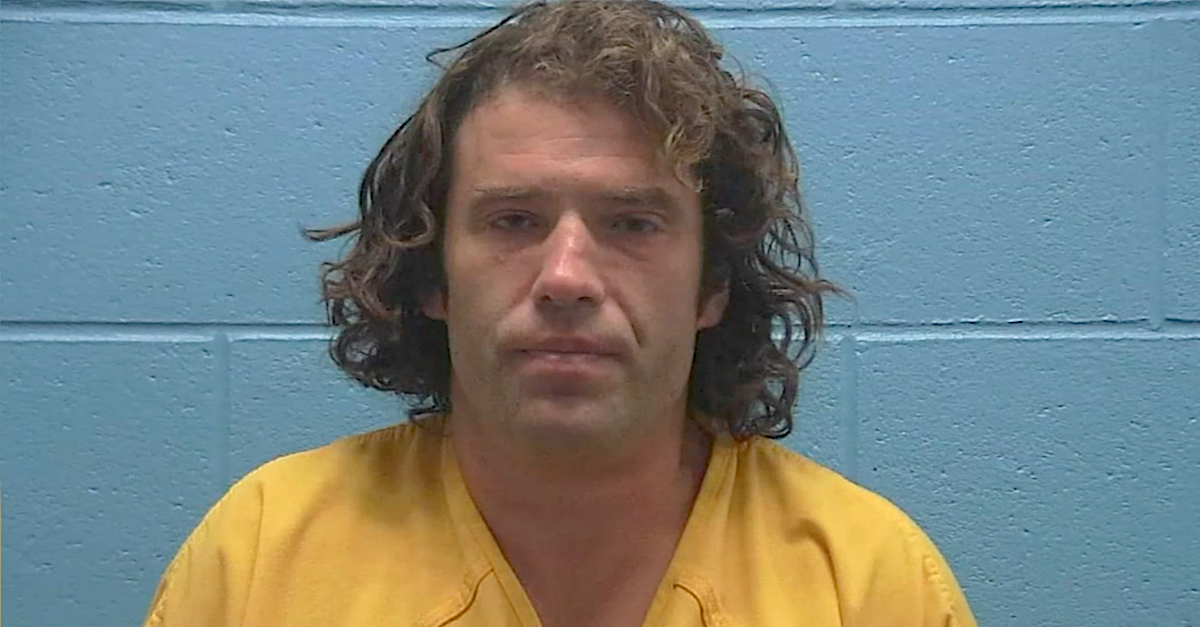 A defendant who allegedly murdered a 70-year-old man and then microwaved and ate part of the victim’s remains is mentally fit to proceed to trial, an Idaho judge has reportedly ruled.

Court records indicate that James David Russell, now 40, is charged with first-degree murder and cannibalism.  Both charges are felonies.  The cannibalism charge alone is punishable by up to 14 years in prison, according to a state statute.  Local law enforcement authorities said last December that they believe the cannibalism charge may be the first of its kind in Idaho since the state banned the practice more than three decades ago.  The murder charge could result in a life sentence or the death penalty, depending on which route prosecutors choose to take.

A press release issued Sept. 13 by the Bonner County Sheriff’s Office says deputies responded to a call about a “suspicious death” on Lower Mosquito Road in Clark Fork, Idaho.  That location is more than eight hours north of Boise in the state’s panhandle region and only 80 miles south of the Canadian border.

“The subsequent investigation by detectives established probable cause that David Flaget had died at the hands of James Russell,” the law enforcement dispatch indicated in a brief and conclusory fashion.

Few other factual details were given initially.  The press release did indicate — and court records also show — that a judge ordered a competency hearing for Russell. 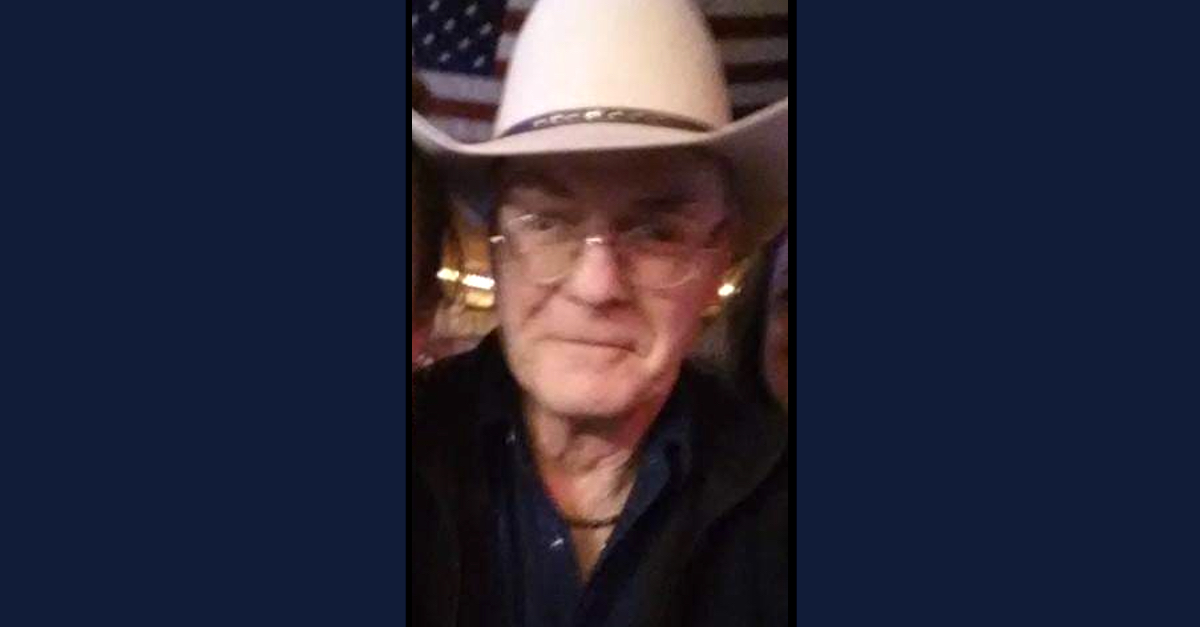 Court records obtained by Law&Crime say the defendant indicated during a Sept. 13, 2021 hearing that he “doesn’t want” an attorney.  A judge appointed one anyway.  A document containing the minutes of that proceeding also say the defendant “refuses” a competency exam.  The appointed defense attorney agreed one was necessary despite the client’s objection, and a judge ordered one to proceed.  No bond was initially set, the records indicate.

According to an online court docket, the defendant was admitted to the Idaho Security Medical Program on Oct. 19, 2021.  A state statute says that is “a program for persons displaying evidence of mental illness or psychosocial disorders and requiring diagnostic services and treatment in a maximum security setting.”

An evaluation reportedly ended with a determination that the criminal case could move forward, according to a report this week from the Bonner County Daily Bee.  That publication said Russell was “deemed mentally fit to stand trial” after an extensive review — the point of which was to determine whether the defendant was “mentally able to participate in the court process.”  An April 5 report by Doctor of Psychology Kimberly Smith determined that Russell was, indeed, “fit to proceed,” the newspaper said while quoting First District Magistrate Judge Tera A. Harden’s comments during a Monday hearing.

“The Idaho Department of Corrections is requesting that the defendant be transported back to the Bonner County Jail prior to the status hearing and arraignment on the amended complaint,” Harden reportedly added.

At a subsequent hearing on Friday, Harden reportedly set Russell’s bail at $5 million, according to the victim’s relatives. 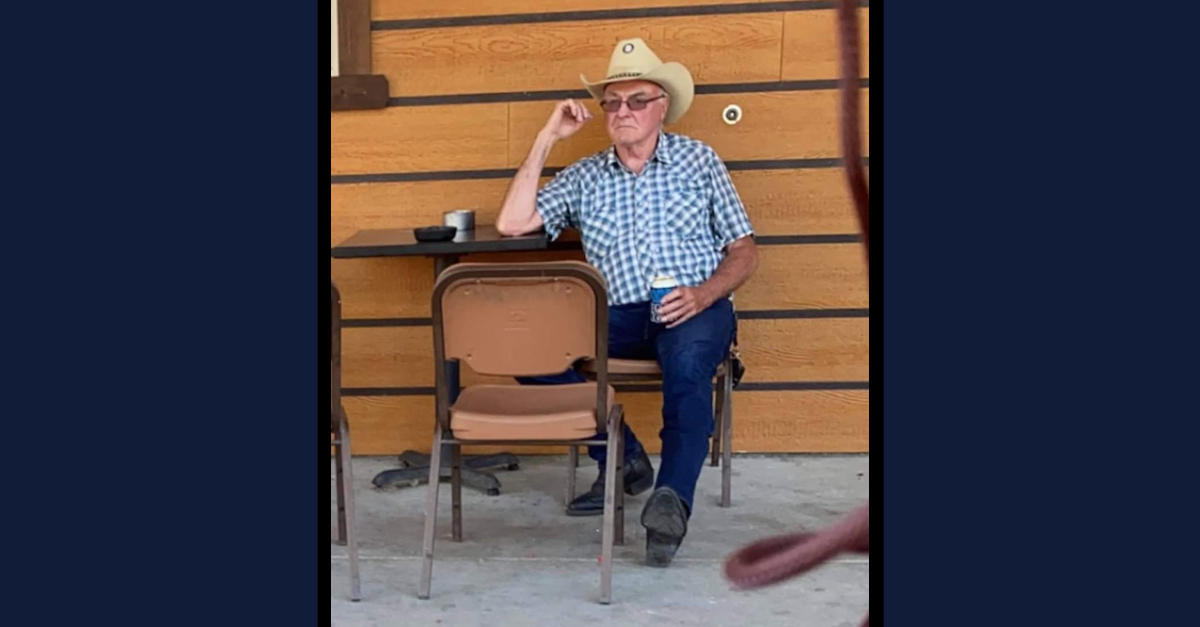 A probable cause affidavit obtained by Law&Crime says the case unfolded when Russell’s relatives — apparently an aunt and uncle — reported that Flaget was dead and that they suspected the defendant — described as their nephew — was the man responsible.

The aunt allegedly told the police she saw the defendant “running with a black duffel bag and latex gloves” at around 10:30 in the morning on Sept. 10, 2021, and that she also saw the victim’s truck parked in an odd spot.  The aunt further said a confrontation ensued when her brother — the uncle — needed to access a loft that had been barricaded by the defendant.  The defendant was described by his aunt as “agitated and aggressive,” according to the court filing.

The victim was the caretaker of the property, according to the affidavit.

Around 3:45 p.m., the aunt, by then curious why the victim’s truck was still parked in a location where it would not normally be seen, approached the vehicle and found what she quickly assumed was Flaget’s body inside wrapped in plastic, the court paperwork indicates.

The aunt then allegedly fled the scene with her mother and contacted her brother, who was by then working at a mining site nearby.  According to the affidavit, the brother — the defendant’s uncle — called the authorities and provided this narrative when law enforcement officers arrived:

On this day, Mark went to the loft to make the necessary repairs.  When he went to the loft, the entrance door was barricaded with a bed.  Mark said this was the first time Jimmy had barricaded the door.  With Elisabeth’s [the aunt’s] assistance, they made entry.  After entering, Jimmy told Mark he did not know who he was and their property was for family only.  Note:  Mark says he and Jimmy have known each other for several years and their relationship had been good until this point.  Mark said Jimmy had become aggressive and he was in fear his continued presence may escalate and [sic] already tense situation.  Mark said he quickly retrieved his internet equipment and left.  While this confrontation was verbal only, it was obvious something was wrong with Jimmy and he feared Jimmy may have become physical had he not left.

The court paperwork says investigators found Flaget’s body in his truck — just as the aunt had feared.  Deputies had to break a window in the vehicle to gain entry.  Bloody clothes were allegedly in a rear seat.

The defendant was described as the “sole resident” of the loft where the evidence turned up, according to the court paperwork.

A subsequent affidavit supplied more graphic detail about what the defendant was allegedly doing:

That subsequent affidavit also pointed back to a previous investigation involving the defendant — this one in California:

On May 3, 2021 San Diego Police Department responded to Mesa Vista Hospital where Dane and Mark Russell, brothers of James Russell, had taken him for psychiatric help . . . . During the investigation family members told officers James Russell, “wanted to cut chunks of his skin off with a knife” this was in order to, “cure his brain.”

The court documents further claims the defendant “was not able to understand” his Miranda rights.  However, the defendant allegedly uttered one thing about the victim’s death:  “It’s private property and we don’t like non-family on it.”

“It shall be an affirmative defense to a violation of the provisions of this section,” the statute continues, if “the action was taken under extreme life-threatening conditions as the only apparent means of survival.”

The law has been on the books since 1990.  Authorities acknowledged that the cannibalism charge is — perhaps thankfully — a novel one.

In a previous spat of research about cannibalism in Idaho, Law&Crime was able to locate only one Idaho appellate case that discusses the practice in the Gem State.  In that proceeding, the Idaho Court of Appeals said that it was “unclear whether” a defendant named Thomas Wendell Helms was discussing “true crimes or mere fantasy” when he “bragged to investigators about feats of murder and cannibalism.”  The court opinion noted that “there exists no evidence to corroborate any of Helms’s frightening claims” of eating human flesh and, as such, they were not taken seriously.

According to a court docket in Russell’s case, a review hearing is scheduled for May 17, and a two-day preliminary hearing is set for June 13 and 14. The case is number CR09-21-3993 in Idaho’s Bonner County Magistrate Court.

Read some of the case file below (warning: the details are graphic).