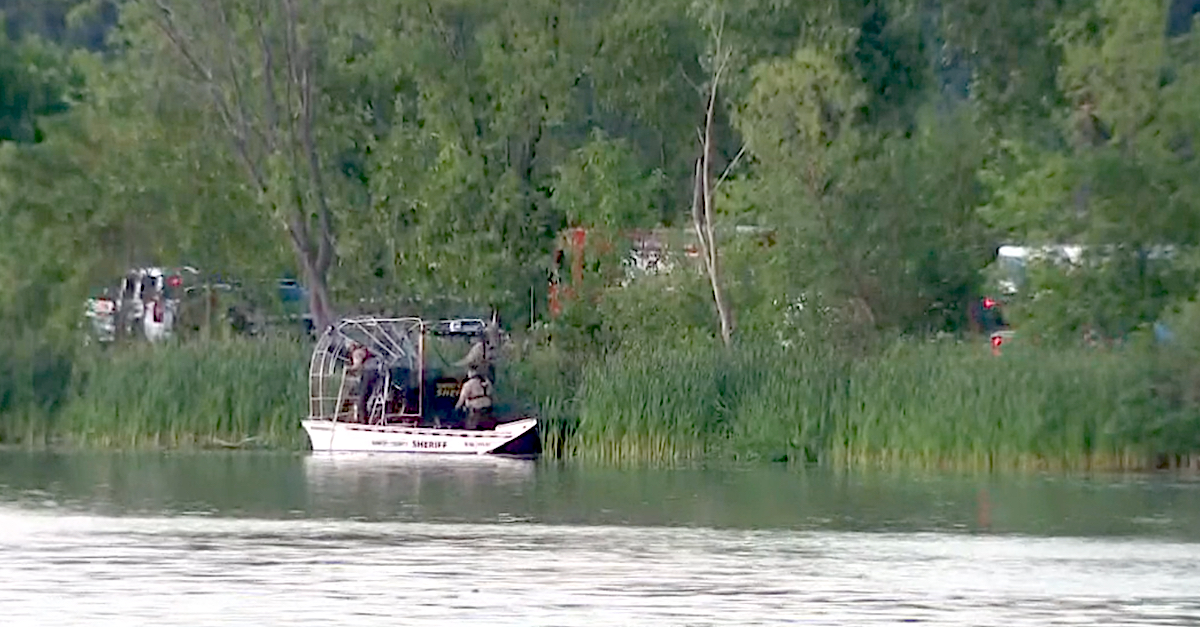 Searchers scoured a Minnesota lake for signs of a missing mother and her three children. (Image via KARE-11 screengrab.)

A child’s body was pulled out of a lake due north of St. Paul, Minnesota on Friday evening. Later, the boy’s brother was pulled from that same lake in Vadnais Heights. Authorities feared those were not the last deceased members of the family to be recovered. They were right.

Ramsey County Sheriff Bob Fletcher initially described the case as a “potential triple-homicide” on the night of July 1, 2022, NBC News reported. “Obviously, a horrible set of facts appears to be developing.”

“I will tell you that a number of resources are here,” Fletcher continued. “There is nothing more tragic than the loss of young children, all of which were apparently under the age of five. If you’re wondering why we suspect the children are here, the children’s shoes were here.”

Those comments came when just the first boy had been discovered. Since then, all three children and their mother were found dead, according to a press conference early Saturday afternoon. The incident is believed to be a triple murder-suicide.

Maplewood Police Department Lieutenant Joe Steiner offered the following at a press conference on Friday night near the lake:

The deceased man is believed to be the husband of the mother. Law enforcement say they “have no belief” the man found dead in Maplewood was ever at the lake in question.

Steiner said the mother’s vehicle was found at the lake – along with several additional items that led authorities to believe the family was somewhere in the area, according to CBS News. 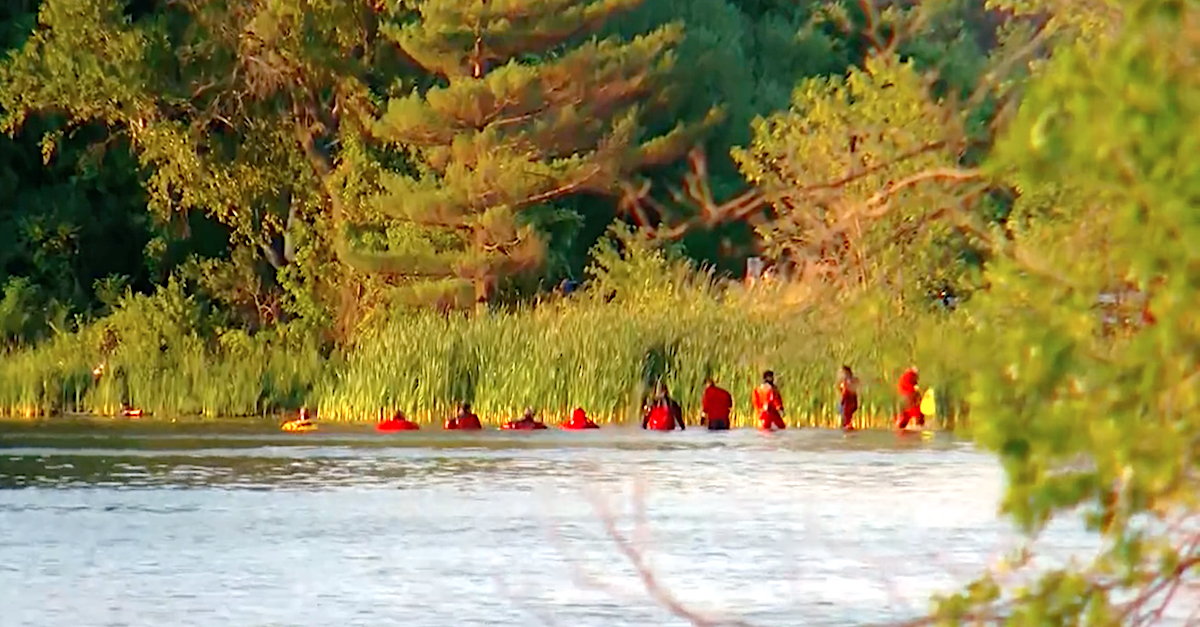 Searchers scoured a Minnesota lake for signs of a missing mother and her three children. (Image via WCCO-TV screengrab.)

Around two dozen members of the family watched as the search continued. A task force of state police, local police, sheriff’s deputies, a dive crew, fire crews in boats, and cadaver dogs canvassed the lake as well as the immediate land, according to the Twin Cities Pioneer Press.

That report by Kristi Belcamino and Molly Guthrey notes:

Late Friday night, as the search continued, relatives and friends of the Hmong family started a small fire, which one man said was an appeal to the spirits to help them find the bodies.

“Even imagining this is going to be horrific just to think about,” Fletcher said during a livestream on Friday night. “It’s just tough to get your mind wrapped around how someone does that.”

An autopsy will be performed on each of the bodies to determine their precise causes of death, Ramsey County Undersheriff Mike Martin said during a Saturday press conference.