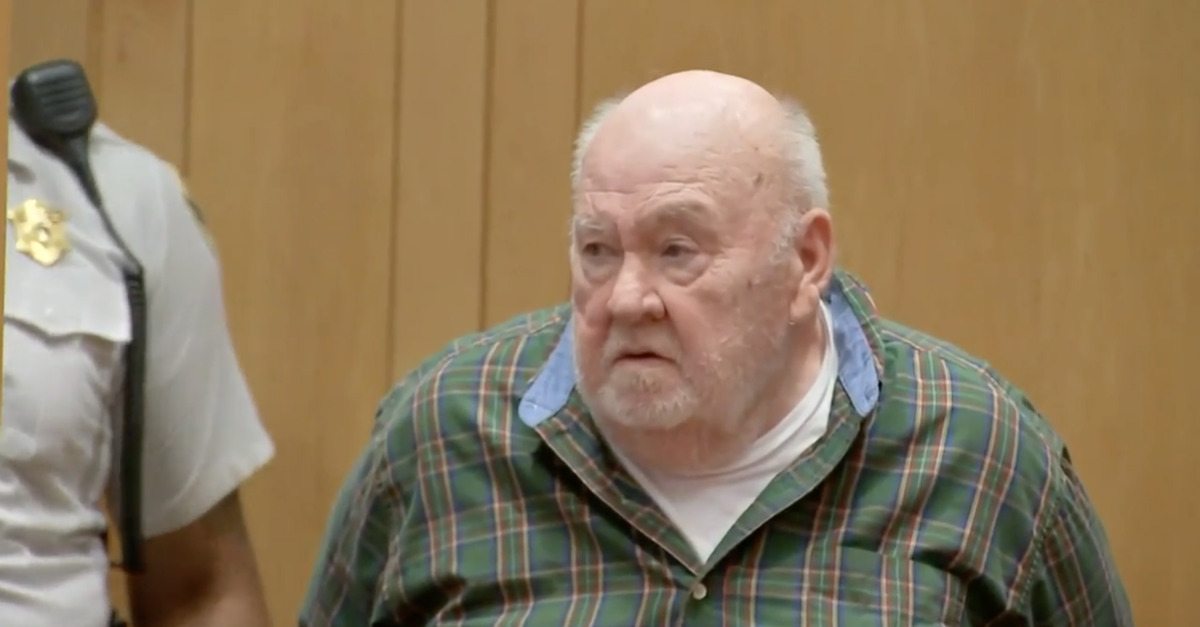 An Alabama man facing charges in Massachusetts over a cold case murder from 1988 was denied bail on Friday.

Marvin “Skip” C. McClendon Jr., 74, stands accused of stabbing 11-year-old Melissa Ann Tremblay to death and then leaving her body in the path of an oncoming train in Lawrence, Mass.

Her body was found in the Boston & Maine Railway Yard on Sept. 12, 1988–the year after the B&M Railroad finally shuttered its operations for good.

As Law&Crime previously reported, the defendant, a former officer with the Massachusetts Department of Corrections, was charged and arrested as a fugitive from justice in Bremen, Ala. late last month.

“Evidence recovered from the victim’s body was instrumental in solving this case,” Essex District Attorney Jonathan W. Blodgett said at the time of McClendon’s arrest. “The suspect lived in Chelmsford in 1988 and had multiple ties to Lawrence.”

Investigators previously said the defendant has been considered a “person of interest” in the case “for some time.”

“We believe we have the right person,” Blodgett said in April, while declining to comment on the specific evidence.

The prosecutor’s office went into those details during Friday’s arraignment before a judge in Lawrence.

“Using various DNA advancements, the commonwealth was able to focus on the name McClendon,” prosecutor Jessica Strasnick said during the brief hearing that took less than five minutes.

In 2014, the prosecutor explained, the Massachusetts State Crime Lab generated a DNA profile from Tremblay’s remains which honed in on the paternal line of the potential suspect.

“Through investigation, the commonwealth located various McClendons and took DNA samples,” Strasnick said. “DNA samples were taken from the defendant before you, Marvin McClendon, whose DNA profile was consistent with the DNA profile that was found on Melissa Tremblay’s body.”

Strasnick went on to allege that during several police interviews, the defendant relayed “information to investigators that was never made public about the events.” Investigators also discovered that McClendon previously owned a van “consistent with what witnesses had seen her speaking with.”

Tremblay was playing outside in the rail yard on the day she died. Witnesses described a van in the area at the time of her murder. Just one block away, her mother and her mother’s boyfriend were dining at the LaSalle Social Club.

“While her mother and mother’s boyfriend remained inside the club, Melissa played in the adjacent neighborhoods and was last seen by a railroad employee and pizza delivery driver during the late afternoon hours,” Blodgett noted last month.

A frantic search ensued and the girl was reported missing that night. She was found the next day. A passing train had amputated one of her legs.

The defense did not argue for bail but asked that the decision be made without prejudice because it was “equally plausible” that the DNA found on the girl’s body could have come from another McClendon.

The attorney also disputed the evidentiary heft of the left-handedness theory.

“Regarding the left-handed nature of the wound,” Charles Henry Fasoldt said, “most people have two hands, and most people can use both.”

“I was 10 years old when this happened, so you imagine the person in your head and what they could possibly look like and who they could be and then you look and you see it’s a frail, old man,” Tremblay’s friend Sherry Carignan said outside the court in comments reported by Boston CBS affiliate WBZ-TV. “I did not think this day would ever come, it’s been so long, the case had gone cold and it was hard to follow when I was ten years old.”