9-Year-Old’s Girl Body Found Stuffed in Storage Locker After She Was ‘Locked in the Basement for an Extended Period of Time,’ Deputies Say 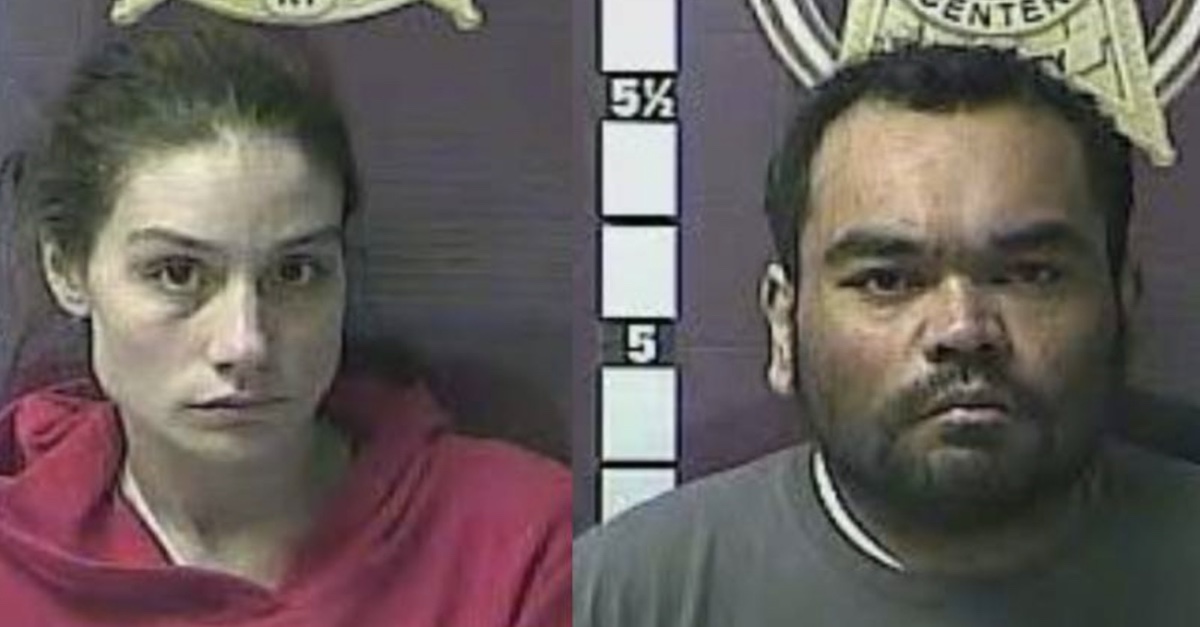 A 31-year-old man in Kentucky and his 27-year-old girlfriend were arrested this week after the man’s young daughter was found dead in a storage locker rented under the woman’s name, authorities say.

Jose Gomez-Alvarez and Cheyanne Porter were taken into custody on Tuesday and charged with one count each of abuse of a corpse and tampering with physical evidence, records reviewed by Law&Crime show.

According to a press release from the Daviess County Sheriff’s Office, deputies on the evening of Sept. 30 responded to a call about a possible missing person’s complaint. Police say the caller had “garnered knowledge and was concerned that a juvenile female was missing from a known family.”

“The caller stated that Jose Gomez-Alvarez and Cheyanne Porter care for several children, however, one particular female child hadn’t been with them for some time,” the release states. “The caller stated that they had different excuses as to why this child was never with the other children and believed something may have happen to the child.”

Investigators said they began looking into the caller’s claim and soon learned that Gomez-Alvarez, Porter, and the children they cared for were transient, and had been living in hotel rooms in multiple states throughout the year. Police created a Facebook post in an effort to locate Gomez-Alvarez and Porter to check on the welfare of the children and the status of the possibly missing child, who had not been reported missing to any other law enforcement agencies in the state.

The sheriff’s office subsequently filed a missing person’s report on the girl.

Investigators say that on Oct. 4 they obtained information that led them to a storage facility located in the 3400 block of New Hartford Road in Owensboro, just south of the border between Kentucky and Indiana. A storage container being rented to Porter was located inside of the facility and deputies obtained a warrant to search its contents, authorities said.

“Upon searching the contents, a tote was located with suspected human remains,” the press release said. “The Daviess County Coroner’s Office was contacted and transported the human remains to the Medical Examiner’s Office in Madisonville, Kentucky for autopsy and future positive identification.”

Arrests warrants were issued for Gomez-Alvarez and Porter who were located later that day in Berea, which is just under four hours east of Owensboro. Troopers with Kentucky State Police Post Seven responded to the location and took the pair into custody. They were transported to the Madison County Detention Center are are currently in the process of being transported to the Daviess County Detention Center.

A copy of the probable cause affidavit obtained by Evansville NBC affiliate WFIE provided additional details on the investigation and identified the deceased child as 9-year-old Alianna Maya Gomez-Alvarez, noting that she had not been seen since November 2021.

The document reportedly states that when investigators were searching for Alianna, one of the girl’s siblings “told them that Alianna had died in their home in Evansville, and pointed them in the direction of the storage units.” Alianna’s siblings also reportedly told investigators that they were neglected.

“Alianna died of convulsions after being locked in the basement for an extended period of time,” the report said, attributing the details to deputies.

When questioned about his daughter’s death, Gomez-Alvarez reportedly told authorities that he did not report it because he was scared that he would “get in trouble.”

Gomez-Alvarez is scheduled to appear in court for his arraignment Wednesday morning.