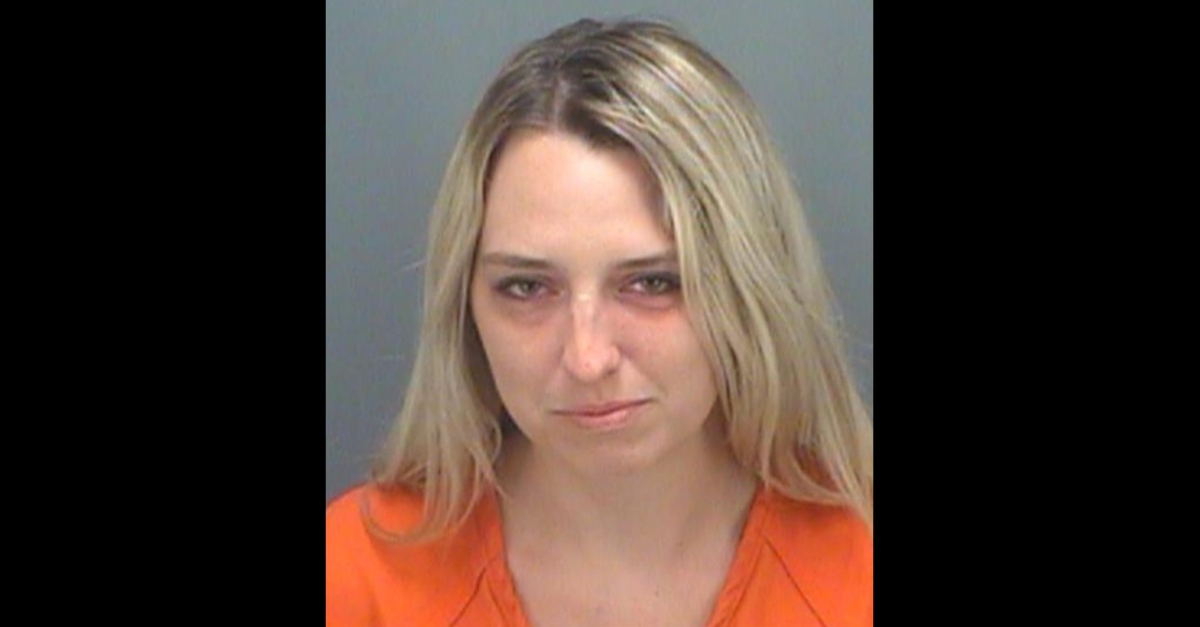 Chances are there’s a rideshare app on your phone. In recent years, the industry has become a potent challenger to classic taxi services. Maybe you’re a lawyer late for court, a reporter meeting up with a source, or a traveler visiting family on a holiday. You could even be a theft suspect trying to make a getaway. Hey, everybody needs a ride from time to time.

Kate Bailey Francis Lamothe, 24, was arrested Tuesday after she allegedly stole a $42.79 vaping device, and tried to use two separate rideshare services to escape, according to the arrest report obtained by Law&Crime.

This story comes out of Pinellas County, Florida. Lamothe, a Tennessee resident, asked an Exxon store clerk for a Juul electronic cigarette, but ran off before paying, said deputies.

How in the world could authorities catch her? Well, her Lyft driver refused to comply with her demands after she tried to get him to leave the scene, deputies said.

Lamothe allegedly had a plan B: Uber! She contacted a driver, walked from the Exxon and was apprehended in the adjacent parking lot in an Uber van, authorities said.

The defendant was charged with misdemeanor retail theft, records show. She bonded out of the Pinellas County Jail on $150 cash bond.

Records show that Lamothe is being represented by the local public defender’s office. Her attorney didn’t immediately return a Law&Crime request for comment, but a clerk told us that, as a matter of policy, the office doesn’t comment on pending cases.

“Safety is fundamental to Lyft,” a Lyft spokesperson told Law&Crime in a statement. “The behavior described is concerning, but we are glad the driver is safe. Lyft stands ready to assist law enforcement with their investigation.”

The company said that it deactivated the defendant’s account.

Uber did not immediately respond to a Law&Crime request for comment.