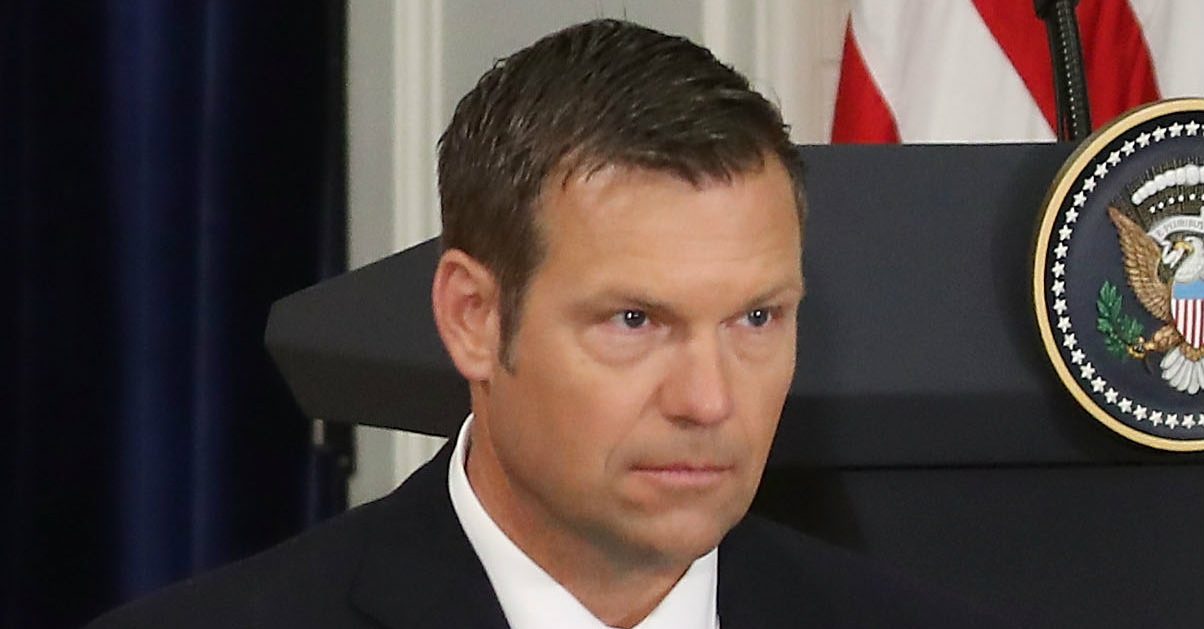 Kansas Secretary of State Kris Kobach continues to suffer embarrassments in the case dealing with his state’s proof of citizenship law for voter registration. The latest comes in the form of court filing he submitted on Tuesday that appears to be more of a rough draft than a finished product meant for the court’s review.

The case, brought by the ACLU on behalf of the League of Women Voters and individual Kansas residents, argues that the law violates the National Voter Registration Act by making it unduly difficult for people to register. Kobach’s latest court filing is a proposed finding of fact and conclusion of law, which is basically a proposal for how the judge should rule on the case following last month’s bench trial.

Unfortunately for Kobach, the document filed with the court, signed by attorney Garrett Roe but also bearing Kobach’s email address, doesn’t seem to be totally done. In the Proposed Legal Conclusions section, Kobach lists several determinations he wishes the court to make, providing reasoning behind the conclusions. Well, except for one. The fourth paragraph proposes an argument claiming that the plaintiffs lack standing to bring their lawsuit, and includes a note, seemingly from the writer to himself, suggesting that this may not be a worthwhile argument. The paragraph, on page 62 of the document embedded below, says:

Plaintiffs Fish, Bucci and the League of Women Voters lack standing? PROBABLY NOT WORTH ARGUING?

The next paragraph, marked with a 5, is left blank, and then Kobach continues in paragraph 6.

Sadly, while this may be the biggest error in the document, it’s not the only one. On page 43, paragraph 97, Kobach discusses how it is illegal for non-citizens to register to vote. In the paragraph’s three sentences, “non-citizens” is spelled once with a hyphen, once without as “noncitizens,” and the word is accidentally omitted once, resulting in the sentence, “It has been illegal in Kansas to register to vote for years.”

Kobach, who was sued in his official capacity as Secretary of State, notably opted to represent himself along with other attorneys instead of letting the state Attorney General handle the case. As a result, he had a tough time during the trial, where Judge Julie Robinson pointed out several errors they made regarding basic civil procedure. This includes testimony from an expert witness being disregarded because the expert’s opinion had not been properly outlined in a pre-trial report.