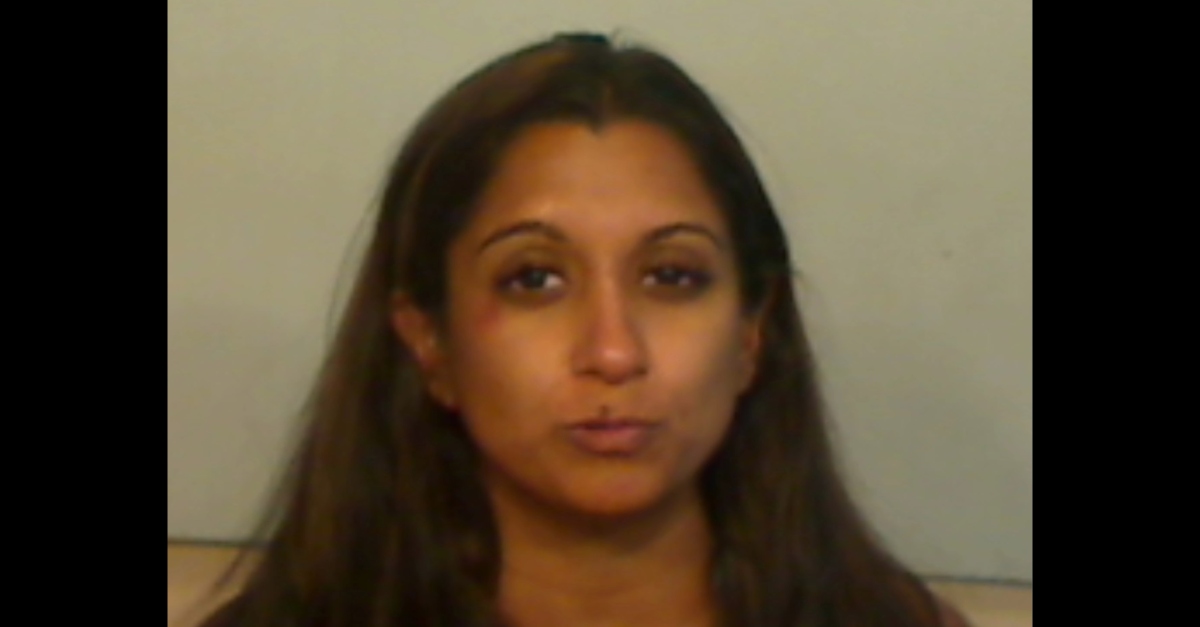 Deputies in Monroe County, Florida say an attorney led them on a high-speed case before name-dropping celebrities, and demanding pizza.

It happened Monday when a deputy saw Reena Patel Sanders, 38, speeding down US-1 in her Lexus SUV, according to officials in a NBC 2 report. She allegedly didn’t stop even when the official turned on his lights and siren. The defendant led the official on a chase, but almost crashed at one point, and then later fishtailed, officials said. The deputy managed to box in her vehicle, and held her at gun point, according to the sheriff’s office.

Another deputy arrived at the scene to help take her out of the SUV, authorities said. Officials claim she smelled of alcohol, and seemed impaired, according to an arrest report obtained by The Miami Herald.

Sanders allegedly cursed at deputies. She named-dropped actors like Dwayne “The Rock” Johnson, Owen Wilson, and Ryan Reynolds, authorities said. She allegedly said she fled from the deputy because she was scared.

The story doesn’t end there. Sanders allegedly asked when she could return to her hotel. When told she was going to jail on a “litany of charges,” she said no, and “insisted we get pizza,” said a deputy. The defendant allegedly said she hung out with celebrities, and belonged to a “big law firm.”

Authorities said she denied medical attention even though she initially asked for medics, and refused to take a blood alcohol test at the substation.

She denied wrongdoing in a phone interview with Law&Crime, and emphatically promised to fight charges with the aid of an attorney.

The Florida Bar currently says Sanders is a member in good standing who is eligible to practice law.