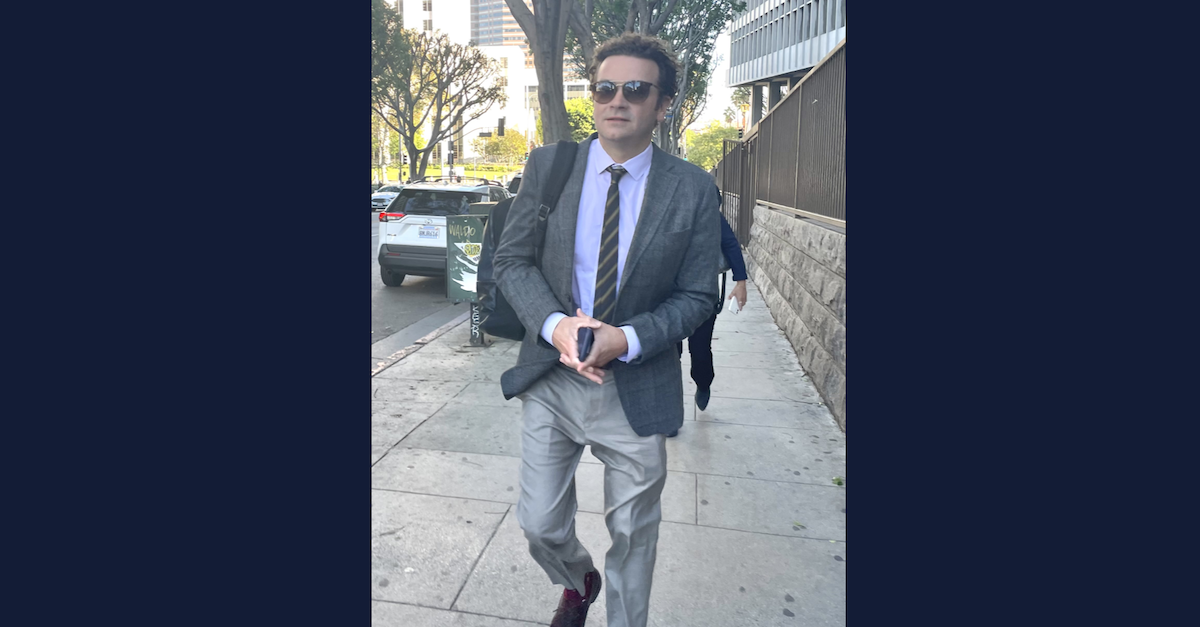 Jurors in the rape trial of actor Danny Masterson will return to court Tuesday after deliberating all day Monday without reaching a verdict.

“They have no idea when they are going to be available because they are symptomatic with COVID and tested positive yesterday,” Olmedo said.

That meant deliberations began anew Monday, and the judge told the jurors that before sending them back to the jury room about 9:15 a.m. The foreperson had notified the court on Nov. 18 that they were unable to agree on any of Masterson’s three rape charges, but Olmedo declined to declare a mistrial and instead told jurors they hadn’t deliberated long enough to fully consider all the evidence and thus they can’t be deadlocked.

Masterson’s lawyer Philip Cohen told Olmedo then that he didn’t “necessarily” object to jurors being told to deliberate further, but he opposed them not returning until this week. He cited the possibility of outside information influencing jurors, particularly during the week of Thanksgiving when many gather with friends and family.

California is among several states that have restructured a jury instruction allowed under an 1896 U.S. Supreme Court decision, United States v. Allen, that says a court can instruct deadlocked jurors to reexamine their views. The so-called Allen charge is often used in federal court, but a 1977 California Supreme Court case said it’s too coercive. That led to the much less intrusive instruction about the length of deliberations, which lawyers told Law&Crime judges frequently read to deadlocked juries in superior court trials.

Cohen on Monday reiterated his concerns with the Thanksgiving break and said he objected “to any to any changes to the jury at this point.” He also questioned the judge’s decision to send jurors home about 2 p.m. on Nov. 18 after telling them they hadn’t deliberated long enough.

Allowing them to leave “seems inapposite to not deliberating long enough,” Cohen said.

Deputy District Attorney Reinhold Mueller did not object to the two jurors who are symptomatic with COVID being dismissed from deliberations, and Olmedo rejected Cohen’s request for a mistrial. Another alternate juror has strep throat, and Olmedo dismissed another alternate early in trial for repeatedly falling asleep, so the jury is down to a single alternate.

The new jury then deliberated until shortly after 4 p.m., breaking for a 90-minute lunch at 12:15 p.m. They are to return Tuesday at 9 a.m. to Olmedo’s courtroom at the main criminal courthouse in downtown Los Angeles. It was never publicly stated how split the original jury was, but one court watcher told Law&Crime the swapping of two jurors could be a huge game changer.

Re: The Masterson jury. Indeed, this could be a huge game changer. But obviously we don’t know exactly how yet. Stay tuned. pic.twitter.com/qeakYKAykC

Masterson is accused of raping three women at his former home in the Hollywood Hills between 2001 and 2003. At the time, he was one of the biggest stars on TV, playing Steven Hyde on “That ‘70s Show.” Masterson has been joined in court each day of the four-week trial by a group of family and friends, including his wife, Bijou Phillips, and her half sisters, Mackenzie Phillips and Chynna Phillips. The Phillips sisters’ father is the late John Phillips of the Mamas & the Papas, and Chynna’s mother is Michelle Phillips, also of the Mamas & the Papas. Chynna is married to Baldwin brother Billy Baldwin, who was at the courthouse a couple days last week but was not there on Monday.

Masterson is out of jail on bond. He faces 45 years to life in prison if convicted.

The trial has cast a spotlight on the Church of Scientology because Masterson is a devout member, and the women he’s accused of raping were members at the time of the alleged rapes. All three have since left Scientology, describing in testimony attempts within the church to discourage them from reporting Masterson. Each also testified to currently being harassed and stalked by the Church of Scientology.

The Church of Scientology denies the allegations and has accused the district attorney’s office of trying to use Masterson’s religion against him.

Judge Olmedo limited testimony about Scientology to five areas: why the alleged victims didn’t contact police sooner; their fears of being declared a “suppressive person” within Scientology; the alleged harassment they’re allegedly experiencing by the Church of Scientology; and past and present ties to Scientology as it relates to their current state of mind.

Read Law&Crime’s past coverage of the Masterson trial here.