‘He Appears to Be a Continuing Threat’: Britney Spears’ Ex-Husband Jason Alexander Must Stand Trial on Felony Stalking Charge 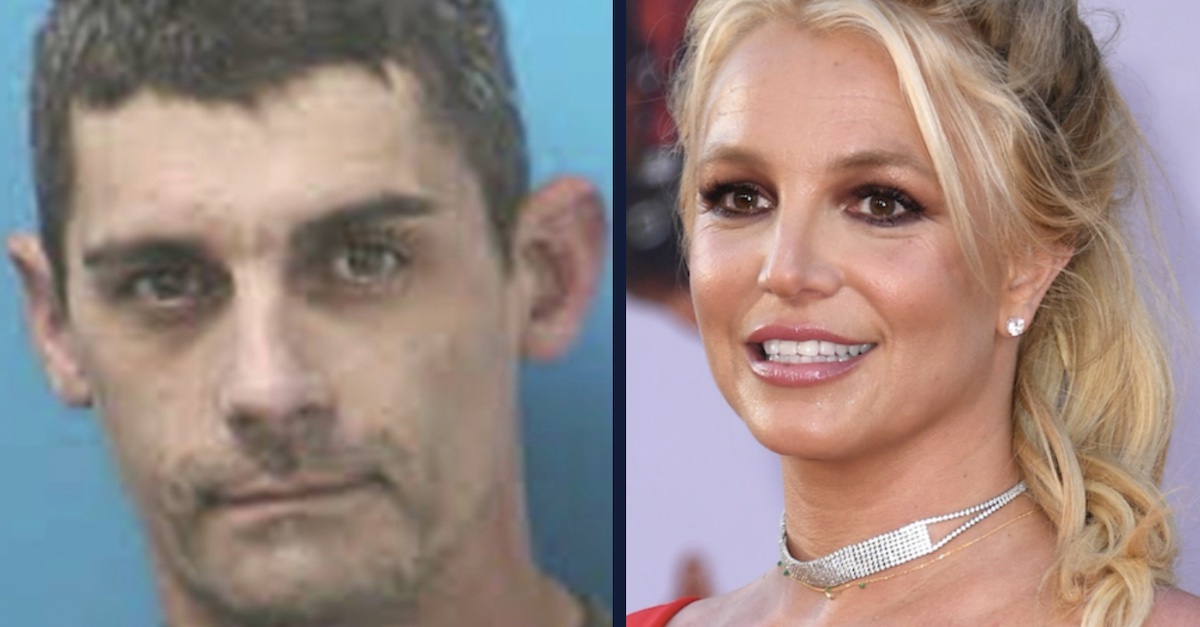 The man who first wed Britney Spears will stand trial in early July on one charge of stalking for an incident that occurred outside of the pop icon’s latest wedding earlier this month, a judge in California ruled.

Jason Allen Alexander, 40, stands accused of one felony count of stalking with prior(s), according to Ventura County Superior Court records reviewed by Law&Crime. He is also charged with one misdemeanor count each of: trespassing and refusing to leave the property; vandalism resulting in damage; and battery. The defendant did not speak during the preliminary hearing but his attorney Sandra Bisignani entered not guilty pleas on each of the charges.

According to law enforcement and contemporaneous reports, Alexander showed up at Spears’ home in Thousand Oaks, Calif. on the day of her marriage to Sam Asghari – without an invitation. When asked to leave, Alexander allegedly did not comply but instead raced inside the residence and up the stairs just hours before the ceremony.

During the preliminary hearing on Monday, Spears’ security guard Richard N. Eubeler testified that Alexander attempted to gain access to Spears’ locked bedroom door on the day in question.

“He started reaching into his right pocket,” Eubeler said, according to Rolling Stone. “I drew my weapon and held it to my chest.”

After that, the security guard testified, Alexander ran to a game room in the house and began shouting for his ex-wife. Allegedly ordered to leave at that point, the defendant allegedly said: “Fuck that, I’m going back the same way I cam.” And then he allegedly broke a door handle.

“She was very upset and wanted everybody to leave the property,” Eubeler told the court, referring to the legendary singer.

And, in fact, Eubeler said, Spears herself did leave – with her husband-to-be, in order to console and defuse her childhood friend to whom she was briefly married to (for less than three days) in 2004. That minute union – apparently fueled by alcohol and that amorous-like allure of Las Vegas, Nevada – was quickly annulled.

Alexander, however, has consistently maintained that their marriage was forcibly cut short under “duress” and pressure from Spears’ family – and part of a long-running effort by other members of the Spears clan to control the diva’s life, namely, her money.

In any event, Spears and Asghari took it upon themselves to look after Alexander after the alleged intrusion.

“She and her fiancé had left to try to calm down,” Ventura County Sheriff’s Detective Dylan Foley testified.

Bisignani insisted her client was just trying to make sure all was well on the happy day – in a bid to have the felony charge reduced to a misdemeanor, according to Rolling Stone journalist Nancy Dillon.

“Mr. Alexander’s intent was to talk to Britney, to check on her wellbeing, to make sure that this was what she really wanted, not to place her in fear,” the attorney testified as Alexander sat next to her.

The court was not moved by that argument.

“It’s been established that he appears to be a continuing threat given the efforts he went through to insert himself into this event,” Ventura County Judge David Worley said, maintaining the felony charge.

Alexander’s arraignment is currently scheduled for the afternoon of July 12, 2022. He has been detained in Ventura County since being arrested earlier this month. His bail is set at $100,000.

“[I] look forward to working with law enforcement to ensure Alexander is aggressively prosecuted and hopefully convicted, as he should be,” Spears’ lawyer Mathew Rosengart previously told the pop culture magazine. “This was an outrageous security breach, which I am livid about, but fortunately Britney is safe and she was a stunning and happy bride.”

Earlier this year, Alexander pleaded guilty to stalking an unidentified woman in Tennessee.