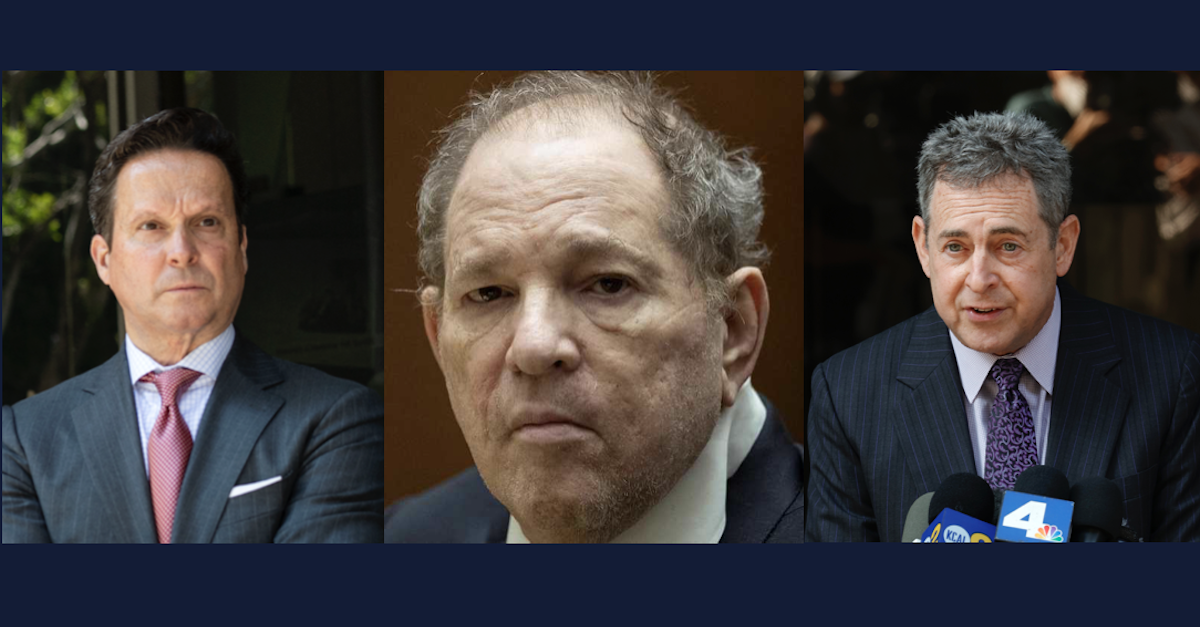 Harvey Weinstein‘s defense witnesses on Monday included a choreographer who disputed testimony from a woman who said Weinstein sexually assaulted her while they were in Puerto Rico filming the movie Dirty Dancing: Havana Nights.

JoAnn Jansen said she didn’t recognize the woman, identified in trial as Ashley, nor did she see her while filming in Puerto Rico almost 20 years ago. She also said no dancer ever approached her on set concerned that Weinstein wanted to meet with her.

That contradicts what Ashley told the jury on Oct. 27 about Weinstein arranging a meeting with her in which he masturbated on her face and breasts. Deputy District Attorney Marlene Martinez emphasized in cross-examination the large number of dancers on set, but Jansen was steadfast in her testimony that she would recognize every single one of them, which she acknowledged is “odd.” She also disputed Ashley’s testimony that her scene was to be filmed in one day, saying, “It takes quite a while to learn a dance and you’re coaching them and working with them constantly. It’s not like one day.”

Jansen also said she doesn’t remember Weinstein interacting with anyone besides her on set, but she also acknowledged she’s not aware of all that happened behind the scenes. She also said doesn’t know who Bonnie Hung is, nor does she remember Weinstein having an assistant.

“I have no recollection of meeting her in Puerto Rico,” Bonnie Hung testified today.
“I don’t recall going to the hotel.”
Through she did say under further questioning: “It is possible. I just don’t remember.”

Jurors, however, have already heard from Hung, who testified on Nov. 4 that she has no memory of Ashley or a trip to a hotel that Ashley said included Hung basically setting her up to be sexually assaulted by Weinstein. But Hung also acknowledged she traveled to Puerto Rico in 2003 for Dirty Dancing: Havana Nights filming with Weinstein, which could help Martinez’s inference in cross that Jansen doesn’t know everything that happened in Puerto Rico.

Still, Weinstein’s lawyer Mark Werksman emphasized in his redirect examination several aspects of Ashley’s testimony that Jansen plainly contradicted, including that she’d rehearsed for a week for a scene that she never showed up for because she was too distraught over Weinstein assaulting her. Weinstein is not charged with a crime related to Ashley; rather, she testified under the doctrine of prior bad acts, which allows for the admission of uncharged alleged wrongdoing for narrow circumstances unrelated to character.

Jansen was the last witness on Monday, with jurors dismissed about 2 p.m. Trial will to be in session Tuesday, then jurors will hear testimony from a final defense witness, an FBI agent, before closing arguments begin.

“I expect you will get this case probably Thursday,” Lench said.

Jansen’s testimony followed testimony Monday morning from Samuel Jagger, a former general manager at Mr. C’s hotel in Beverly Hills, where Weinstein allegedly sexually assaulted Jane Doe 1 after showing up at her room. Jagger confirmed Jane Doe 1 complained about dust in her room, which was logged in the hotel’s computer system on Feb. 19, 2013. That’s the morning after Jane Doe 1 testified Weinstein assaulted her, for which he’s charged with three crimes: forced oral copulation, forcible rape and penetration with a foreign object.

Jagger was followed by Matthew Morocco of the Los Angeles Fire Department, who testified about an alarm firefighters to which responded at Mr. C’s hotel the night Jane Doe 1 says Weinstein raped her. Jurors first heard about the alarm in attorney Alan Jackson‘s cross-examination of Jane Doe 1 on Oct. 25, in which she said she didn’t hear an alarm and Jackson implied it supports Weinstein’s defense that Jane Doe 1 is lying and Weinstein never went to her room.

The third witness was Beverly Hills police Detective Stephanie Frias, who spoke with Jane Doe 1 in 2017 about her daughter being sexually assaulted. Frias said Jane Doe 1 never mentioned anything about her own alleged assault by Weinstein.

Werksman confirmed to Law&Crime that he will not be calling expert witness Deborah Davis, a psychology professor at the University of Nevada-Reno who also testified in defense of Bill Cosby in his 2019 sexual assault trial in Pennsylvania.

I’ve confirmed with Mark Werksman that they will not be calling expert witness Deborah Davis. He must’ve heard what I once heard U.S. District Judge David O. Carter tell a bunch of lawyers: If you think jurors are paying attention to your expert witnesses, you’re smoking dope.

Along with Hung, a witness who supported Weinstein’s defense was called by prosecutors in an apparent attempt to get ahead of the defense. She was Claudia Salinas, who on Nov. 9 disputed testimony from Jane Doe 2 about another alleged assault by Weinstein at the Montage hotel in Beverly Hills in February 2013.

Weinstein also confirmed to Los Angeles County Superior Court Judge Lisa B. Lench on Monday that he won’t be testifying, answering “yes” when Lench asked if he understood the decision was solely his and his alone.