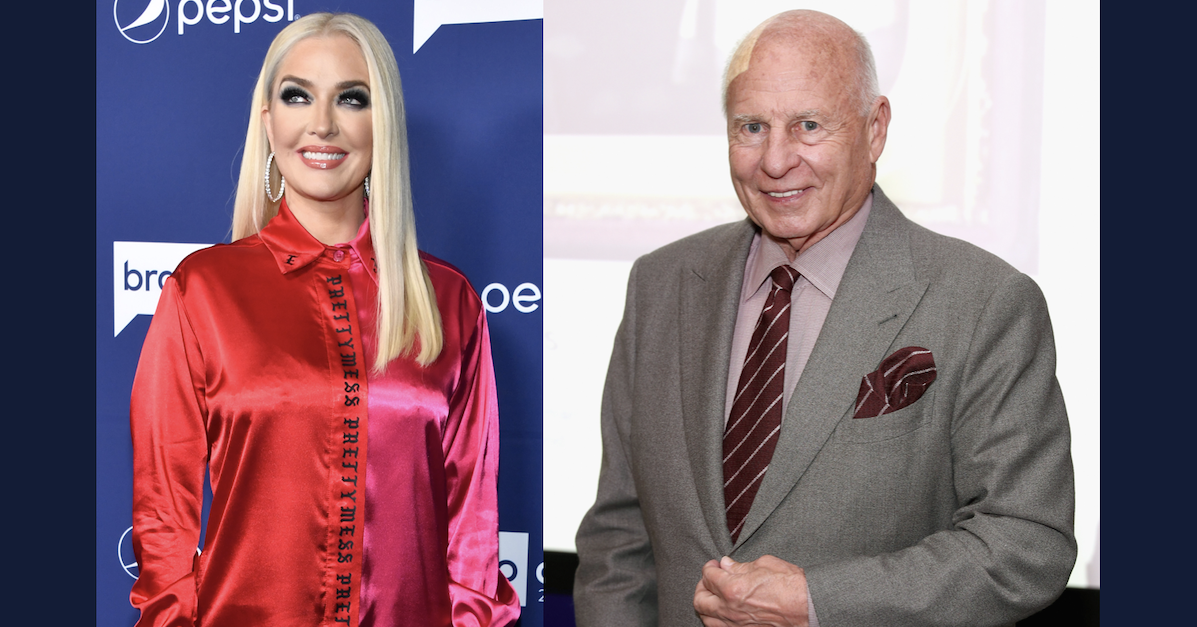 Real Housewives of Beverly Hills star Erika Jayne is asking a federal judge to stop her from having to relinquish a pair of high-end diamond stud earrings that a bankruptcy trustee says should be sold to help pay the near-$500 million debt for her disgraced husband’s law firm.

The earrings already are out of Jayne’s possession: A U.S. Bankruptcy Court judge ordered her to turn them over last July, and the trustee has been storing them in a bank safety deposit for months.

Jayne’s lawyer is appealing the turnover order in U.S. District Court, and he filed a brief late Thursday that the trustee can’t lawfully claim the earrings because Tom Girardi gave them to his Jayne in 2007 and any current claim “is time-barred by every imaginable statute of limitations” as well as California law.

Jayne, who filed for divorce in November 2020, was gifted the seven-carat earrings in 2007 by Girardi after a burglar stole a similar pair of diamond earrings he’d given her as a birthday or anniversary gift a couple years earlier. But the bankruptcy trustee for the firm Girardi controlled for years, Girardi Keese LLP, found records showing the now-disbarred megalawyer paid $750,000 in firm money for the earrings, and she wants them sold, with all money going to the firm’s estate.

Jayne’s appeal of U.S. Bankruptcy Judge Barry Russell’s July 11 turnover order comes as the trustee, Elissa Miller, is preparing to auction the jewelry. On Tuesday, Russell granted her request to hire an auctioneer to facilitate the sale. The auction is to include other jewelry given to the trustee by a Girardi associate last month, described in court documents as a small Tiffany heart-shaped diamond necklace, a small Cartier diamond necklace, a Bulgari pearl and diamond necklace and diamond stud earrings approximately 1.75 carats each, worth between $10,000 and $15,000. The source of the jewelry is identified by the trustee only as “a former ‘friend'” of Girardi’s, but the relinquishment occurred the same time Tricia A. Bigelow, a retired state appellate court justice who had a four-year romance with Girardi, was handing over to Miller property he’d given her that turned out to be paid for with firm money.

The company hired to run it, John Moran & Associates, has already facilitated auctions regarding Girardi’s estate, most recently on Sept. 21, with 253 items from “Girardi’s highly televised Pasadena mansion,” according to the auction website, including wine, art, books and furniture.

Miller hasn’t been shy about trying to use Jayne and Girardi’s fame to try to recoup more money for the firm’s long list of creditors: She said in her Aug. 30 request regarding the earring auction that the auctioneer “will capitalize on the TVG [Tom Vincent Girardi] and Real Housewives of Beverly Hills connection in its promotion” in an ad blitz that includes private, in-person previews to top jewelry dealers and collectors in Los Angeles and New York and a banner ad on Diamonds.net.

An estate auction in July 2021 netted about $300,000 in items seized from the Girardi Keese headquarters in downtown Los Angeles, including a 2011 Cadillac scooter for $6,400. A signed poster for the movie Erin Brockovich also went for $1,550; the film was based in part on Girardi’s work in a class action against California utility giant Pacific Gas & Electric.

Jayne’s lawyer, Evan Borges, has emphasized that she had no idea what was going on with her husband’s law firm, and that Girardi controlled all their finances. Her direct knowledge, however, isn’t needed for the trustee to seek debt compensation through her: Bankruptcy trustees frequently initiate so-called adversary proceedings against recipients of fraudulently spent money who are guilty of nothing more than accepting payments or goods without knowing the true source.

With Jayne’s earrings, Miller found financial records showing Girardi had purchased them in 2007 with $750,000 from a highly restricted client trust account created for mass torts litigation he was leading involving the anti-diabetic drug Rezulin. The work had given him a huge payout: Miller found records showing his firm received $22.5 million in attorney fees and costs.

The money in the client trust account was meant for clients who’d been victimized by the Rezulin drug, and the fact that some of it paid for the earrings means Jayne “has no legal or equitable right” to the earrings, Miller wrote in her initial request in January. Russell agreed but found there was no evidence Jayne knew of the true source of the gift, which her lawyer emphasized in his new appellate brief, arguing it shows Miller didn’t prove the earrings are indisputably property of the firm’s estate as the law requires.

“Ms. Girardi owned and wore the earrings for over 15 years prior to the Trustee’s action, and never had reason to doubt her ownership,” wrote Borges, a partner at Greenberg Gross LLP. His main argument, though, focuses on the statute of limitations for claiming fraudulent transfers, which he said “extinguishes any cause of action for fraudulent transfer based on transactions occurring more than seven years before an action is filed.”

However, Miller’s lawyer, Larry Gabriel, argues the appellate issues concern whether Girardi committed embezzlement by using stolen money to buy the earrings, and whether Jayne “committed the act of conversion” when she initially refused to handover the earrings after she was informed they’d been purchased with money meant for her husband’s clients.

Gabriel will be able to file a formal reply to Borges’ brief before the assigned judge, U.S. District Judge Dale S. Fischer in Los Angeles, makes a decision.