The police chief in Tampa, Florida, has resigned from her post, the city’s mayor announced on Monday morning. As seen on bodycam video, top cop Mary O’Connor mentioned her position when a Pinellas County deputy stopped her and her husband as the couple rode in a golf cart down a street.

“Is your camera on?” O’Connor said on video. She was in the passenger seat while her husband was driving.

“It is,” said the deputy identified as Jacoby.

“I’m the police chief in Tampa,” she said. 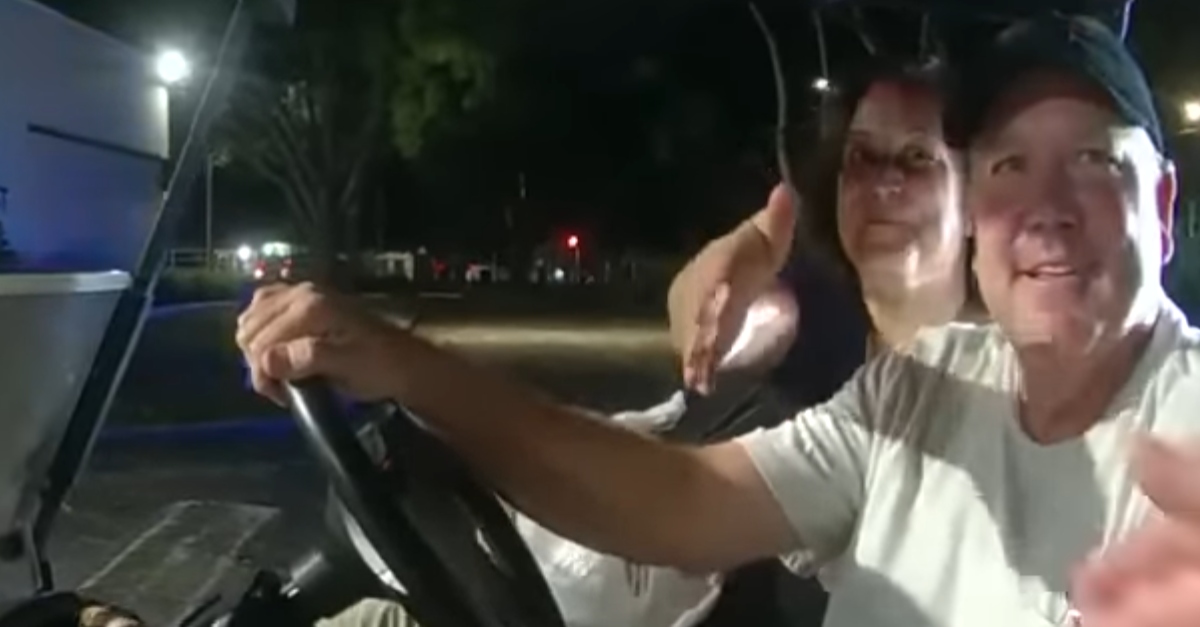 Police Chief Mary O’Connor and her husband during a Nov. 12, 2022 traffic stop.

Jacoby noted that she looked familiar.

Jacoby said it was nice to meet her. They shook hands.

“If you ever need anything, call me,” O’Connor said after handing the deputy her business card. “Serious.”

“After careful review of the video, documentation, interview, applicable department policies, procedures, and regulations as they apply to the facts of the case, I find that the investigation disclosed sufficient evidence to sustain violations of Tampa Police Department policy,” wrote Lee Bercaw, who will serve as acting chief of police pending a search to find O’Connor’s long-term replacement. “The Chief of Police is held to the highest standards above their offices. Chief O’Connor used her official position and her badge for obtaining privileges, not otherwise available, in an attempt to avoid the issuance of a traffic citation.”

According to the letter, O’Connor told an investigator she identified herself as a police officer for safety, but she admitted she made a mistake by asking the deputy to let them go without a ticket.

“Chief O’Connor advised she provided the deputy with her business card as she does with hundreds of citizens and law enforcement officers,” the report stated. “She added this action was not intended to give the deputy any type of preferential treatment.”

According to a release from the city, Tampa Mayor Jane Castor asked for O’Connor’s resignation and got it.

“It is unacceptable for any public employee, and especially the city’s top law enforcement leader, to ask for special treatment because of their position,” Castor wrote. “Public trust in Tampa’s police department is paramount to our success as a city and community. This is especially disappointing because I gave Mary O’Connor a second chance, as I believe in second chances for people. Which is one of the reasons that the disappointment today runs so deep. I had high hope for Chief O’Connor, as she was off to such a strong start by reducing violent gun crime, proactively engaging with our community and focusing on officer wellness. But these accomplishments pale in comparison to the priority I place on integrity.”

O’Connor had been on administrative leave.

“I would never want my personal mistake to stand in the way of the progress I have made in mending relationships between the police department and the community, so for that reason, I am resigning,” O’Connor wrote in her resignation letter.