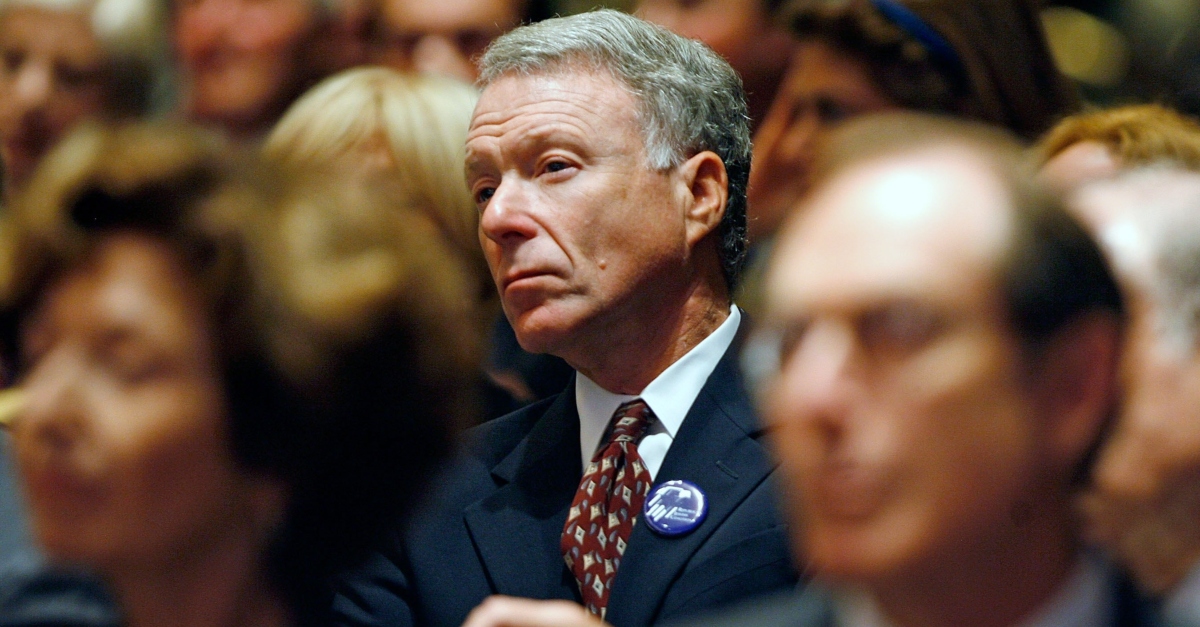 Tough Cases: Judges Tell the Stories of Some of the Hardest Decisions They’ve Ever Made

Reggie B. Walton, the federal judge who presided over the trial of I. Lewis “Scooter” Libby, is taking President Donald Trump to task for pardoning the former chief of staff of former Vice President Dick Cheney. Walton insisted that the defendant got fair treatment in the 2007 trial.

“As the events that occurred subsequent to the trial demonstrate, when politics are at play in a case, sometimes the facts and the law ultimately do not matter,” he wrote in a chapter of the new book, Tough Cases: Judges Tell the Stories of Some of the Hardest Decisions They’ve Ever Made.

Walton joins 12 other judges in sharing their most difficult decisions on the bench. Chapters cover some of the biggest news stories in the past decades, including the Terri Schiavo right-to-die dispute, and the Elián González custody battle. Other chapters concern more under-the-radar battles, such as an abuse case involving a mother suffering from Münchausen syndrome by proxy, and the redemption of a convicted drug dealer in a tribal court.

Libby’s situation touches closely on recent events. Trump pardoned Libby in April 2018 of charges in connection to the investigation over who leaked that Valerie Plame was an CIA agent. Libby was charged with lying to the FBI and for obstructing the probe, but not charged for the leak itself. The case traced the heights and depths of the Iraq War. It had been argued that Plame’s status was leaked because her husband Joseph C. Wilson, a U.S. ambassador under President Bill Clinton, criticized the premise behind the armed conflict.

“I don’t know Mr. Libby, but for years I have heard that he has been treated unfairly,” Trump said in April. “Hopefully, this full pardon will help rectify a very sad portion of his life.”

Walton also pointed out that the Trump White House mentioned that former New York Times reporter Judith Miller recanted her testimony that Libby was her source for Plame’s status as an FBI agent. Walton said that even without Miller’s testimony, there was enough evidence to convict Libby. He also disputed the claim that Libby was treated “unfairly.”

“But in my opinion, both perspectives are simply false,” wrote Walton, who was nominated to the U.S. District Court for the District of Columbia by President George W. Bush in 2001. Walton is currently under senior status. The judge argued that investigating who leaked Plame’s status was a “legitimate endeavor.”

He said Libby’s statements to the FBI and grand jury legitimately led to charges, that the defendant was represented by “some of the best criminal defense lawyers in the county” and that Libby was prosecuted by a fair team of lawyers.

“And even if Judith Miller’s retraction of her sworn testimony is credited, there was a considerable amount of testimony from other witnesses presented during the trial that clearly supported the jury’s guilty verdicts,” Walton wrote.

Still, Walton said that when he was assigned the Libby case, a senior colleague told him that no matter how good of a job he did in presiding, there was the possibility the president might pardon the defendant.

Tough Cases is out now, and available through Amazon.

[Image of Libby in 2007 via Chip Somodevilla/Getty Images]