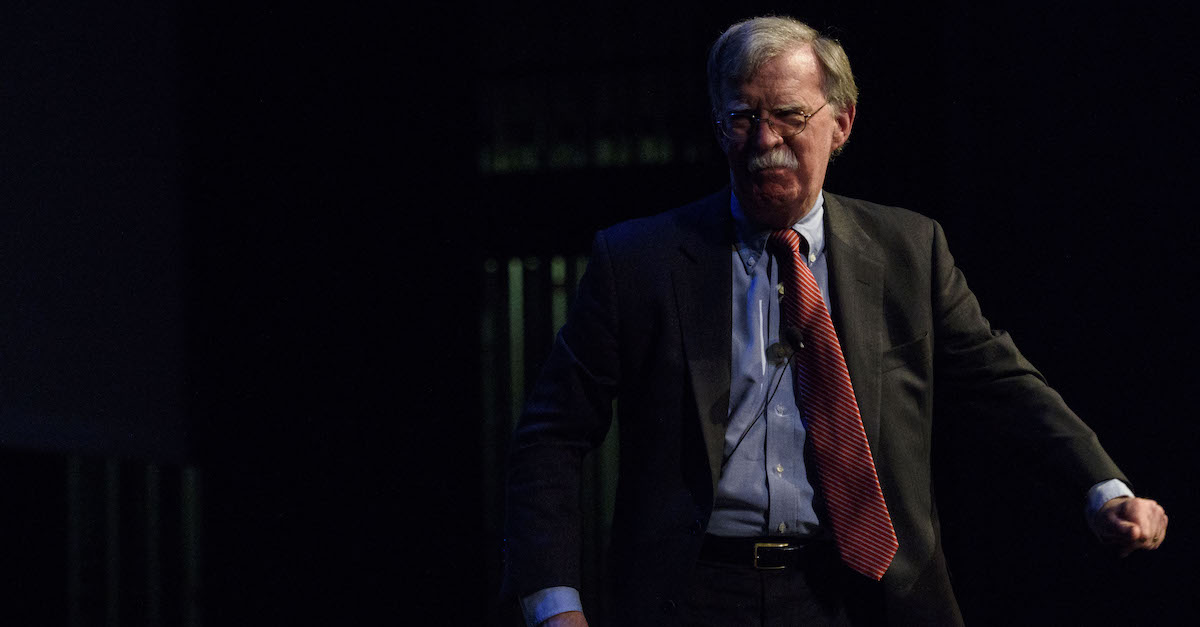 Lamberth, who previously rubbished concerns that the White House politicized the prepublication review process, said that the nondisclosure agreements Bolton signed imposed obligations not to skirt the prepublication review process and not to disclose classified information. The judge ruled that the Department of Justice “plausibly pleads” that Bolton breached those obligations:

Judge Lamberth said he would follow precedent (Snepp v. United States) when “declining to reach” the issue of whether Bolton breached his fiduciary duty. Instead, the judge focused squarely on whether the DOJ sufficiently pleaded that Bolton breached his contractual obligations, noting that at this stage of the litigation that the court “must accept as true all well-pleaded facts in a complaint when resolving a motion to dismiss.”

The judge kept it pretty simple: “In sum, the government sufficiently alleges that Bolton breached his nondisclosure obligations.” What about Bolton’s “four arguments to the contrary”?

“None are convincing,” the judge said.

2/Court has placed everyone on notice who face future prepub situations that SCI agreements will be construed broadly & w/great deference to USGOVT to protect national security.

Meaning, if you had SCI access, you best submit your writing for prepub review.

The civil case will move forward amid DOJ’s criminal probe of Bolton.

Read the memorandum opinion below: